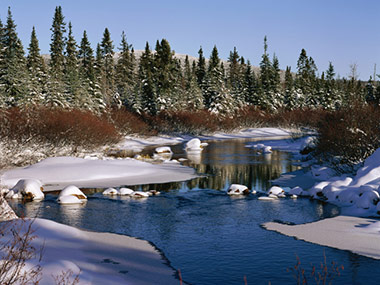 From major flooding in Duluth to devastating droughts throughout the Midwest, Minnesota experienced plenty of extreme weather last summer. And we may need to get used to that. A new draft report indicates that climate change will cause extreme weather events to become increasingly frequent and severe in Minnesota.

The recently released draft National Climate Assessment (NCA)* report confirms in exhaustive detail what many Minnesotans already know: climate change is very real, it is changing our environment in major ways, and it poses serious threats to our safety, our health and our well-being.

The report found that Minnesota and surrounding states are experiencing more severe heat waves, threats to the agricultural sector and more extreme rainfall events and flooding due in part to climate change.

The draft report incorporates input from more than 240 experts from around the country, and from federal agencies including the Department of Energy and NASA. These experts concluded: “The climate change of the past 50 years is due primarily to human activities, predominantly the burning of fossil fuels,” and there is “new and stronger evidence” that many of the recent increases in extreme weather are “related to human activities.”

Thankfully, we have the clean energy solutions at our fingertips to tackle this problem, but we need our elected officials to do more to put these solutions to work.

While the draft NCA report does not include policy recommendations, other reports have been clear about the need to combat global warming by cleaning up the largest sources of the carbon pollution that is fueling the problem. Minnesota policymakers have taken important steps on this issues, however, climate change must be addresses on a national level as well.

*The National Climate Assessment Development Committee, a 60-member federal advisory committee made up of scientists and other experts, wrote the draft NCA report. The NCA is produced every four years as mandated by a bill passed by Congress in 1990, and is now open to public comment before being finalized and given to Congress and President Obama. You can submit comments here: http://review.globalchange.gov/.