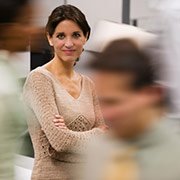 While the number of job openings more than doubled in the last four years, nearly half were part time and more than half were in low skilled professions, according to Jobs Now Coalition’s September analysis of Minnesota Department of Employment and Economic Development data.

“More than half of all openings are in seven large occupations—sales, janitorial, food preparation and serving, office and administrative support, personal care and service, production, and healthcare support. For these occupations the combined median wage is $9.35 per hour,” says Jobs Now Coalition’s Kevin Ristau.

It’s likely many of the jobs in personal care, health care support, and administrative support, which tend to pay in the $10/hour range, are driving up the median wage.

Other important but traditionally lower-paying openings have worse salaries. According to the Jobs Now fact sheet, sales and janitorial openings paid a respective $8.79 and $8.50 per hour median wage, with 60 and 70 percent respectively offering only part-time work.

The story was even grimmer for food preparation and serving openings, with a $7.50 median hourly wage and more than 80 percent of the openings at part-time, according to the September Jobs Now fact sheet. Many of the folks taking these jobs are adults and heads of households, who’ve been forced downward in the economy because of the recession, globalization, and automation. Contrary to popular belief, most minimum wage workers aren’t teenagers or even college students looking for some extra spending money.

In the short term, we must raise Minnesota’s minimum wage to at least $9.50 an hour, phased in over the next two years, and peg it to inflation. That would at least provide more purchasing power for all of Minnesota’s new workers in low paid industries. Had the minimum wage of the 1960s kept pace with inflation it would be more than $10 per hour. Instead it sits at $7.25.

“The cost to employers [larger or small] of a minimum wage increase is small relative to their total wage and compensation costs, and research shows that employers often absorb the increase through reduced turnover and increased revenue from local consumer spending, rather than layoffs,” says John Clay of the Jobs Now Coalition.

JOBS NOW’s Cost of Living research shows that a Minnesota family of four with both parents working full-time, each worker must earn $14.03 per hour to meet basic needs. Go to the Cost of Living calculator to find out the basic living costs in your county, or contact Kevin Ristau at kristau@jobsnowcoalition.org.