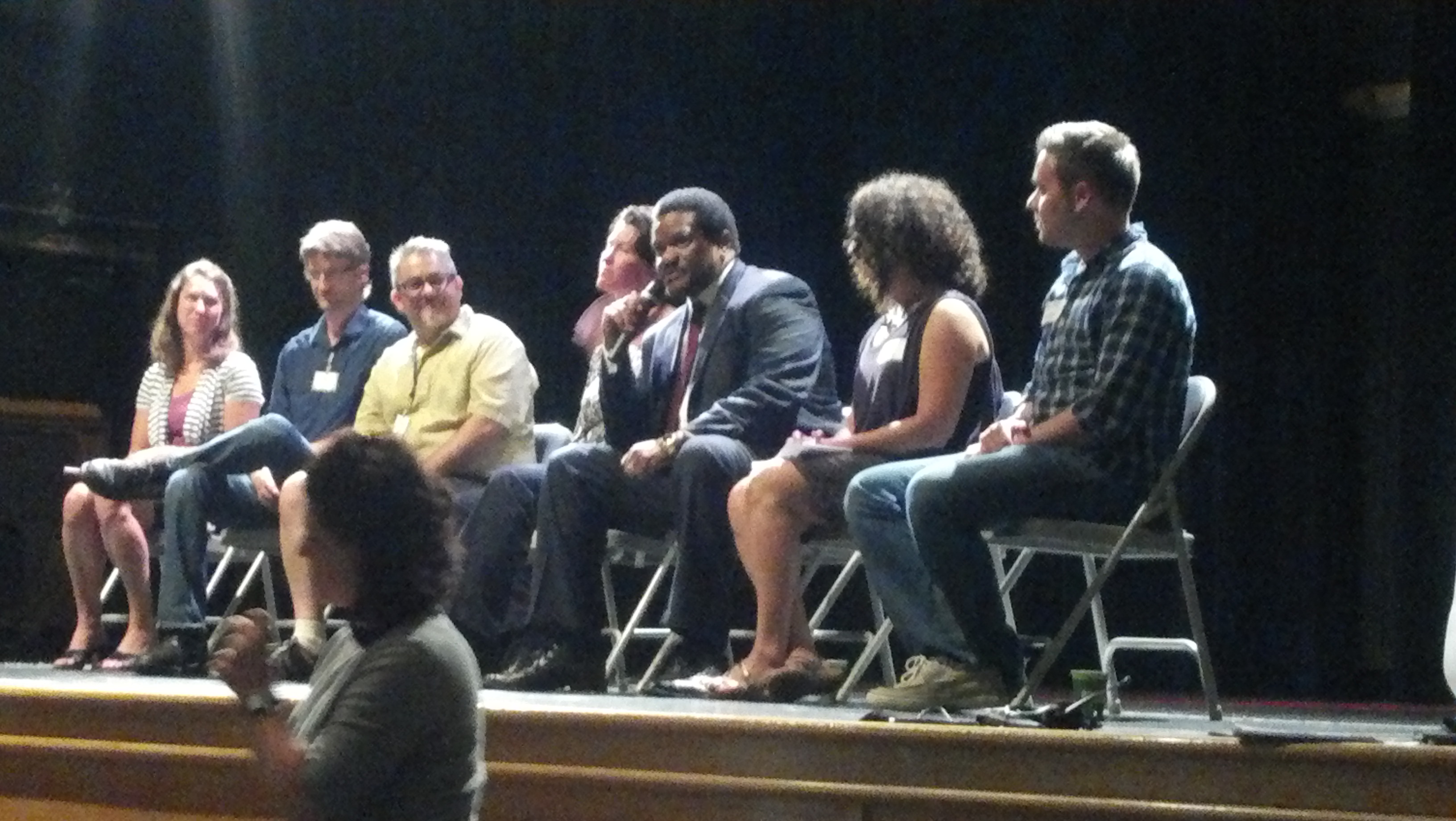 This is the intersection of 38th street and Clinton Ave. in the Bryant neighborhood where the Friendship Store will be located.

The Bancroft-Bryant-Central-Powderhorn Park neighborhoods of South Minneapolis exist in a “food desert” according to the United States Department of Agriculture. A food desert is a geographic area that experiences both high poverty rates and low access to large grocery stores.  In a June 9 listening session, community members responded to a proposal by Seward Co-op to locate a store right inthe middle of the neighborhoods. Residents made it clear that they were not going to allow the Seward Co-op to just “parachute in,” as one resident put it, and save the day.

Longtime residents of this area can tell the history of food access in their neighborhood: a long list of corner stores and small supermarkets that did not last long. They will also tell how far they usually travel to get fresh produce. For some, that distance is takes hours on city buses.

This is a major reason why the Seward Co-op chose a location in the Bryant neighborhood for their second store. They worked with the Carrot Initiative, a nonprofit organization working to bring a full service grocery store to the community, to identify the location. Bringing both fresh produce and a community focused model, the Seward Co-op could be just what this community needs.

For a community sick of being labeled a “food desert” and “marginalized” by external institutions, having a voice in the process is paramount. Community members, diverse in age, race and ethnicity, packed the auditorium at Sabathani Community Center to talk about Seward’s proposal.

They expressed concerns over whether a co-op grocery store could meet their particular needs. Would it be affordable enough for low-income residents? Would it be a safe and inviting space to welcome all of the cultural and racial diversity of the neighborhood? Would the community engagement process reach out to people of color?

A main concern of residents at the meeting was the lack of diversity on the panel that was there to answer questions. This bolstered fears that the new co-op could become a “white space” — a store that caters to privileged white residents while failing to meet the needs of residents of color or low income residents.

City Councilwoman Elizabeth Glidden said in her address to the group, “The community is here on the very ground step of this operation.” So far, only a purchase agreement has been signed, which means the co-op has well over a year to win over community support before building begins.

Doug Cole, longtime Bancroft resident, said this time felt different from others, “I have not been asked by the Dollar Store or Walgreens for input.”

The Seward Co-op and the Carrot Initiative will continue to ask for input from residents through neighborhood associations and listening sessions. If you would like to learn more, visit the Friendship store site.

This story includes Storify content below. [If you don’t see the Storify photos and comments below, please refresh your browser window.]