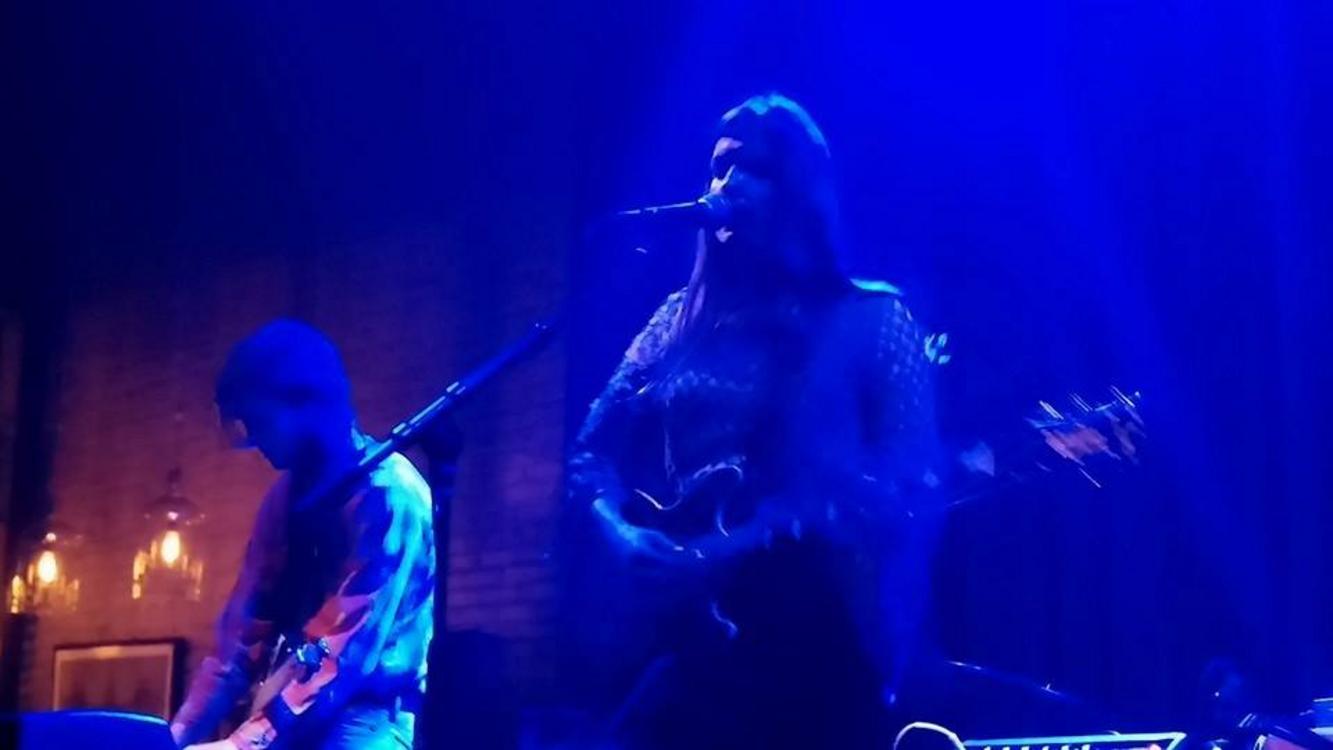 I spent too much time on the way home from Icehouse explaining that Moon and Pollution was electronica, but nothing like EDM, not as pounding and impersonal. I’ll stand by electronica but electronic pop is probably a more apt description.

For an electronic pop duo, Moon and Pollution has a lot of instruments on stage, which I think gives is a richer sound. Core members include Molly Dean and Graham O’Brien but there were others on stage last night, which again adds to the richness of the sound.

The drums set a pace that drives the songs forward. It’s a smart use of beat; together with the synthesized beats there’s a layering that again is not like the pounding of EDM but a more mature and subtle sound. (Not that there isn’t a time and place for EDM.)

The guitars are a nice addition too but it’s really Dean’s voice that captures the attention. There’s something a little haunting or other-worldly about her voice. It contrasts with the reverb and electronic rhythm making it very easy to listen to the music, not in a way where the music gets lost but more like the audience gets lost in the music.

The audience really seemed to like them and I know they have been called a band to watch. It would be great to see them do well in Minneapolis and beyond.