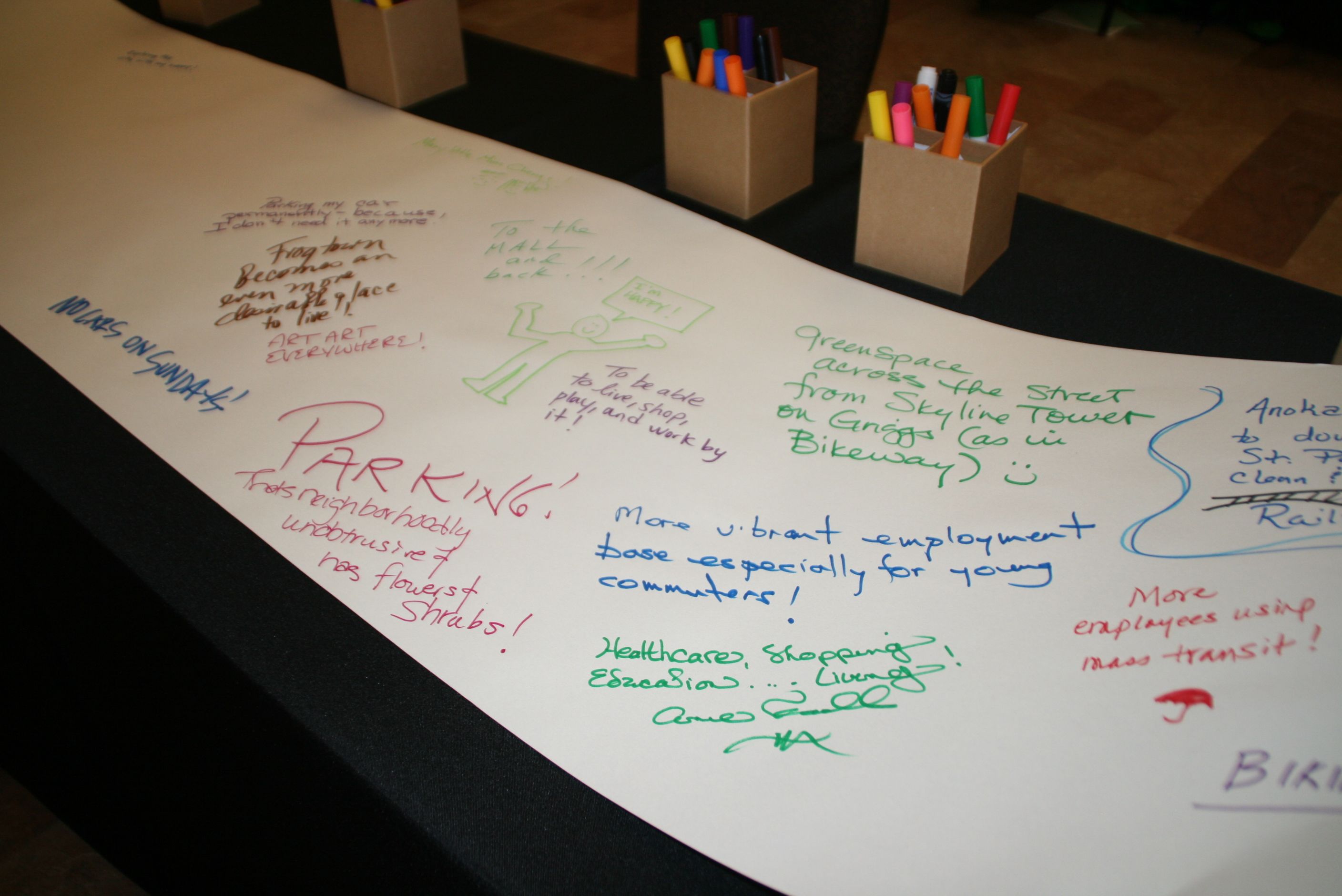 What’s a “corridor of opportunity?” Six St. Paul neighborhoods are about to discover — or to shape — the answer with Knight Foundation grants ranging from $1,000 to $75,000 over the next three years.

The Knight Foundation’s St. Paul chapter has announced a community challenge that they hope will create what they call “corridors of opportunity” for residents and small businesses along St. Paul’s soon-to-be opened Central Corridor light rail line. Called the Green Line Challenge, the grants are designed to advance community development by encouraging those who live or work in the neighborhoods around St. Paul’s Green Line to find ways to make the area even more vibrant.

The Knight Foundation is a 64-year old private non-profit dedicated to supporting innovative and transitional ideas to better journalism, local communities and the arts in eight cities around the country, including St. Paul.

The new $1.5 million grant project was presented to 990 of St. Paul’s movers and shakers at the 20th annual Great River Gathering, held at St. Paul’s Union Depot on May 8.  There are no restrictions as to who can apply. Grants will be distributed to the best ideas submitted by individuals, businesses, non-profits or institutions.

“The Green Line brings with it the potential to better connect people, places and ideas,” said Carol Coletta, the foundation’s vice president of community initiatives. “We want to build on that energy and the work already underway in the Central Corridor by supporting projects rooted in the community. We want to make dreams a reality.”

Polly Talen, Knight Foundation program director for St. Paul, said that they are open to reviewing any new idea that’s workable. “It’s the first year so we don’t know what to expect. That’s the big question. We have experience in running challenges of various kinds, but one of the great things about starting a project like this is we get surprised.”

The Foundation is looking for ideas that promote the quality of life in one or more of six St. Paul neighborhoods: Downtown St. Paul, Frogtown/Thomas-Dale, Hamline-Midway, St. Anthony Park, Summit-University or Union Park. “We can’t wait to see the ideas,” said Coletta.

Talen said she hopes to see a cross-section of institutions and individuals working together in areas as diverse as creating greater economic activity, adding or improving unique public green spaces or making the area friendlier to walking and biking, as well as new ideas for public art.

As community foundation, Talen said, the Knight Foundation will provide context, funders and a way for individuals and working groups to collaborate with public agencies, resident associations and colleges and universities. “We want to have a whole range of folks working together. We look for people with ideas, energy and enthusiasm but who need money to put their ideas into place,” she said.

St Paul Mayor Chris Coleman, who spoke at the event, called the Green Line Challenge an example of community engagement at its best. “Artists are our best community developers. They bring together a rich diversity of people around their collective aspirations for the future.”

Applications will be accepted from June 24 to July 24, and will be administered by the Saint Paul Foundation. Initial applications need to include only summary information. If chosen as a finalist, grant seekers will need to provide detailed information, including how much money is needed and how an applicant hopes to make his idea become reality. Applicants can apply for multiple grants.

Ideas submitted will be reviewed first by a panel of local community leaders who will look for proximity to the Green Line and the effect of a project on the area. Finalists will need to show that their idea is feasible, with projects that can be successfully executed within 12 months given priority. The panel will also determine how capable the winning applicants are to make their ideas a success.

Talen said she was expecting great things. “People in St. Paul don’t lack creativity. They’ve been living and working there and have been waiting for things to change,” she said.

“While people have been waiting for light rail, building on it for six or seven years,” she said. “This is more than that. The Green Line is just a train, but we hope this will be a way for all these other groups do things to better their neighborhoods and make the fruitful changes.”

CORRECTION 5/12/2014: The last quote has been amended for clarity. In addition, the “series of grants” reference has been changed to “community challenge” to more accurately describe the initiative.