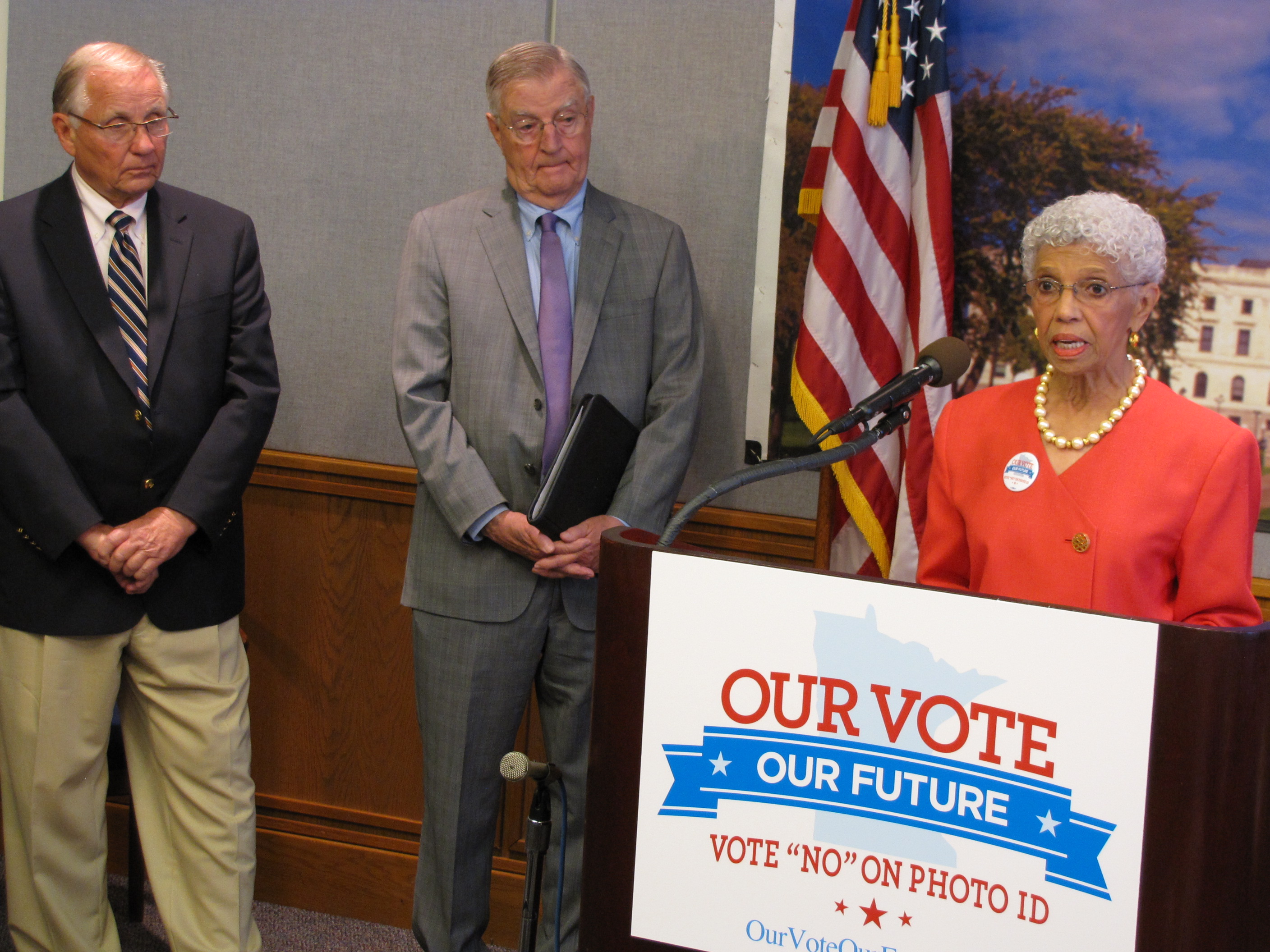 “Minnesota doesn’t have a voter problem,” Mondale said. In the 2008 U.S. Senate and 2010 governor recounts, he noted, “there wasn’t one suggestion, one hint, one whiff of a problem in the casting and processing of ballots… This constitutional amendment is designed to discourage voting. It’s not designed to fix a problem — because there isn’t one.”

“Frankly, it terrifies me,” said Carlson, denouncing the amendment. “Where does this constitutional amendment come from? A problem? Research? No. It comes from the Koch brothers” (right wing oil multi-millionaires bankrolling right-wing campaigns). “This is an outside force, coming to Minnesota, telling us how our constitution ought to be designed…”

Carlson noted that the amendment would end Minnesota’s same-day voter registration, which enables 500,000 people to vote.

Not so long ago, people died in the struggle for the right to vote, civil rights activist Johnson noted. “I urge every Minnesotan to vote no on voter ID November 6.”

The Minnesota AFL-CIO is part of the coalition opposing the photo ID amendment. For more information, visit www.OurVoteOurFuture.org