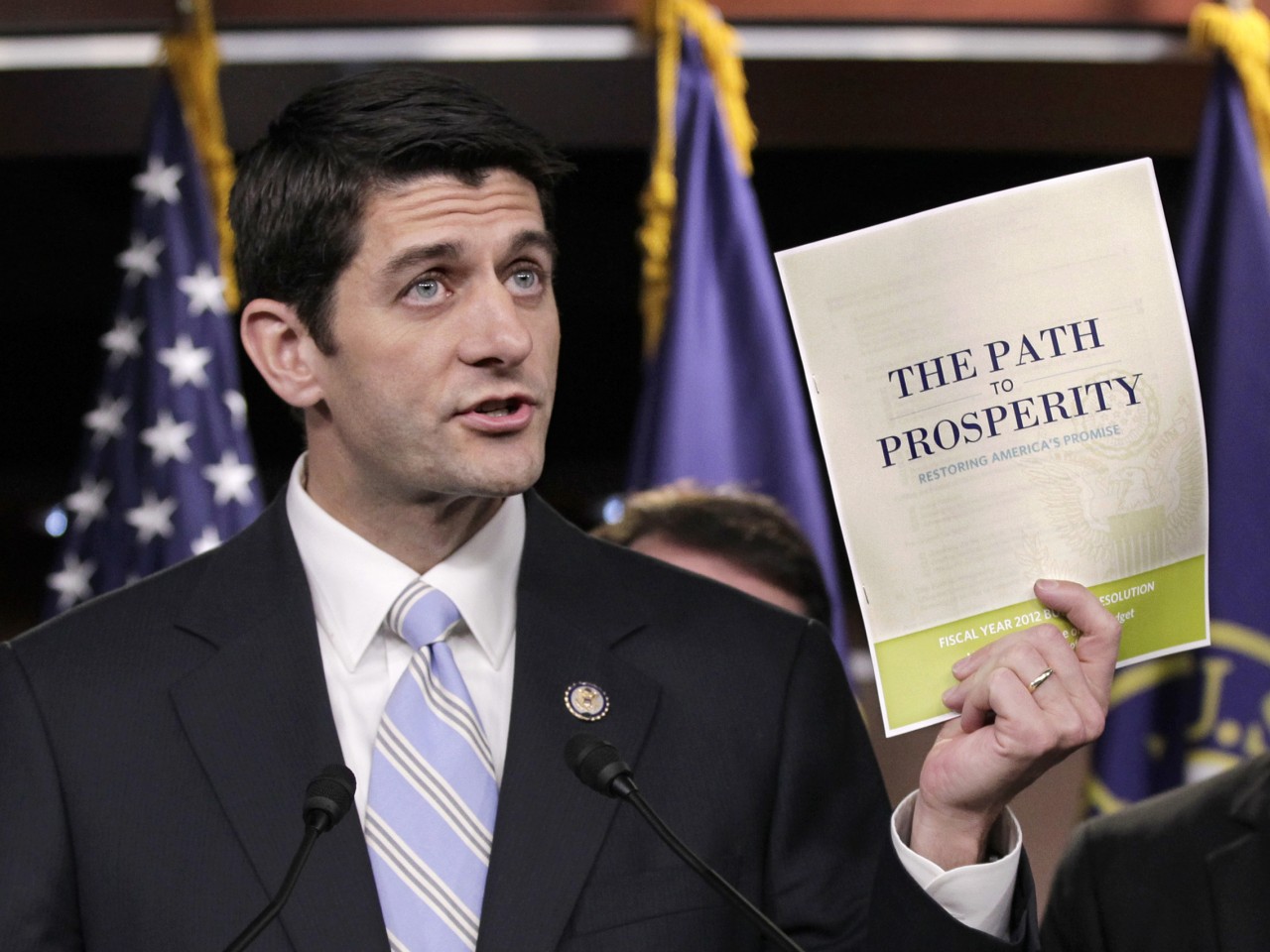 Here’s an idea for Pope Francis, a way of establishing his bona fides as a man who cares about the poor and the growing social inequities that are swelling the ranks of poverty in the world. Ask himself, what would Jesus say and do — what would the new Pope say and do if he were to act upon Church teachings — in response to Paul Ryan’s mendaciously entitled “Pathway to Prosperity” budget proposal?

Last week, Ryan — once considered the leading policy wonk of the GOP, now defeated candidate for Vice President — introduced yet another version of the budget he first introduced after the Republicans took the House in 2010, only this time its call for cuts in spending and taxes is even more savagely weighted toward giving a leg up to the already wealthy and those who do their bidding and the finger to everyone else. It is a budget proposal that would accelerate the transfer of wealth upward that began in earnest under Reagan, impoverish what is left of the middle class, drive those currently living in poverty into outright destitution with no safety net of publicly funded health, nutrition or housing programs and leave today’s destitute Americans to fend for themselves from the gleanings of landfills and church-run soup kitchens.

What would Jesus do if confronted with the sanctimonious viciousness of a Paul Ryan, a man who claims both to be a faithful Catholic and (at least in recorded statements from the recent past) a fervent admirer of outspoken atheist and neo-Hobbesian war-of-all-against-all hypocrite, Ayn Rand?

I think “vomit him out” might be included in that response.

And what might any reasonable person think the Catholic Church’s response ought to be given that Ryan and everything he stands for openly defy the Church’s teachings on social justice as most recently elaborated in the encyclical “Caritas et Veritates” penned by Pope-Emeritus Benedict? An encyclical that directly cites unfettered laissez-faire capitalism (or, in today’s nomenclature, neoliberal capitalism, the kind Ryan and his pals advocate) as playing a major role in fostering economic inequality and exacerbating the suffering of the poor?

Once more, I think “vomit him out” might be included in the response.

So here’s my modest proposal for the new Pope, Francis I.

In 2004, some American bishops got directly involved in electoral politics when they warned members of their dioceses that communion would be withheld from them if they supported the pro-choice John Kerry rather than anti-abortion George W Bush. More recently, the Archbishop of St. Paul embarrassed himself by spending millions to produce and disseminate a DVD aimed at passing the anti-gay marriage amendment — an amendment thankfully defeated last November by the Minnesota electorate.

So, here’s the deal: How about Pope Francis wiping away the bad taste of the Church’s most recent forays into politics by reversing its reactionary course while also upping the ante. How about the new Pope threatening to excommunicate Ryan and all other Roman Catholic public officials who advocate policies blatantly antithetical to Church teachings — and to the teachings of Jesus? Or maybe just threaten to withhold communion from Ryan and his ilk?

Imagine the electrifying impact of such a threat.

Yes, it would be soundly condemned and roundly ignored by Ryan and those who agree with him; it would, however, just as surely rally a large percentage of Catholics (and win at least the acquiescence of conservative Catholics, the ones most likely to adhere to the notion of obedience to the Pope), win support for the Church from people of other faiths, go a long way toward restoring the Church’s badly damaged reputation and — just as an added plus — perhaps have an actual impact on the debate about the neoliberal agenda and the rapacious assault on working people everywhere by the 1/10 of 1 percent and their vile mouthpieces like Paul Ryan.

If nothing else, it would give reason to believe that more than 2,000 years after the Romans thought they’d forever silenced the rabble-rousing ideas of a young Jewish prophet, there are still those, even in positions of great power, who have not entirely forgotten, as Paul Ryan evidently has, how that young prophet enjoined us to care about the fate of “the least of these” and not just about ourselves.