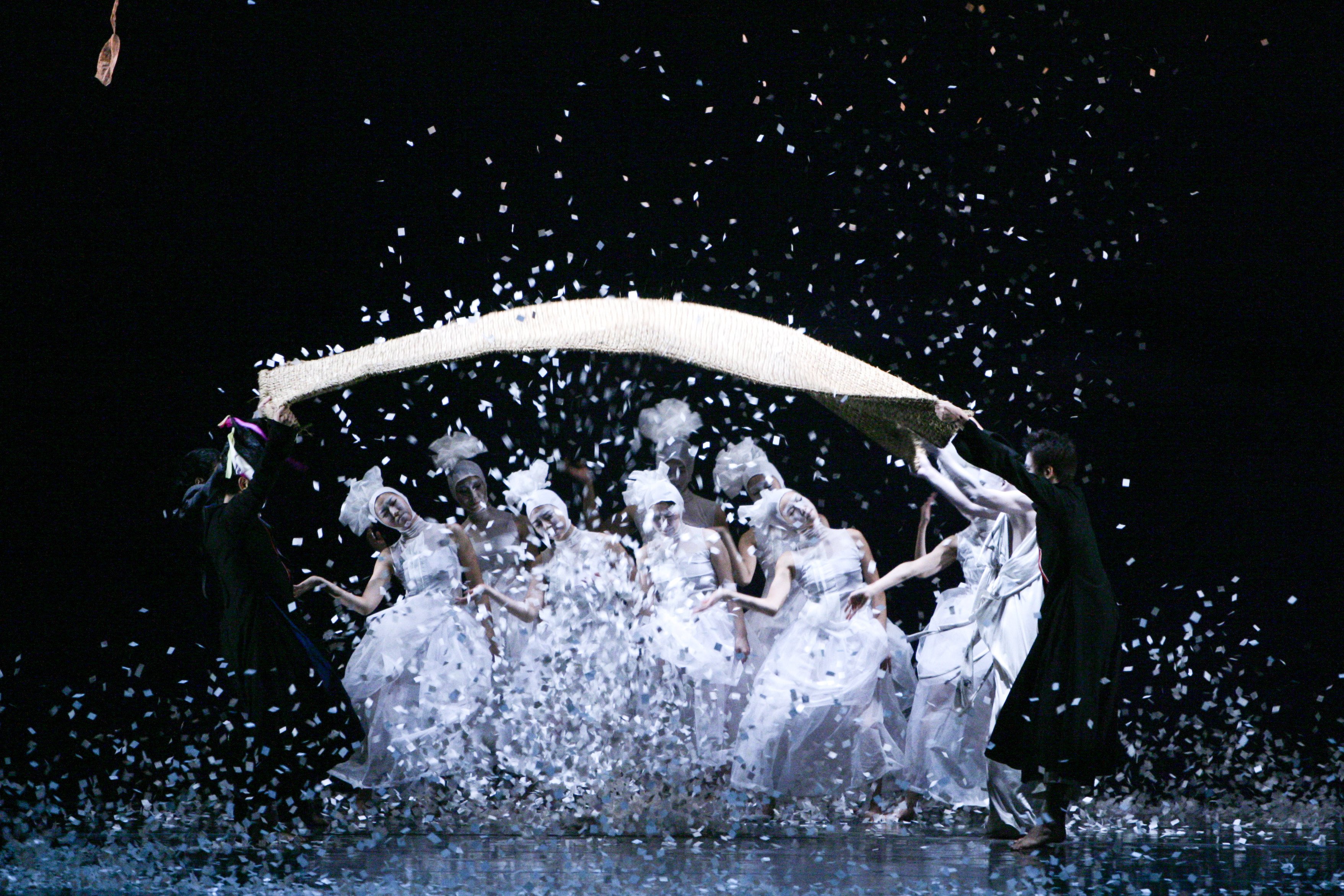 SEOP Dance Company, a South Korean ensemble playing at the Ordway on March 6, 2016.

The Ordway Center for the Performing Arts announced its 2015-2016 season on Monday evening with a festive event at the Ordway’s Target Atrium. Highlights of the upcoming season include three self-produced musicals; dance performances such as Hip Hop Nutcracker, DanceBrazil, and Lulu Washington Dance Theatre; world music sensations Dengue Fever and Hanggai; and a return engagement by Pilobulus Dance Theatre.

One of the highlights of the current season is the Ordway’s homebrewed production of A Christmas Story, a December hit featuring a mostly local cast, sets by Penumbra Theatre Company, and direction and choreography by the Ordway’s own James Rocco. The Ordway is following up on this success with its own native productions of The Pirates of Penzance, The Sound of Music, and A Chorus Line. The Sound of Music – one of the most-requested shows each year by Ordway season ticket holders – will occupy a similar slot as A Christmas Story, with a 3-week December 10-January 2 holiday run. The Pirates of Penzance and A Chorus Line will each run for about two weeks in August and February, respectively. This lineup is rounded out with two touring musicals touching down at the Ordway: A Night with Janis Joplin, and the Woody Allen adaptation Bullets over Broadway.

The biggest strictly dance buzz in the audience was over Pilobulus, which had a sold-out engagement at the Ordway two years ago and returns again for two performances on May 20th and 21st of next year. Dengue Fever, a band fusing Cambodian pop with psychedelic rock, also excited a great deal of buzz – and will perform Jan. 9, 2016 with a dance floor for audience grooving. Another crossover band, Hanggai, will mix Tuvan throat singing with Chinese folk music and punk rock when it lands April 7, 2016.

Other performances in store include SEOP Dance Company (March 5, 2016), TAIKOPROJECT (April 23, 2016), and two new installments of the Broadway Songbook concerts focusing on 70s songwriters who later made it to Broadway and the music of John Kander and Frank Ebb.