When people hear that I’m a MNsure Navigator, their first question is usually, “How is the website working?” And my answer is, “Generally, pretty well.” While the publicity has been overwhelmingly negative, the reality isn’t as bad. The newsmaking behind-the-scenes turmoil hasn’t prevented people from being able to enroll in plans. I’ve written before about MNsure’s successes. Here’s my take on what isn’t working so far, at least in my anecdotal experience:

When I’m working with an applicant, most applications go smoothly. We can usually fix little technical issues that arise by switching web browsers or computers. The problems begin for those who have serious issues with the website (for instance, if there’s an incorrect eligibility determination) or made a mistake on their insurance application (such as misreporting income).

Fixing a mistake after an application was submitted requires a call to MNsure to ask them to throw out the entire application. Processing this request can take a few days, after which the applicant must start a new application from scratch. I look forward to seeing this aspect of the application experience improve as MNsure adds new features to its website. Even allowing users to withdraw and restart their own applications within the first 24-48 hours after submission would be extremely helpful.

Allowing for changes would also make it easier for people to experiment with different scenarios: what happens if they take a pay cut, if they get married, or if a child is no longer a dependent? Right now it’s very difficult to research such situations, because by the time one gets to the “results” page where they see their eligibility for tax credits or public plans, an application is considered submitted and unchangeable. They can’t go back to change their reported income, family size, or other potential variables. 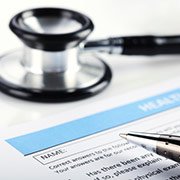 Another issue has been reaching help at the MNsure call center. It has long wait times (I’ve waited well over 90 minutes to speak with someone) and the staff, while unfailingly professional under pressure, can’t always provide an instant resolution. Sometimes several days go by between when I report an issue and when I hear back from someone about it. Now that the initial crush of applications is over, I hope that getting help through the contact center will be easier.

The other main problem has been in how insurance applications are processed once they’re submitted. The backlog is massive, particularly for those enrolling in public programs (Medical Assistance or MinnesotaCare). People have waited months to get their insurance cards or even confirmation of their enrollment. While MNsure has been very clear that anyone who applied by December 31 will be covered on January 1, those assurances have only partially eased folks’ anxiety (and again, it’s difficult for them to get answers from the contact center).

I realize that the MNsure marketplace represents a massive change in how many people access health insurance. No rollout is without its challenges, and the expectations were wildly high for MNsure. The entire system was authorized, funded, and created within mere months, and the traffic was crushing from the day it launched. Few websites this complex go through a development process like that—it’s not as if Amazon.com was flooded with thousands of shoppers on its first day trying to purchase life-or-death products.

I’m optimistic that we’ll look back at this challenging transitional period as a temporary bump in the road. I’ve seen firsthand how powerful this new system has been for helping my clients access better and less-expensive medical care. By and large, they’ve been happy with their insurance options and relieved to complete enrollment in new plans. Let’s hope that their positive PR begins to drown out the loud chorus of naysayers.