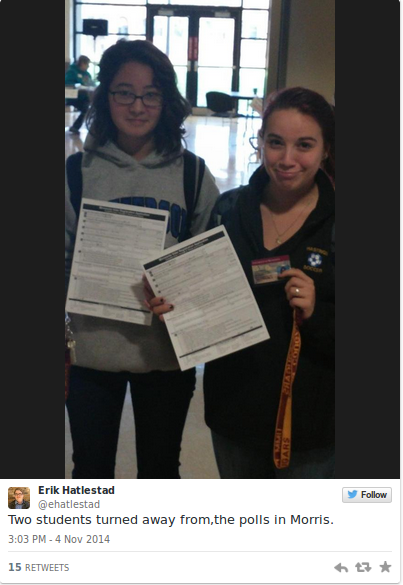 Erik Hatlestad, a Minnesota Public Interest Research Group (MPIRG) organizer working on the University of Minnesota at Morris, tweets that college students who live in campus housing are being turned away from the polls by election judges when they attempt to vote using their student ID cards.

Following instructions from Stevens County election officials, the judges are demanding that the students use driver’s licenses to prove their identity and residence, according to Hatlestad’s tweets: 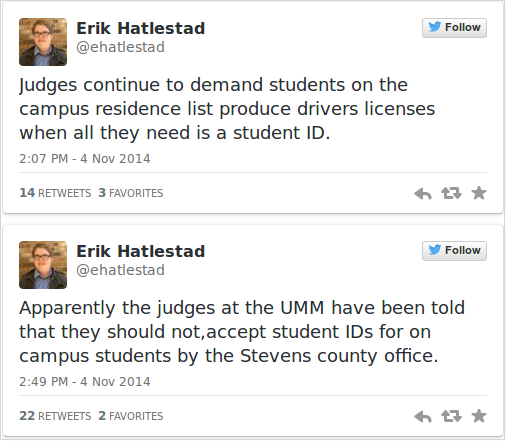 In Minnesota, college students who live in campus housing (and who have not voted elsewhere) may vote using their student ID cards as proof of identity and residence if their school has provided a list of students residing in campus housing. Read about the law in here on the Minnesota Secretary of State’s website.

UPDATE: Hatlestad has sent us a message that “The county auditor told MPIRG that the SOS is wrong.” [end update].

Reached by phone, Hatlestad said that the University had supplied the list to the county, adding that the students are working to secure and exercise their voting rights today.

Earlier in the day, he had already helped one student successfully vote:

Morris is located in Minnesota House District 12A, where state representative Jay McNamar (DFL, Elbow Lake) is fighting an aggressive campaign by Brown’s Valley Republican Jeff Backer. Outside groups have spent over a third of a millions dollars in independent expenditures.

Here are more photos of students who allegedly have been denied their right to vote: 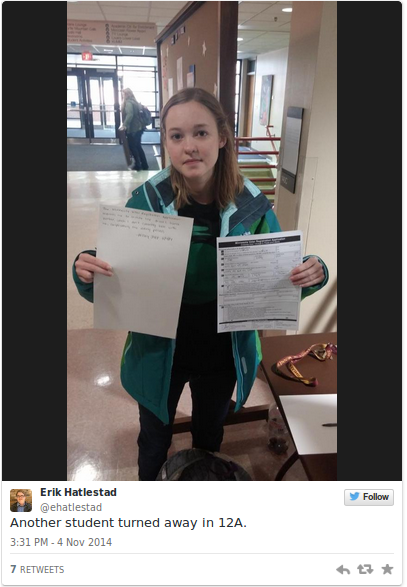 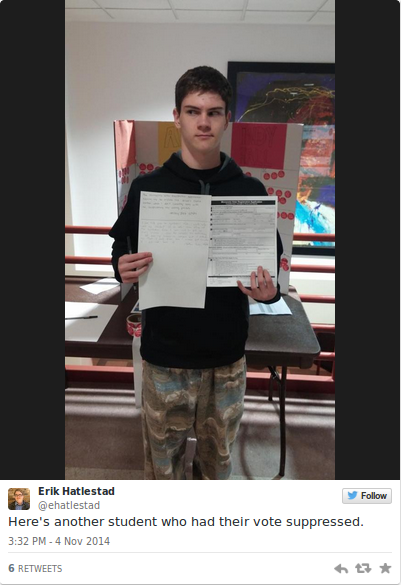 We’ll have more on this developing story as it unfolds.