“Provisional balloting” is now part of a proposed Minnesota constitutional amendment requiring a photo ID to vote, however public testimony was not allowed on the impact it might have on voting. The Senate Local Government and Elections committee gave it approval on a party line 8-6 vote today.

Bill author Senator Scott Newman (R-Hutchinson) admitted the photo ID requirement will put a burden on the elderly, the poor, the disabled and college students. But he said “we somehow have to balance that additional burden … against the integrity of our election system.”

Senator Newman said he believes there is election fraud in Minnesota. When pressed on who was telling him there was fraud, he said the stories were coming from constituents, but declined to give specifics saying “I’m not so sure you’re going to believe me when I tell you.”

There were still questions about the changes in the amendment when committee chair Senator Ray Vandeveer (R-Forest Lake) cut off debate and called for a vote. After the result was announced there were boos from the public that had come to speak, but was not allowed to testify. 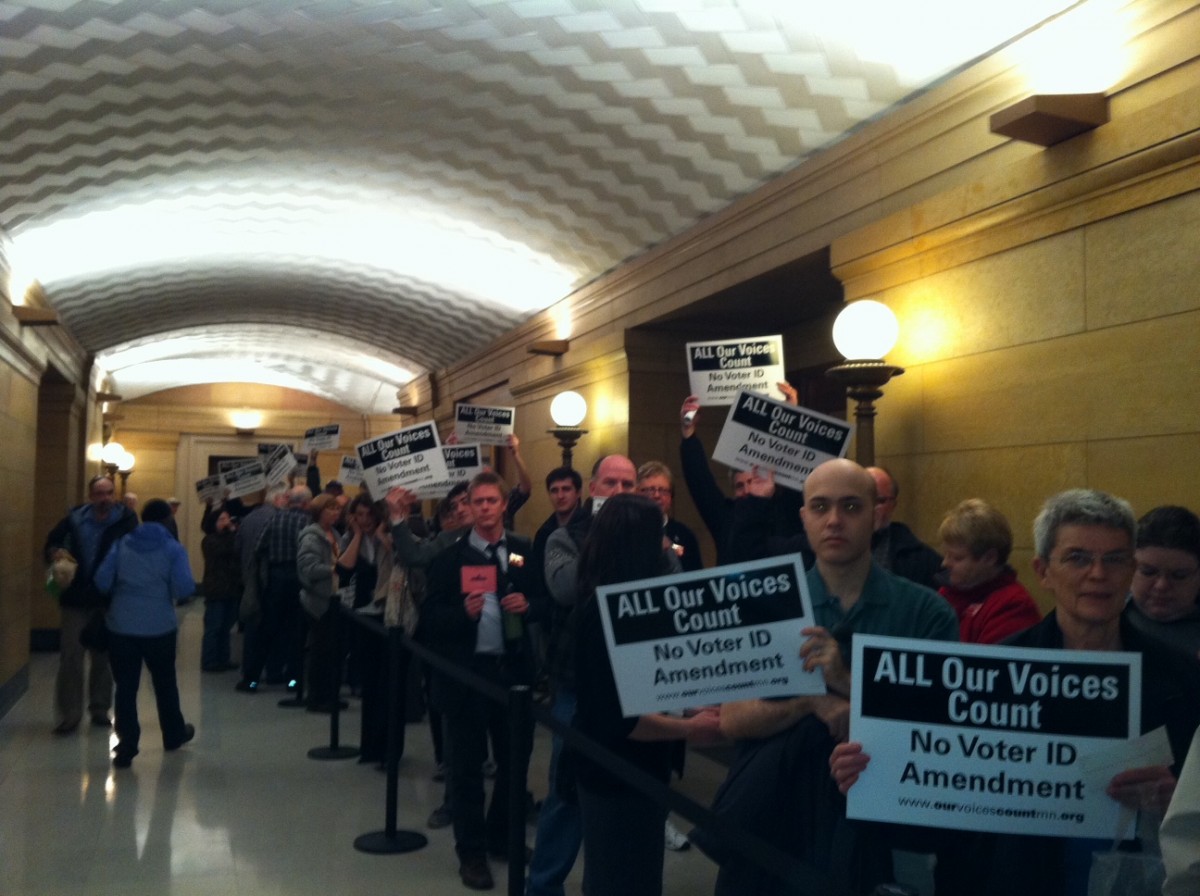 About 200 members of the public attended the hearing, but were not allowed to be heard. TakeAction Minnesota, a group opposed to the voter photo ID constitutional amendment organized most of those who attended.

James Cannon of Minneapolis, a board member of TakeAction Minnesota, said that so many citizens attended the hearing to show their opposition because “people see it as a step back rather than forward—it’s a backlash to the progress that was made in the last Presidential election. This bill does nothing but disenfranchise people who support the ideals of where we should be going as a country. It excludes people based on a made up problem.”