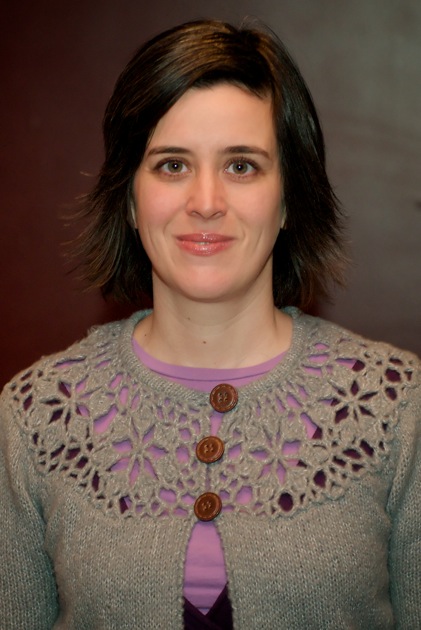 “I have been making theater with kids pretty much since I was a teenager myself,” Dudley Voigt explained about her work here in the Twin Cities as both an artist and educator.

She arrived in the Twin Cities from Vermont in the early 1990s. Her interests fell primarily in the area of art and social change and she majored in theater at Macalester College. After graduating in 1994, Voigt worked as an intern and guest artist for four years at St. Paul Central’s Central Touring Theater with Jan Mandell. Mandell, a national leader, uses theater to empower urban youth, giving voice to a population whose experiences aren’t often represented in education.

“My training and my passion is in both text and physical performance,” said Voigt. “I have a background as a dancer. I find that no matter what a student’s training and background is, the body is the most effective storytelling tool and for kids of a variety of experiences, it’s of a language they feel comfortable in. “

Since college, Voigt has stayed busy directing, choreographing, producing, and teaching theater, arts programs, events and community education classes. She also does residency work in the classroom with teachers using the Arts Literacy Method developed with St. Paul Central High School and Brown University. Arts Literacy focuses on using theater as a way to approach text in the classroom.

Steppingstone Theatre, The Children’s Theatre Company, Stages Theatre Company, Walker Art Center, MPR, and the Fitzgerald Theater are just a few of the organizations that have used her services over the past 11 years.

Although she is primarily a freelancer, Dudley still does program management work for Hennepin Theatre Trust, which operates the State, Orpheum, Pantages and New Century Theatres.

She co-founded community programs such as FLOW Northside Arts Crawl and the first youth poetry slam team, now called Quest for the Voice.

Although Voigt’s career is rewarding and successful, in her role as theater director at Northeast Middle School (NEMS), she has helped transform this middle school theater program into a thriving community event.

Prior to being at Northeast Middle School, Dudley’s work has been with high school students. “My experience and comfort level is with high school,” she explained. Each fall, Voigt directs a show at Southwest High and was involved at North High for about five years. She came to middle school quite accidentally.

And Northeast Middle School is grateful for her work. Under Voigt’s direction, NEMS has produced a yearly musical for the past four years. Each year, it grows in both popularity and quality. Last year’s Alice in Wonderland, Jr. broke attendance records with 600 people attending. This year’s Willy Wonka and the Chocolate Factory promises the same momentum.

NEMS Principal Padmini Udupa is excited to see the kids in this spring’s production.

“Dudley is an excellent director and that is why this program is going so well,” Udupa said.

“Musical theater is uniquely positioned to pull a community together,” Voigt said.
“It requires so many different skill sets and it also provides many access points. If you like music, it’s got music; if you like dancing, it’s got dancing.” Like many of the other shows that have been performed at the school, Willie Wonka is a story many kids know and love.

According to Voigt, not all communities and all middle schools have the program and support that Northeast Middle School does. At Northeast, support has come from the quality of the work. People support it because it’s good and because they have really high production values. Voigt attributes this to talented parents, (e.g. the set is being built by the tech director of the Minnesota Opera and the costumes are designed by a very creative costume designer).

“It’s hard not to be impressed,” she said.

“We are really lucky that people are committed to having high quality experiences for our kids and for our community. When it’s good, people come. People want to bear witness and be part of something that is successful and that translates to the kids,” she said.

“I am both confident and still able to be surprised by what can happen in three years of middle school and that shows up in a lot of different ways,” she said. “Watching an 8th grader really step up and thinking back to where they were as a 6th grader is rewarding. I guess it’s relationships in the end. Giving people permission to be great. Sometimes you have to get out of their way and let them be awesome.”

“The challenge is teaching kids how to practice and how to make something. It isn’t instant. It is long hard slog. And in the end, it takes a great deal of faith. They have to trust me. They don’t know what’s going on but I do. Their job is to learn their music, their steps and their lines.

Even coming from an artistic household, (her mother is a writer and musician), Voigt still had to learn these things growing up. Teaching this concept to an urban population that isn’t getting those experiences outside of school or even much in elementary school can be a challenge.

“When I say, ‘What do athletes do? Do they just show up for the game? No, they practice. ‘ There’s kind of a disconnect on how similar those things are.”

“As an artist, I always felt called to be with young people. I don’t have a theater practice outside of what I do with kids. What I am doing with kids is with collaboration with other artists. With Willie Wonka, I have a choreographer, I have an assistant director, and I have a vocal director. All of them are professional working artists. So I am making theater with grownups. But for me I really like the stakes of doing it with kids. And I don’t think you have to lessen your artistry because it’s with kids at a school. Its more about context with me.”

“This is a tremendous community not just to be an artist in but also to be an artist with kids.” Voigt recently talked to friend in Arizona who told her a program like the one at Northeast couldn’t happen in Arizona. Arizona has musicals but not at the middle school level.

“When I show people pictures of what we do they’re pretty shocked because the production values are so great,” she said.

“The theater community is really a community unto itself of people who are doing work and who are supporting each other’s work and that ‘s really nice.”

“As long as we’re doing good work, we’ll all continue to have work to do.”
But that being said, Voigt said the last few years have been tough. Many art organizations have struggled and a lot of communities and funders have cut.

“So if you were to ask a lot of us, we’re not working as much as we used to be and we sure miss it. It is really hard and really necessary. For me, being a teacher is as important to me as being an artist.”

“I am lucky to have the life I have. I believe it is unique to this great community we’re in.“