First impressions are crucial, which is why when Katie Stephens Spangler started her own Irish dance school at 23, she knew she needed the right name. “I always knew rince (rink ah) meant dance in Gaelic,” said Stephens Spangler. After a little research she found the perfect phrase to compliment it-na chroi (nah Kree), or of the heart. On February 27, Rince na Chroi celebrated its seventh anniversary with its annual “From Our Stage to Your Heart” performance. Now, in the midst of preparing her dancers for the hectic St. Patrick’s Day season, she paused long enough to share with this reporter why she thinks her school has touched so many hearts.

D.P.  Was it always your dream to start your own Irish dance school?
K.S.S. Actually, no. I danced my whole life and taught for several years, but starting my own school wasn’t necessarily a lifelong dream. It was something, however, that was engrained into my brain and my heart, and so starting Rince na Chroi just happened naturally. I didn’t plan for it and I certainly didn’t have any experience running a business at the age of 23.  Now, I would say that it has become my dream to continue growing and building Rince na Chroi. Now, we have just under 170 dancers enrolled in the school.

D.P. You started the school when you were 23 and the school has been going strong for seven years now. Have you always been so focused?
K.S.S. A little bit, yes. Although, I think partially it was just blissful ignorance. I mean, I started and I really didn’t have a clue of what was to come. We started classes in February of 2003. The first night I held classes, I had no idea if anyone would even show up. I ended up with about 12 dancers.  Our first performance was that August at Irish Fair. It was a very short show. No costumes…just t-shirts and shorts. It was really one thing at a time for that first year or two. As I was going along and trying to shape the school, the school was almost shaping me. 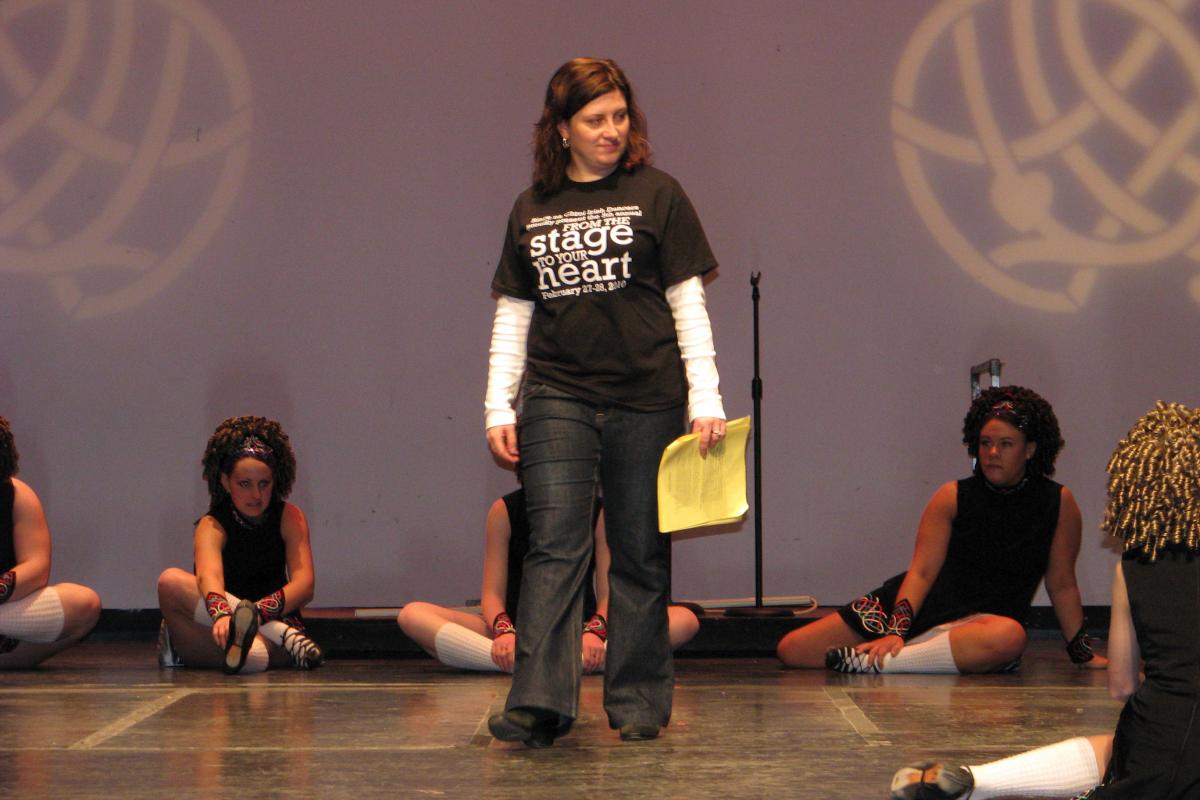 D.P. You said you danced a lot. What’s your dancing background?
K.S.S. I danced with the Trinity Irish Dancers for 1987 through 1998. I grew up in Milwaukee, and did a lot of my dancing there, but I also traveled a lot to Chicago, because at the time, more of Trinity was based out of Chicago. I had a lot of success in the competitive dancing world.

D.P. How has Irish dancing changed since you were a dancer?
K.S.S. Irish dance is more athletic now than it ever was when I danced. Our dancers learn a lot more now about stretching and fitness and how that affects the movements on the dance floor. Steps and choreographies are also a lot more difficult now than they were back then.

D.P.  You no longer dance professionally. Do you ever wish you could still be out there?
K.S.S. There are some days I miss it. But at the same time, I would hope that someone would come to a Rince na Chroi performance and watch what our dancers do and, from that, know I knew what I was talking about. The concept of the teacher coming out doing her thing is not necessarily right for me. I want to focus on making sure every kid gets on stage and everyone is happy, healthy and safe backstage. That’s where my role is and where I’m content to be.

D.P.   I’ve heard some people refer to Irish dancing as a “cult” or compare dancing to hockey. How do you handle such criticism?
K.S.S. From the outside, I’m sure our matching track suits and bouncing curly wigs are hard to understand. I don’t think those kind of comparisons are fair, though. I look at my most advanced dancers. They have dedicated countless hours and huge amounts of time and energy into making themselves great at what they do. They are just an amazing group of dedicated, talented athletes who support each other on and off the dance floor.

D.P. You refer to you advance dancers as athletes. Do you think the general public sees Irish dancing that way?
K.S.S.  I don’t know that they do. I think people outside the dance world just think it’s this fluffy activity people do in fancy costumes. But at the same time, I think if you ever watched one of our performances, how could you not see the athleticism involved? You’ve got people leaping in the air and landing up on their toes; making their feet and ankles do crazy things most people wouldn’t be able to do. How could you not see the athleticism in that?

D.P. Some of the other dance schools take part in Irish dance competitions, but Rince doesn’t. Is that unusual?
K.S.S. It is a bit unusual for an Irish school not to compete. I started the process to earn my certification a few years back so our dancers could compete. Probably one of these days, I’ll go back and finish it. Somewhere over the years, though, I realized we had found a spot in the market that wasn’t necessarily there before. Most of the schools in the Twin Cities do compete. We have been able to offer our dancers a very professional, serious place to learn the technique of Irish dancing and the intricacies of choreography, but without the added stress, added time commitment and added financial burden of the competitive Irish dance world. Our dancers can learn teamwork and strive for excellence as performers.

D.P. Right now, the school operates out of Concordia University. Do you expect to get your own dance studio in the near future?
K.S.S.  It would be nice to have a place to really have a brand of our own; where people can drive by and see our logo on the door. A place for our dancers and parents to come in and see our posters and pictures on the wall and it feels like home to them. Concordia has been a great fit. We’ve been here since we started and they’ve been very generous to us. But eventually a home of our own would be a great thing.

D.P. Rince na Chroi celebrated its 7th anniversary the same weekend of the school’s annual “From Our Stage to You Heart” performance. Was that coincidental?
K.S.S  It was coincidental though the performance has always fallen around this time of year. It’s pretty cool that we could celebrate our birthday with the audience. We’ve been very lucky in the past seven years. We have a have a group of teachers who are passionate about what we do and truly try to make a difference in the lives of our students. I’m very thankful. 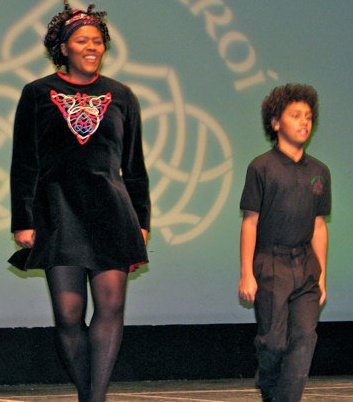