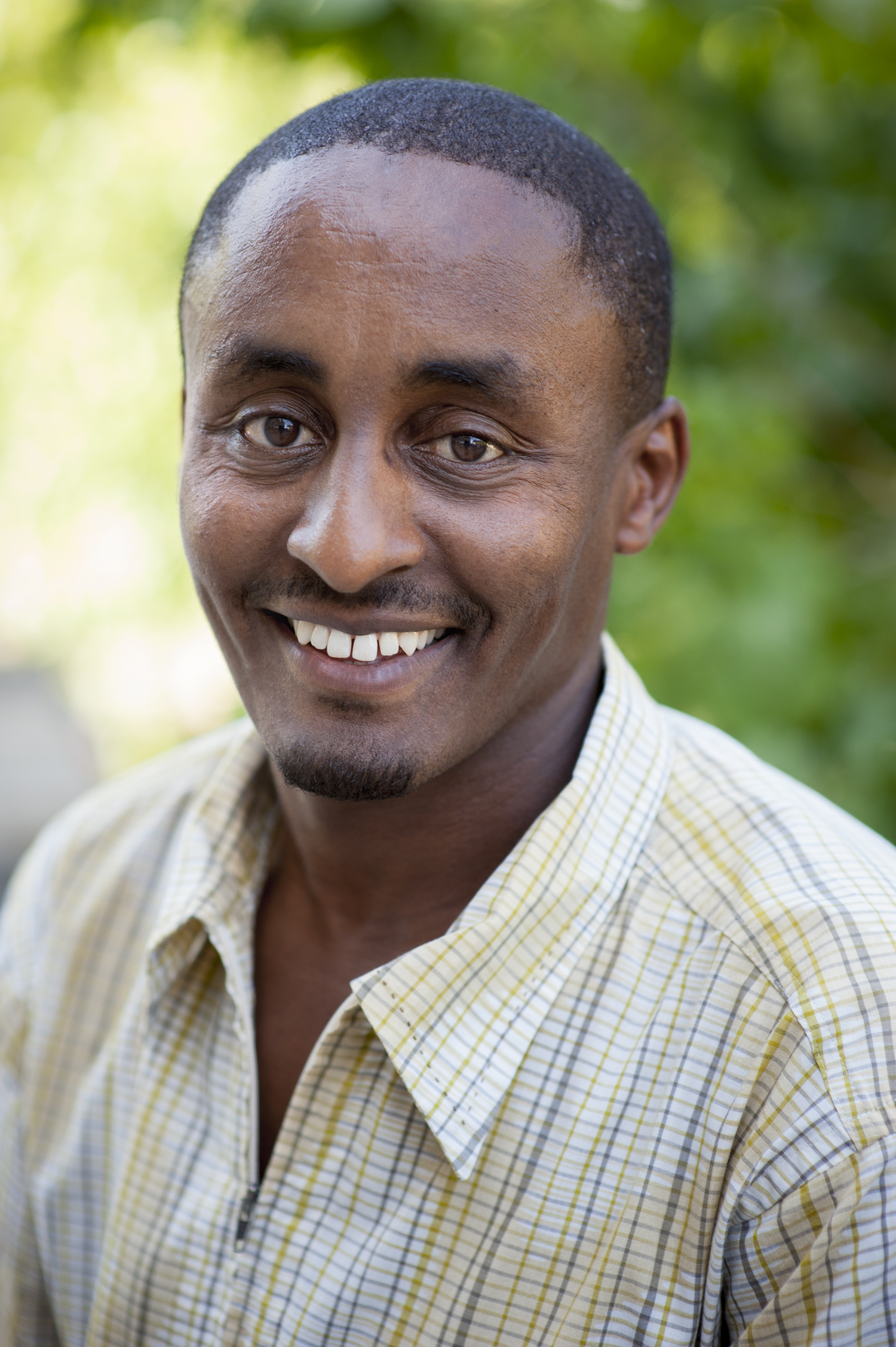 The teenager would not get out of Gada Roba’s car. He had seen the people drinking as they waited outside the homeless shelter. The youth was Muslim and had never been around people who were drinking. Threatened at home, the immigrant student had approached his teacher, Roba for help. But he was too frightened to stay at the shelter and insisted Roba drop him off on Lake Street. “It was near a mosque where they often let people stay the night,” Roba explains. “I went home. But I couldn’t sleep. I had just left a child on the street.”

Apology lingers in Roba’s voice as he tells the story at Spyhouse coffee shop on Hennepin. He’s trim and not too tall. His white t-shirt and dark blue windbreaker lend a formal tone to his casual clothes. Ten years ago, Gada Roba was himself a teenage runaway. This year, he’s one of six recipients of the 2012 McKnight Binger Award for his work in the Twin Cities Oromo community.

That work has included running an after-school tutoring program, teaching a course in East African cultural awareness, and recently a collaborative performance with Bedlam Theater. A 2009 graduate of the University of Minnesota, Roba is currently a policy fellow at the Humphrey School and works as a bilingual associate educator with Minneapolis Public Schools.

In Oromo tradition, you must be wise enough not only to care for yourself, but also for the well being of the village. That’s why Roba had woken with a blood-shot eye from a burst vessel the morning after he’d left the boy alone on Lake Street. “That was from stress,” he says. He’s had to learn that he can’t save every one. He’s well aware of how much pluck and luck was involved in getting himself on the path of success.

His life has been a seminar in survival. He was ten years old when the Ethiopian military took over his native Bale valley. His father was imprisoned. His older brothers joined the resistance. Three childhood friends were shot. “Two boys and a girl.” Roba says, touching my arm before he continues.

Escaping in a camel caravan, he lived with cousins in Kenyan refugee camps. Ten people shared two tarp-roofed rooms with scorpions and snakes. “At Kakuma camp I played soccer with the lost boys of Sudan.” He learned Swahili. “When family reunifications opened briefly at the end of 1998, my cousin sponsored her siblings.” He moved to South Dakota, but soon balked at his family’s insistence that he take a packinghouse job. He broke away to Minneapolis to pursue his education. He was seventeen.

The relative he had moved in with took a job in Texas. Roba ended up at The Bridge and Project Solo, places he calls “way out of my comfort zone.” There’s a lilt in his voice as he talks about the many who came to his aid. Vanessa, a volunteer, went to his parent/teacher conferences. Melissa was an angel from Prior Lake. “She was smiley,” says Roba. She put on Roba’s jacket and play-acted how to deflect the advances of a troublesome drug dealer. At the YMCA he met Casey. The Minneapolis attorney gave him language lesson at the library and supported Gada’s quest to find a family. He landed with Ann and David. “They check up on me,” he laughs. “They are proud of me, and I am kind of overwhelmed by what they’ve done for me.”

Not everyone appreciates Roba’s efforts. “When I work in the community, I have to be careful not to offend.” Navigating the cultural divide is tricky. Two years ago while employed by the American Oromo Community of Minnesota, he took a punch in the temple from a man he was firing. He declined to fight back, or press charges and has rebuilt a cordial working relationship with his assailant.

“I think in the last three years I have this urgency and obligation to give back.” The Minnesota Oromo Community is united in one concern he says, “Our kids, our kids, our youth, ending up on the street, to join a gang, saggy pants. Their parents want to over protect them. Parents can become very controlling. I’m looking for a middle ground for these kids, looking at the positive. A Hmong lady said to me ‘you guys sound like our community about twenty years ago.’” He grins. The next generation of Oromo will find themselves full contributors to their adopted state, at least if Gada Roba has anything to with it.