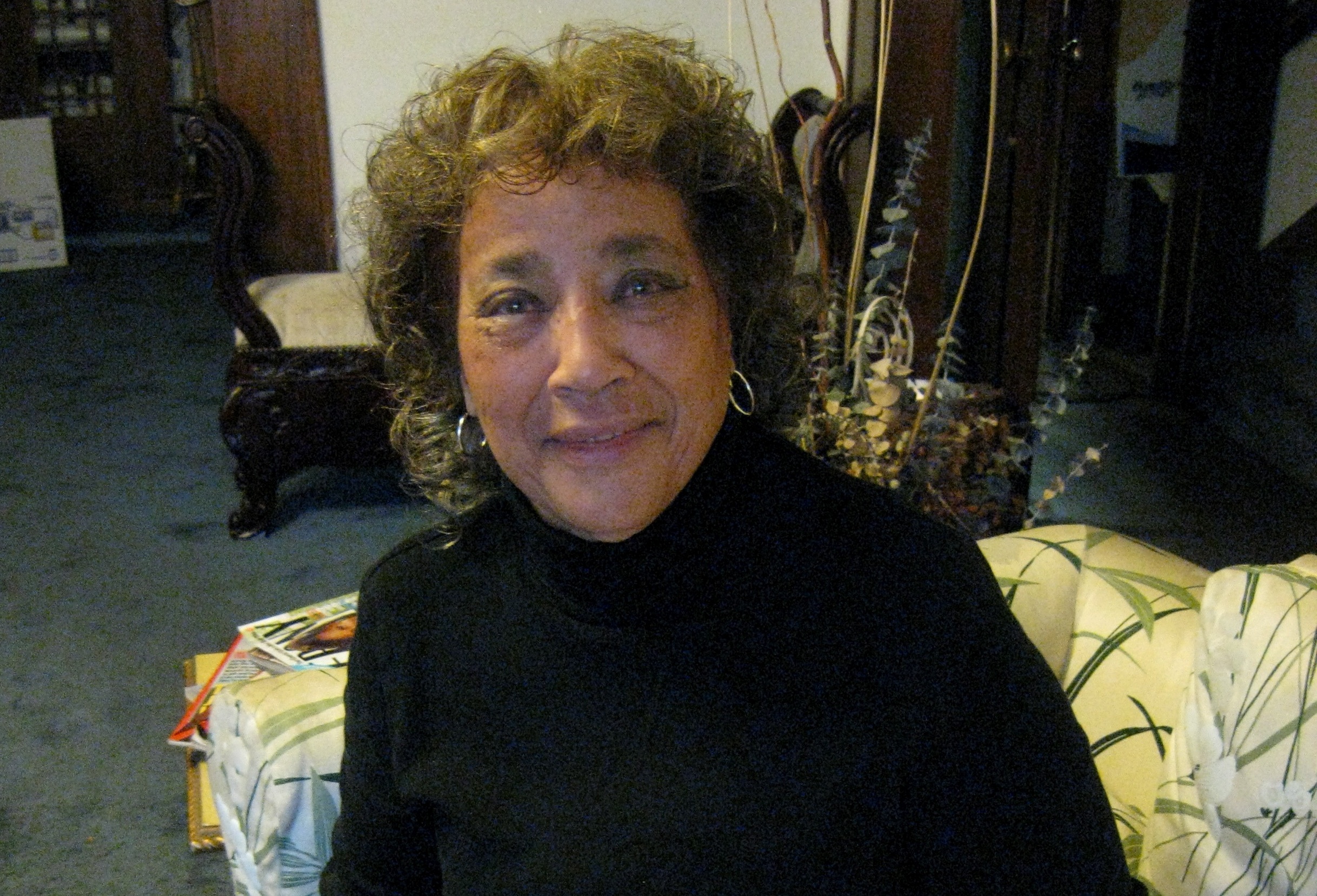 Betty Ellison-Harpole moved to the Midwest in the 1950s from segregated Memphis, Tennessee. For 37 years Betty taught kindergarten through third grade, as one of few African American teachers in Minneapolis schools. She piloted the city’s first all-day kindergarten class at Bethune school in the early 1980s.

Although she’s retired now, Betty is still active in education circles, and age has not diminished her personality. If you give her the opportunity, she will talk to you for hours about early education, Minneapolis politics, and growing up poor and African American in the South.

Here’s an edited version of a Daily Planet interview with Ms. Ellison-Harpole.

Growing up poor in segregated Memphis

African American people are very creative. We are creative by necessity, okay?

My mother cooked everything green except leaves on the tree. I thought, ‘Lord, I’m going to come home from school one day, and someone would have explained to her the nutritional value of leaves, and we’re going to have a pot of leaves.’

Years later, they had an article in the paper about greens. I cut it out and sent it to my mother and said, ‘Oh here’s some things that you might not know.’

Many of our teachers have not shared those kinds of experiences. They cannot relate to what this child brings to the table. They don’t know how to go beyond the box. I know I can bring my life experience, my common sense and combine it to my education.

From segregated Memphis to the white Midwest

All of our teachers [in Memphis] were African American. They could be your support system. It gave us the strength. There used to be a commercial for Gleem Toothpaste that said Gleem put that invisible shield on you that protected your teeth. [Our teachers] gave us that shield. They would tell you some of the kinds of things you might encounter when you are out there.

My people had moved to Kenosha, Wisconsin. I graduated that June, came to the University of Wisconsin. There were about 15 African Americans there. That first semester, I was the only one in all of my classes. The counselor was never cognizant of that. They never tried to be sensitive to us. In fact, they never even said anything that let us know that they knew we existed.

That Christmas [1954], I integrated the lingerie department at a store that was similar to Gimbels, called Boston Store. I’ve always been a person that, I refuse to allow you to stop me. My mother said, ‘Can’t nobody get on your back unless it’s bent over.’

My son-in-law was an electrician at that building down on 9th and Hennepin, I think. He was working there, and he was the only one. When people passed by, the workers, they would do the little catcalls, and then they’d make derogatory remarks about African American women. Then they’d look at him, and he didn’t laugh.

These are the kinds of things that we had to endure in Memphis. My son figured, ‘I hadn’t done anything.’ You don’t have to.

[In Memphis] we lived through it in the sense that we had the cohesiveness of our neighborhood and the support of our neighborhood. All of us had had similar experiences, so there were some things we just wouldn’t do. We knew what the rules are. We knew to expect it, and so we had that shield.

A lot of our young people here think, ‘We just doing something, and we haven’t violated no law, so we don’t have to worry about it.’ But they’ll stop you. The police will stop them in a minute.

Here in Minnesota, I must say, it’s really one of the most racist places I’ve been. This is my biased view. They smile, but they’ve already decided which box you’re supposed to be in.

A man told me when I was talking about jobs for people of color, he said, ‘Oh you’re so passionate.’

They used to call us ‘the angry black woman’ or ‘the troublemaker’ or whatever. The signal is, ‘Oh she’s not one of those who’s going to fit into our box.’ 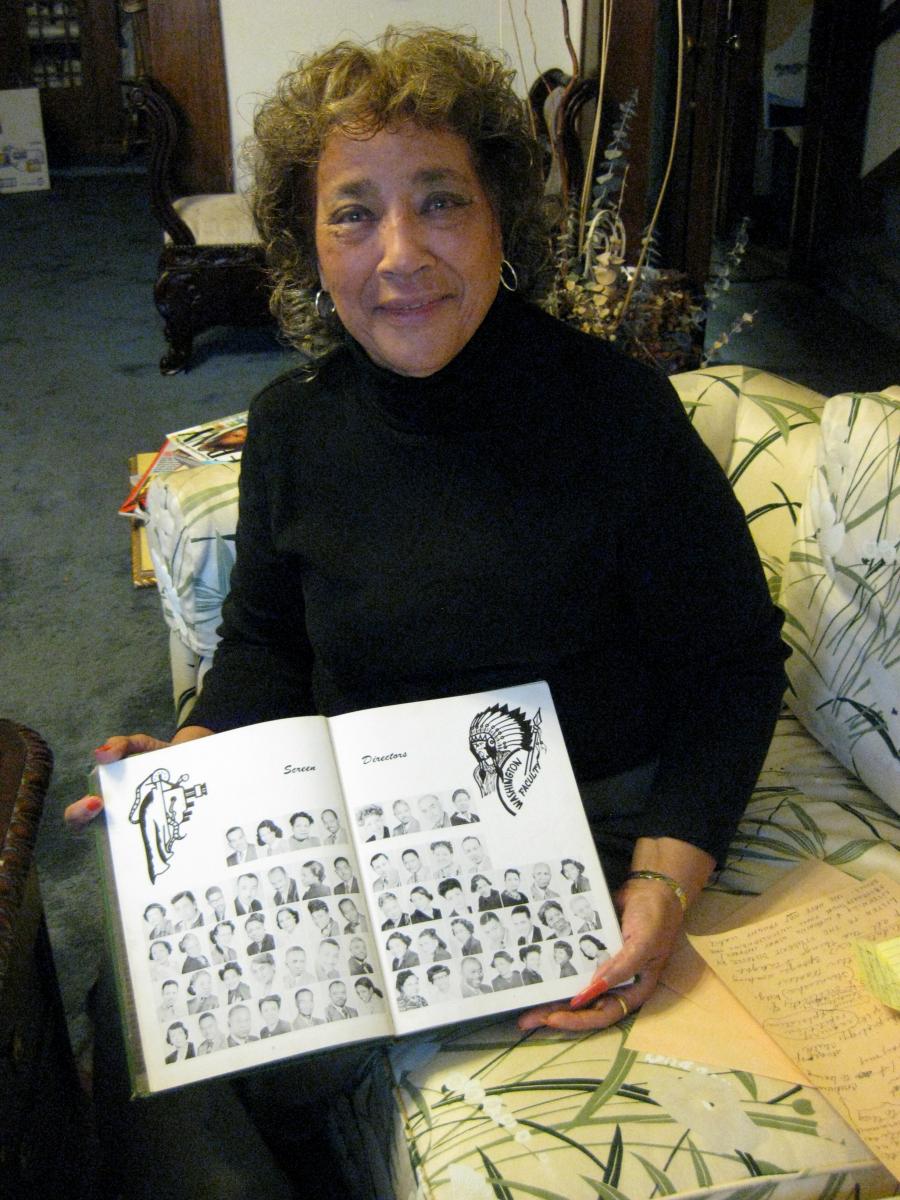 Judy Farmer was the president of the school board. She made the statement that the children in the housing project did not know how to hold a book, so [Supt. Richard Green] asked me if I would pilot the program for the all-day kindergarten.

At the end of the year, when the children had to be tested, I said to the principal at the school, ‘No, have a cadre from central office test them, because they’ll swear we did something.’ They tested higher than Bryn Mawr.

A child is born learning ready. You take what that child brings and help that child to develop. And you listen to the child, and you try and understand what it is that’s impeding that child from understanding a particular skill. And you hopefully can find a way to help that child over that hurdle

We have too many what I call ‘recipe teachers.’ We’re going to make gingerbread. You’re looking at the recipe, and it says 1 cup sugar. We don’t have any sugar, so we can’t make it. We can’t do this. But if you understand what the sugar did to the consistency of the ingredients, you might be able to substitute it with honey or syrup and get the same results.

I had nine boys who just didn’t seem to be interested in the math worksheet in the math book. I took the nine boys, I said, ‘Hey let’s go back to the back.’ I had bought some Hot Wheels cars. We got on the floor; I took just a handful, and gave them just a handful.

They go, ‘You gave him more than you gave me!’

I said, ‘Oh? How many more does he have than you? Can you count them? Do you see that number on one of these number cards that you have?’

It was meaningful to them. It wasn’t just the numbers.

On working with African American boys

You find a lot of our children, especially our African American young men, when they get to like the 3rd or 4th grade, that’s when they start to have trouble with it. That’s because their persona is kicking in. They don’t want you to know they can’t read, so they start clowning. It’s a pride thing.

They say something about me being an old lady as I get older. They call me some name. I say, ‘My mother told me when I was a little baby what my name was, and she said, “It’s not what they call you, it’s what you answer to,” and I only answer to my name.’

They look at me like I’m crazy, but I refuse to allow them to push my buttons.

Let’s say it like this: you’ve been gone from home for three months and lived in a hotel. You might have all of the amenities that the hotel can give you, a high scale 5-star hotel, but when it’s time to go home you say, ‘Whew,’ and you can relax. You don’t have to fight all of the barriers.

The children need to get used to all kinds of people, but there needs to be enough people that look like you, a variety of people, where that comfort level exists, and you know that there’s somebody.

On being an African American teacher in Minneapolis schools

You bring to the classroom whatever’s in you. If you’re a person that looks at people as individuals, you bring it. And if you have that narrow view, you bring it. You teach who you are.

This lady told me, ‘Oh you walk in like you own the school.’

I said, ‘Oh is it for sale?’ They’re not saying it as a compliment.

They watch what you have on. My middle son was a probation officer. He worked part-time at Wilson’s [Leather] when it was in City Center, so you’d get discounts. One of my coworkers asked my education assistant, ‘How much leather does she have?’