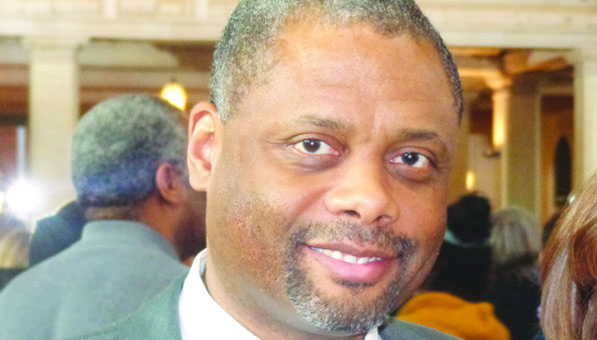 On September 10, at the second C.h.a.t. in a series (Community Health Talk Series) Kevin Lindsey, the Commissioner of MN Department of Human Rights, highlighted the state’s efforts to achieve equity and inclusion in the areas of workforce development, health care, state governing practices and procurement practices. In his presentation, he also discussed how to file a discrimination complaint, the hiring of state contractors, the more recent implementation of “Ban the Box” legislation and the Women’s Economic Security Act.

In his PowerPoint presentation, Commissioner Lindsey informed participants on many of their human rights and encouraged them to share their knowledge with the circles of influence. One of the topics he discussed was how individuals can file a discrimination complaint with the Minnesota Department of Human Rights (MDHR). Two important concepts regarding filing a complaint were:

• An attorney is unnecessary as the department will help draft the complaint.

• A complaint must be filed within one year to preserve the legal rights.

In his presentation, Lindsey stated that in the last three years, the department has issued twice as many discrimination decisions than the department issued in any four-year period under the prior three administrations.

In the area of construction, MDHR sets workforce goals in participation for minorities and women on contracts of State agencies, Minnesota Mosquito Control, the Minnesota Sports Facility Authority, Minnesota Airports Commission and the Metropolitan Council.

As of 2011, the new goals in the seven county metropolitan areas are:

Workforce goals had previously been set at 11 percent minority participation. Keep in mind that this minority participation comprises all minority groups. In this C.h.a.t. discussion, the commissioner mentioned that two projects are currently achieving a minority workforce participation rate in excess of 35 percent and 10 percent for women: the Minnesota Multi-Purpose Stadium and the State Capitol Restoration.

“Ban the Box” legislation in Minnesota prohibits employers from initially asking an applicant about their criminal history until after deciding whether to interview the candidate or extending a conditional job offer. “Senator Bobby Joe Champion introduced the bill,” said Lindsey. “He has been an advocate in getting this legislation passed. But, it was a bi-partisan effort; there were others on the other side of the aisle that reached out on this issue. And I think the fact that we had success with the public Ban the Box for five, six years, it made it that much easier in getting [it to] the legislature.”

The difference between public and private is that public deals with governmental agencies and private deals with individually owned agencies. After being notified by MDHR, employers have 30 days to change their employment application or risk being fined up to $500 by the department. By 2015, the company can get an immediate fine imposed by MDHR.

There have been many recent changes to the Women’s Economic Security Act, which are meant to help working mothers. They now included the following provisions:

• A pregnant employee working for an employer (with at least 21 employees) is allowed to request an accommodation (i.e. needing a chair or stool, bathroom breaks, food and water, lifting limits, and transfer to a less strenuous position) from their employer without obtaining a note from their physician.

• Employers with 21 employees must provide private nursing rooms with areas to express milk. It must not be a bathroom or accessible to the general public. If these needs are not met, the law allows employees to bring action against their employer or file a complaint with the Department of Labor.

• It is now illegal for employers to terminate employees for sharing their wage compensation. “This will help for those women who find out that they are getting paid less in comparison to their male counterparts.”

• Employers with more than 21 employees must now provide 12 weeks of unpaid parental leave. The law on required six weeks previously.

• Under certain circumstances, sick leave can be used for situations related to sexual assault, domestic violence and stalking.

• The Act also allows grandparents to use existing earned sick leave to care for an ill or injured grandchild.

• An employee can now receive unemployment if he or she quits a job because they or an immediate family member are victims of sexual assault, domestic violence or stalking. This law goes into effect on October 5, 2014.