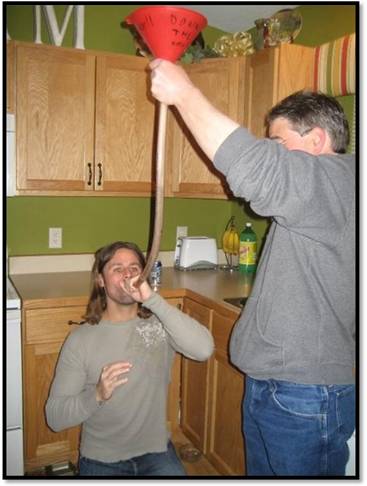 First of all, the best reason to not elect Stewart Mills III is that it involves reelecting Rep. Rick Nolan (D-MN), who has for the most part been a strong progressive while in office. More so than I expected, in fact. Not perfect, but if your whole thing is quaffing the purity goblet to the bitter dregs, I don’t know why you’re reading me to start with.

With Mills, there’s the same entitled, fatuous self-absorption as with George W. Bush, the same “I’m born to rule” cockiness, and the same inability to comprehend why everybody doesn’t admire him as much as he so obviously admires himself. And absolutely the same belief that the purpose of government is to aggrandize #1 and his buddies, in every conceivable way.

My previous characterization of Mills as “mildly to moderately stupid,” which in fact puts him right about at the average for contemporary conservative political types, is based largely on many of his public pronouncements, earlier during his campaign, before apparently his staff finally convinced him to for God’s sake quit ad-libbing. And, just his general bearing, and his overall take on the world. A fundamental lesson of the last 30+ years, that everyone should understand, is that when “movement conservatives” like Stewart III get into power, they proceed to f*ck up everything they touch.

Someone like Mills is the last person who should have any kind of political power, in a complex, changing world. Like any wingnut he just doesn’t have what it takes, intellectually or psychologically, to handle it at all well. It’s profoundly unfortunate that the entire electorate doesn’t understand that, by now.