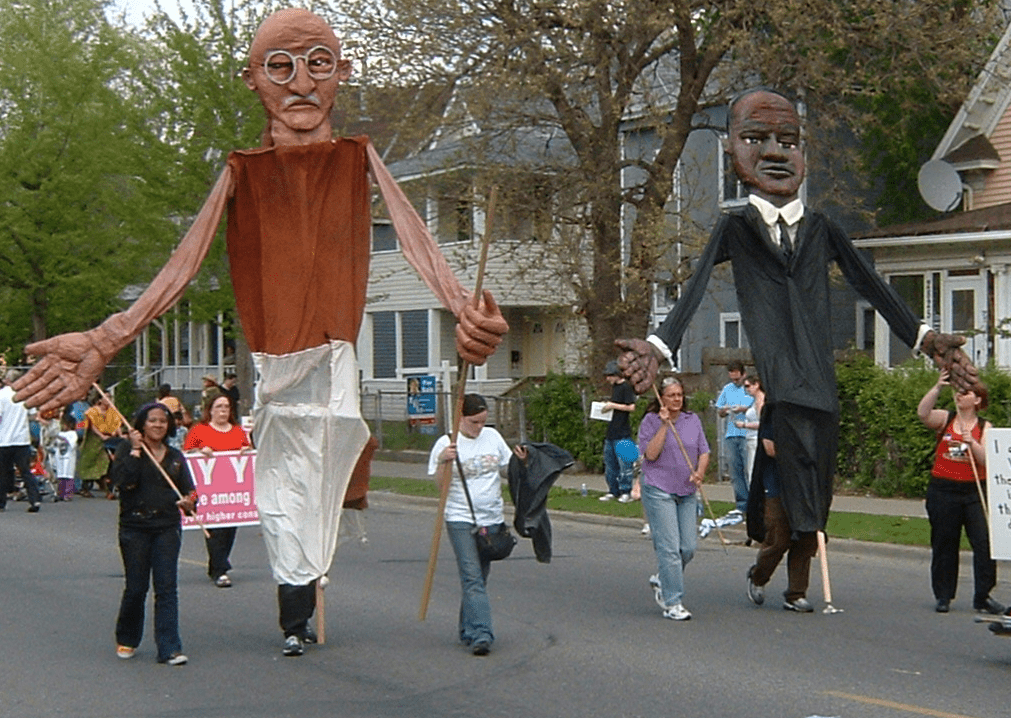 From bowling for charity with Dr. KingPIN to protest marches (OCCUPY THE HOOD) to prayer, songs and schools, the Twin Cities have some way for everybody who wants to celebrate Dr. Martin Luther King’s memory this weekend.
Why do we celebrate the Martin Luther King, Jr. holiday? Simply put: it’s the law. President Ronald Regan and Senator Edward Kennedy on November 3, 1983, set aside their political differences to come together for the signing into law of the Reverend Dr. Martin Luther King, Jr. federal holiday. By 1986, Dr. King’s widow, Coretta Scott King, had helped shape the way his holiday was to be commemorated, stating that on every 3rd Monday in January, “Americans (need) to reflect on the principles of racial equality and nonviolent social change espoused by Dr. King.”

Dr. King’s transcendent oratory style served as the definitive narration to our nation’s struggle for racial and economic justice for the poor as well as for all races and ethnic groups. King, who was assassinated in 1968, once said, “Everybody can be great.  Because anybody can serve.  You don’t have to have a college degree to serve.  You don’t have to make your subject and your verb agree to serve…. You don’t have to know the second theory of thermodynamics in physics to serve.  You only need a heart full of grace.  A soul generated by love.”  Twenty-six years later, many Americans recognize King’s legacy by spending a day in service to their community, or sharing stories of triumphs, aspirations of social equity and celebrating our cultural heritage through joyous, engaging events.

The Twin Cities is no exception. From one end of the metropolitan area to the other, opportunities abound for those wishing to attend and participate in events which highlight societal change and cultural leadership. In Minnesota, there are many celebrations that include family-friendly, civic engagement and celebratory events.

Here’s a (partial) list of events you can attend:

MONDAY:
The state’s ‘creme-de-la-creme’ event will be this: