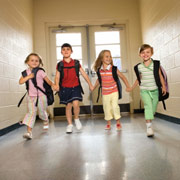 Magnet schools continue to spread in Minnesota, with a few Twin Cities suburbs joining the list of districts that create specialized programs aimed at attracting students from across the district. One hope of magnets is to increase the diversity of student populations, especially considering the relatively high amounts of “natural” segregation that make many neighborhood schools look, shall we say, a little monochromatic. Beyond race, magnet schools also offer a way to encourage programmatic diversity between traditional public schools.

This last point is particularly salient. In all the debates about “school choice,” the “choice” in question usually involves abandoning traditional public schools for privates or charters. Some defend that abandonment as a means of simulating an economic market in education. Unfortunately for those people, marketplace theory doesn’t apply to an equitable education system.

The more sympathetic argument is that families deserve to have choices available for their children. Since children have different interests and learning styles, it makes sense to have a variety of schools and programs that can cater to those differences. Magnets are a way to offer this academically valuable choice within the traditional public schools.

One potential problem for these programs is durability. Magnet programs often start with help from state and federal grants, but once those grants end, the programs can suffer. Once again, we see the importance of strong and consistent state support for education. State funding should be about more than facilitating the bare minimum; it should be about encouraging excellence in new and innovative ways.

Magnet programs aren’t a panacea for any of the current ills in our education system (just as charters and test-based “accountability” mechanisms haven’t been). However, a robust set of truly differentiated programs gathered together in one public school system that has a vested interest in getting each child into the best program for his or her needs reflects the right values and the right mindset for a public education system.

We should support efforts to experiment and diversify our public schools (while keeping a critical eye on results). This support means funding, which means undoing the damage conservatives have wrought over the last several years.