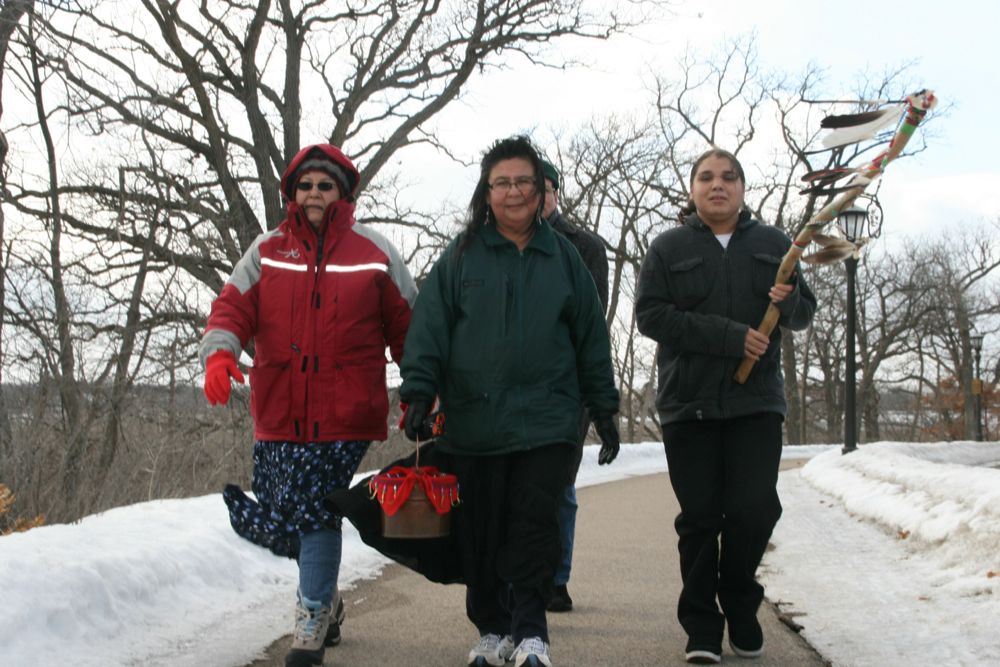 Walkers on East River Parkway (All photos by Stephanie Fox)

On March 1, a group of Indigenous women filled a copper pail with water from Lake Itasca and began a journey to hand carry it more than 2,200 miles, walking the length of the Mississippi River, from the spot where the river begins to where it empties into the Gulf of Mexico. On March 12, they reached St. Paul, more than two days ahead of schedule. The women are walking to bring attention to the dangers that face the Mississippi River.

“The Mississippi is the second most polluted river in the United States,” said walk organizer Sharon Day. “Toxic chemicals are taking their toll on the river. By the time it reaches the Gulf of Mexico, the water is nearly depleted of oxygen. We hope to educate people along the way about the problem.”
It will be a spiritual journey as well. “We want the walk to be a prayer,” Day said. “Every step we take we will be praying for the water. So many depend on it. The water gives us life and now we will support the water.” 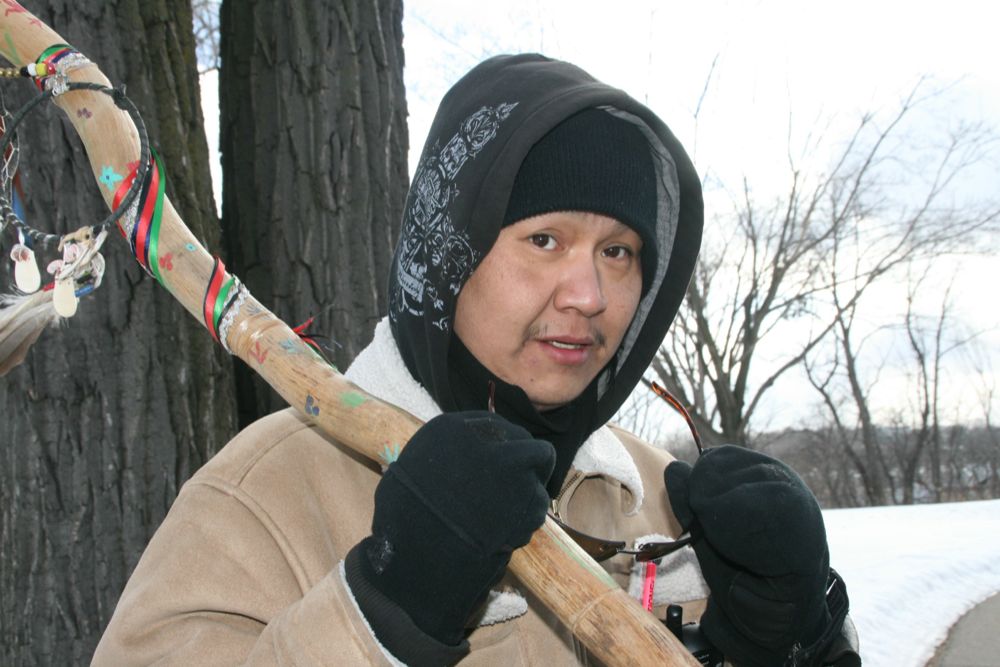 Some will walk for just a day or two, but Ira Johnson, an Ojibwa from Manitoba, said he’ll walk the entire way. “It’s been great so far. I’ve met some wonderful people,” he said. 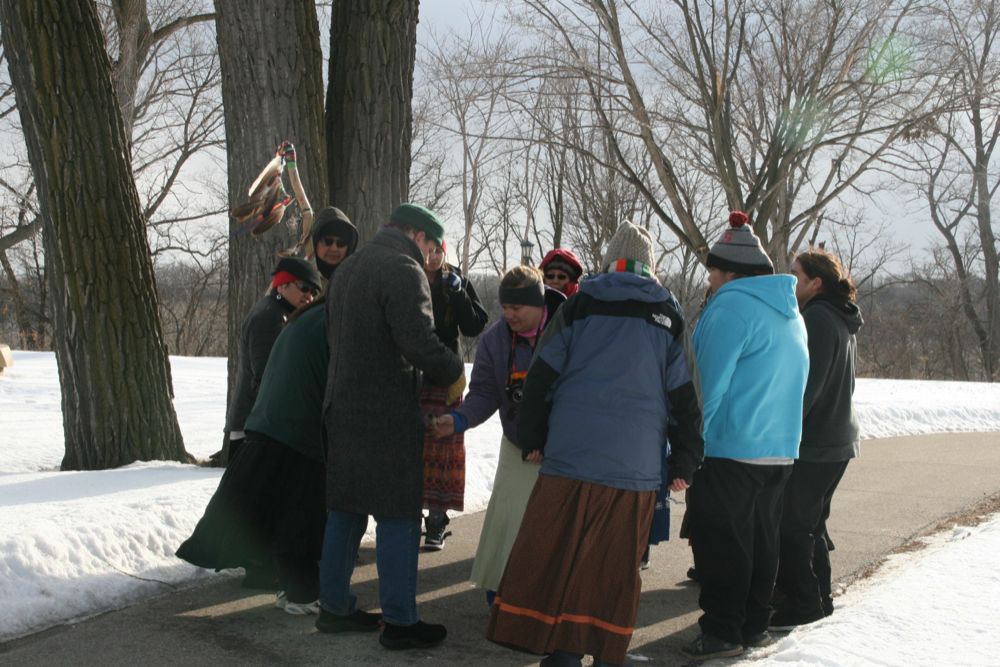 At the end of the day, snow showers had ended and the sun was shining for a blessing ceremony and the tobacco offering in the snow. Day said that they hope to arrive at the end of their journey – Pilottown, LA – on April 29, another 1,600 miles down river from St. Paul. 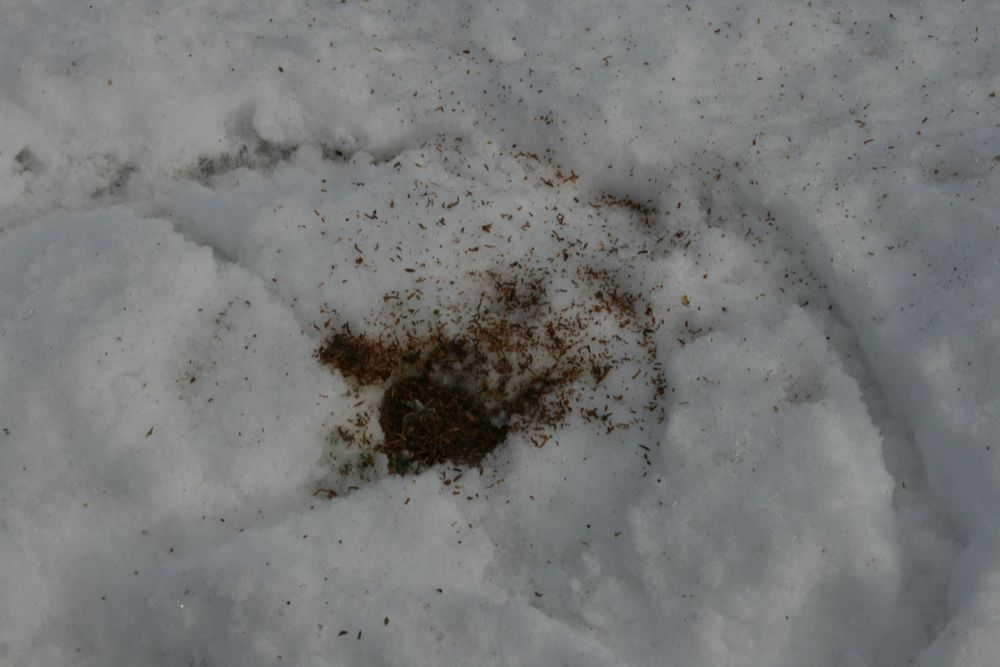 The walkers have already inspired others. They expect to be joined at Effigy Mounds in Northern Iowa by a group working to preserve sacred sites. An alliance of Milwaukee women said they are planning their own walk along Lake Michigan later this year. 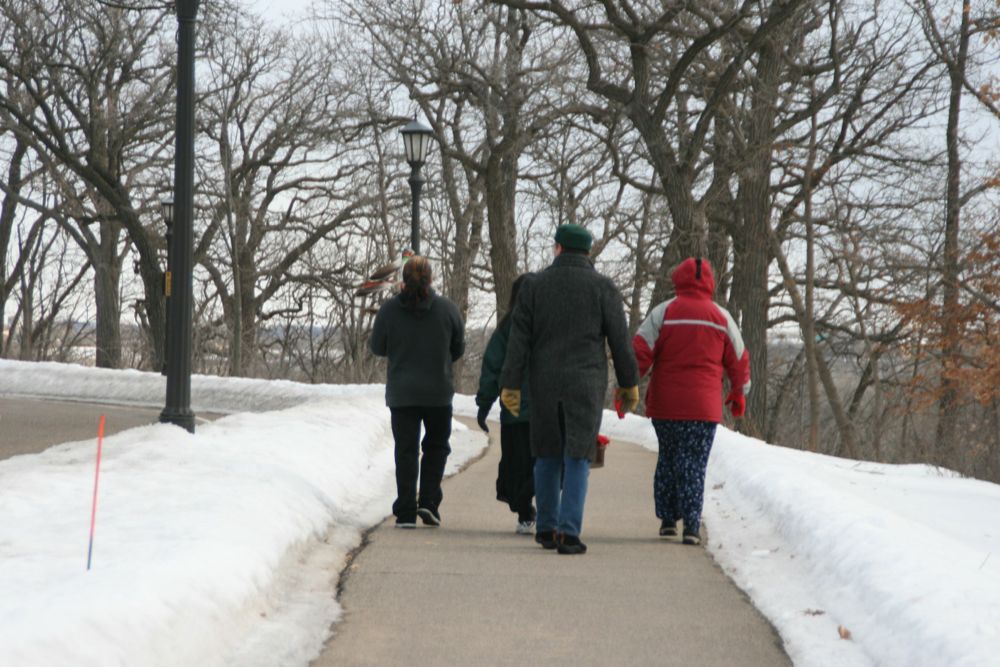 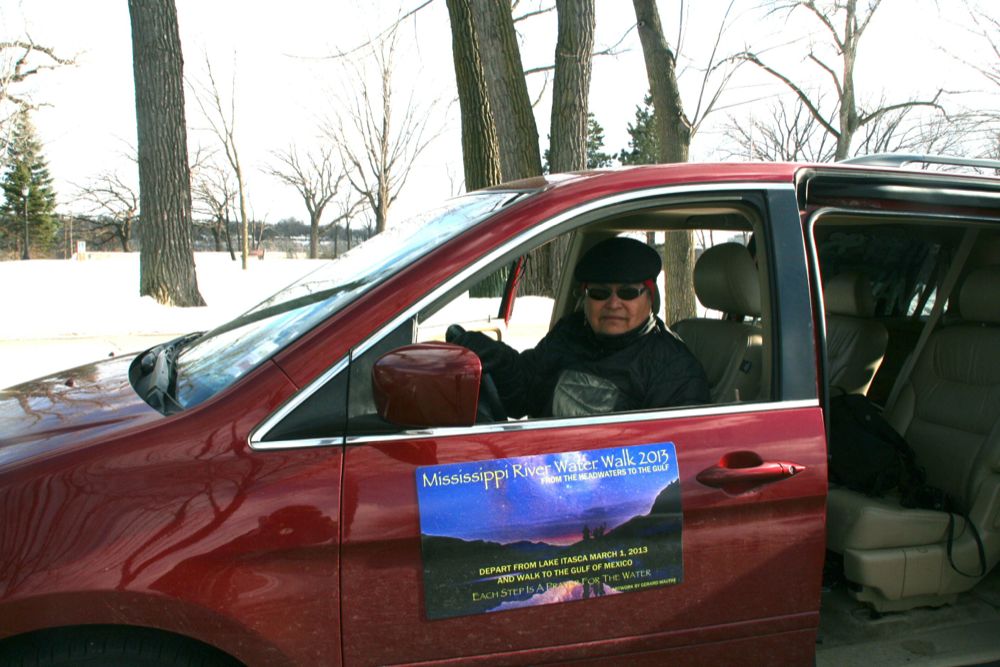 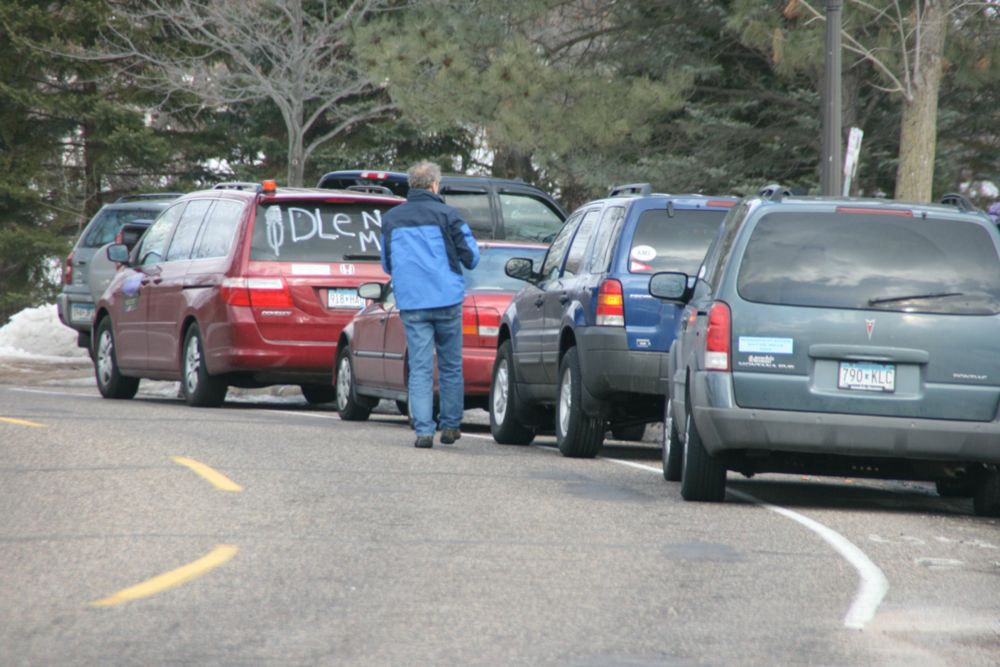 A caravan of vehicles follows the walkers. 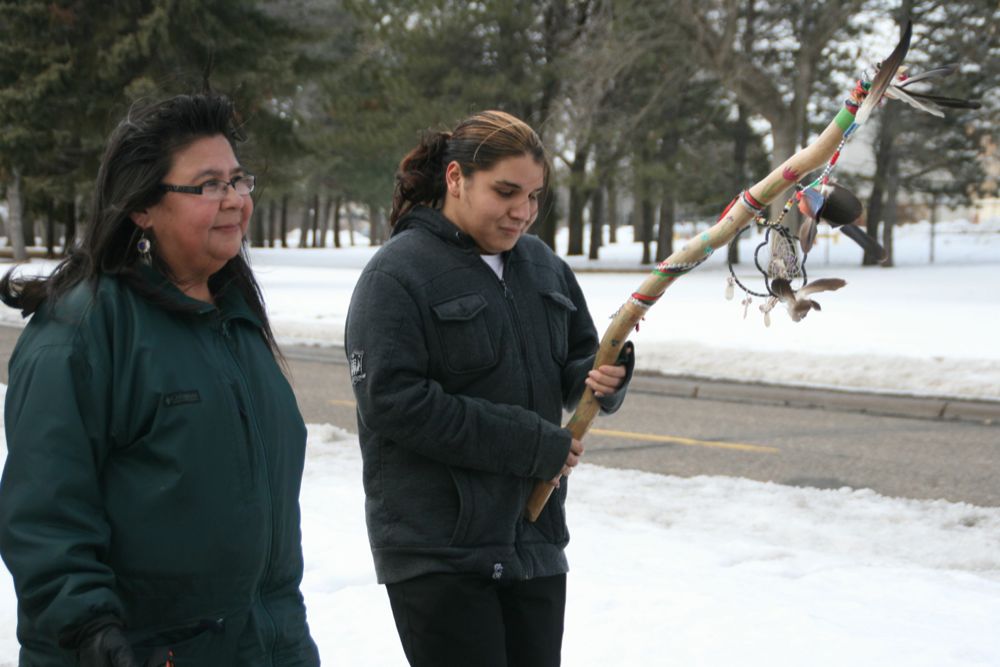 Two walkers near the day’s destination.