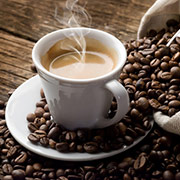 The heaviest snowfall in two winters and the cold air that followed the weekend storm have Minnesotans warming up and starting their day with a good cup of coffee. If they choose their coffee beans carefully, the morning ritual should warm their hearts as well.

There is a strong “buy local” angle to premium coffees imported, roasted, distributed and brewed in Minnesota. Several local companies are actually offering coffee with a conscience as they are among the most socially responsible coffee purveyors in the world.

One of the most unique local coffee companies is Velasquez Family Coffee, based in St. Paul, which combines the concept of community-supported agriculture (CSAs) with socially responsible importing practices gaining strength within our local coffee economy. It is like a CSA because the coffee beans come from several members of the Velasquez family near Comayagua, Honduras, said Cathy Velasquez who works full-time on the family business.

Originally from South Dakota, she met her husband Guillermo while they were visiting next-door neighbors in Florida. They both have degrees from the University of Minnesota and Guillermo Velasquez continues to work there as a barley breeder and researcher. She worked for the Land Stewardship Project for 11 years before going full-time with the coffee business four years ago.

“We use a lot of the ideas from Land Stewardship and how it worked with CSA,” Cathy said. But it started more by accident than by design, she added. Her husband brought back suitcases filled with family coffee beans when world coffee prices fell through the floor and the Velasquez family was concerned they would lose their family farm. The coffee business was launched in 2001 and supplies coffees to offices and homes in the Twin Cities metro area much like CSA farms deliver fruits and vegetables.

Another Minneapolis-based java enterprise is Peace Coffee, a for-profit company started and spun off from the nonprofit Institute for Agriculture and Trade Policy (IATP).

The latter was addressing problems in agriculture and trade that world bodies recognized but were having minimal impact in correcting. By setting up Peace Coffee, IATP sought to prove that socially responsible food and trade companies can also be profitable. It works with a co-op of roasters that imports coffee from subsistence farmers in 13 countries.

Another such enterprise is the Cloudforest Initiatives coffee operations in St. Paul. Tomas Johnson (officially Luther Thomas Johnson) operates Cloudforest as a small cooperative for 23 U.S. and Canadian roasters that adhere to fair trade ethics with procuring beans.

Johnson said the coffee is accessed from a cooperative of growers in Chiapas, Mexico, while Cloudforest also imports wood and iron-forged products from artisans from Magdalenas, in Ciapas.

The local co-op hasn’t been a great financial success, Johnson said. But it is achieving Cloudforest’s goals that he describes on his website as making contracts “transparent, credit is extended to the farmers of coffee producer cooperatives and a premium price is always paid providing welcome resources to improve community health and education.”

The next big project Johnson is pursuing is to help local artisans develop healthier stoves and ovens for roasting coffee and other uses, he said. Too much of locally procured beans are roasted over open fires in small homes by women and children, a practice Johnson called “terribly unhealthy.”
Two large or larger-size Minnesota based companies deserve special mention because their scale and scope wields influence on the global coffee industry.

One is regional Dunn Brothers Coffee started in St. Paul in 1987. Now based in Minneapolis, it supplies about 75 local franchiser-owned stores in Midwest states from the Dakotas down to Texas.

The other is Brooklyn Center-based Caribou Coffee Inc., which also is engaged with international sustainability and fair trade efforts. Now publicly traded (CBOU on NASDAQ), the Edina-founded company has become the second largest coffeehouse firm with 610 locations, including 202 franchised sites, in 22 states, the District of Columbia and 10 international markets.

Coffees grow in areas of the globe that are historically poor or for years were kept in poverty by international firms that traded in beans. In the 1970s and 1980s, United Nations leaders in food, agriculture, labor and trade repeated the refrain that “the world’s poorest people pick the world’s richest beans.”