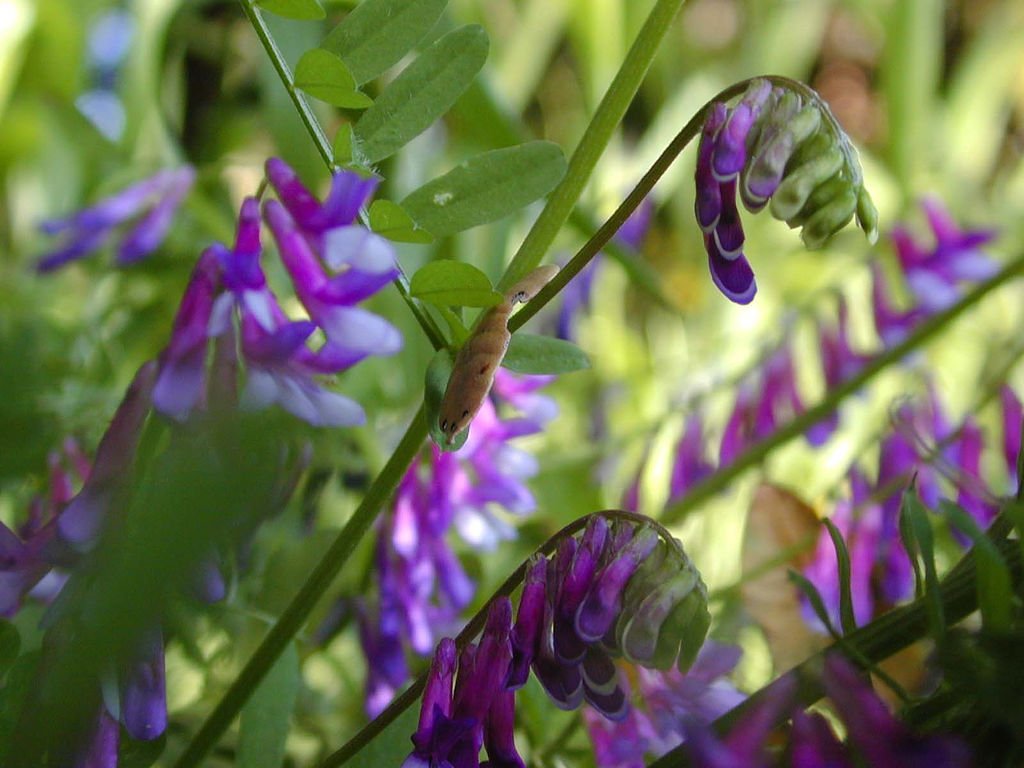 Of Minnesota’s 55.6 million acres, 27 million acres are taken up by farmland. Currently, crop production is dominated by summer annuals like corn and soybeans, which need to be replanted each year and grow only in the summer. The consequence of this type of cropping is that for most of the year, no active roots exist in the soil to filter water, reduce runoff, or prevent erosion. Covering the ground with crops for a larger portion of the year by adding winter annuals and perennials to the landscape provides multiple benefits, including diversifying agricultural operations, protecting soils and waterways, and increasing wildlife habitat.

Part of the reason that perennials are not already more widespread on the landscape is that seed suppliers have a vested interest in annual crops. Annuals require farmers to purchase seeds every year, thereby boosting profits for the seed suppliers. These suppliers include large stakeholders such as Monsanto, DuPont, and Syngenta, all of which have the resources to wield powerful influence over farmer decision making. However, increasing ground cover throughout the year is imperative to ensure continued production in the face of climate variability, especially in a state like Minnesota where nearly half of the land is in agricultural production.

An exciting prospect for increasing perennial land cover is the Forever Green Initiative out of the University of Minnesota. The project has a two-pronged focus to improve plant genetics while creating new economic opportunities for winter annual and perennial crops. The emphasis on economics in addition to ecology makes this project particularly smart, because proving monetary benefits motivates change more easily than proving other benefits. Research will focus on perennials such as sunflowers, flax, wheat, forages, and some native species, and winter annuals such as pennycress, winter barley, hairy vetch, winter rye, camelina, and winter pea. Markets for these materials include biomass production and high value commodities like oils. More research is needed to commercialize and develop these markets, which is precisely what the Forever Green Initiative is poised to do well.

Minnesota’s House Agriculture Policy Committee approved nearly $1.4 million in state funding for the Forever Green Initiative at the end of March 2014 and referred the bill to the House Environment, Natural Resources and Agriculture Finance Committee. Appropriating such funding could boost agricultural resilience in Minnesota by increasing the profitability of cover crops and increased land cover, which could motivate more farmers to incorporate such practices on their operations.

The University of Minnesota is concurrently working on other projects to pair perennial biomass with economic advantages. The Seven Mile Creek Fuelshed Planning Project recently wrapped up a series of nine workshops to plan biomass production areas for a potential biomass processing facility in Nicollet County. IATP, along with representatives from other organizations and interested stakeholders, reviewed opportunities and tradeoffs between production of food, biomass, and conservation in the study area. Using mapping tools, participants evaluated a suite of biomass options, including annuals like corn stover and cover crops as well as perennial grasses. The proposed market for this biomass is an AFEX (ammonia fiber expansion) processing facility, which pelletizes biomass into a commodity product that can be fed to ruminant animals. The goal of the workshops was not necessarily a production plan; instead, the workshops aimed to evaluate the feasibility of increasing biomass production in Nicollet County. Evaluative processes that engage a wide range of stakeholders, like this one, could increase the feasibility and public support of maximizing perennial land cover.

Another Minnesota initiative to encourage perennial landscape cover is the Reinvest in Minnesota Clean Energy Program (RIM-CE). Passed by the Minnesota legislature in 2007, this program supports native perennial biofuel production by acting as a working lands conservation easement program. A tiered payment system ensures that payments are in line with public benefits, so payments increase when more perennials are planted and when plantings address specific problems, such as planting on flood-prone land. Funding for this program is currently minimal, and it should be expanded to elevate the amount of year-round land cover.

With so much current policy focusing on damage control, it’s encouraging to see the work happening in Minnesota to create a true agricultural risk management system that promotes resilient operations that are both economically and environmentally sustainable.