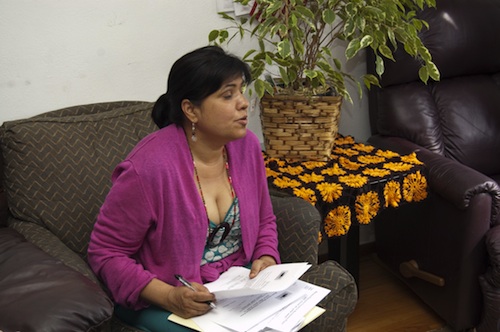 At age 22, Mangala Sharma found much of her life in Bhutan uprooted. The country’s new ethnically-driven policies were forcing many of her close relatives out of their homes. A few even ended up in jail. Sharma herself was beginning to fear persecution for her advocacy work with the United Nations Development Programme. From her story in From Exile to Resettlement:

“But the Bhutanese government, instead of giving us our basic rights, both politically and culturally, they forcefully evicted us. Many of our family members—my brother was put in prison, my uncle was put in prison, my mom was forced to sign voluntary form to leave the country. And I was working for United Nations at that time, in Thimphu, the capital. My husband was a doctor, and I tried to advocate on behalf of mom, but my life was at risk, so ultimately, we decided to go to safe place and we landed up in refugee camp in Nepal.”

In 1992, she and her immediate family headed out to a small village in Nepal, where she continued advocacy and social work in a refugee camp. She finally made her way to the U.S. as an asylee in 2000.

Hers is just one of many stories being collected through an oral history project of the Hennepin History Museum. (The project is funded through a Legacy Amendment grant, administered by the Minnesota Historical Society.) The project is called “From Exile to Resettlement,”and it’s intended to create a living history of Bhutanese refugees in Minnesota. According to director Jada Hanson, “The Hennepin History Museum is a small local history organization that was able to make a significant impact in the community by providing access and a voice to an otherwise under-represented community.”

“Most oral histories that are captured for museums and historical societies that I have worked on over the years are archived away, and little is done outside of that,” she said. “Our participants’ stories are now on our website. You can see their pictures and family photographs, hear their voices, get a snapshot of what it was like living in the camps and what it is like for newcomers to arrive here.” 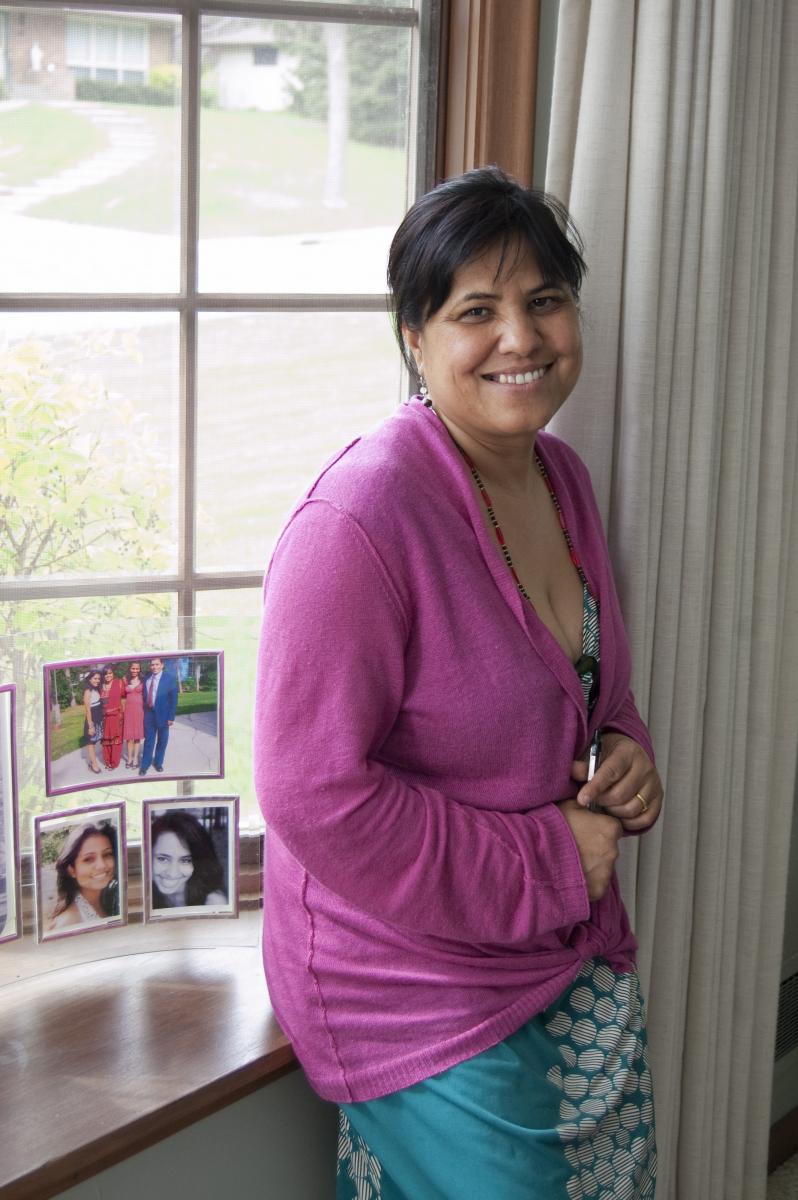 Like other Bhutanese refugees, Sharma’s story began with controversial policies set forth by the Bhutanese government in the 1990s. New laws required Nepalese in Bhutan to prove their citizenship through old tax documents—many of which had simply been discarded over the years. Passed under the guise of controlling illegal immigration, the laws were actually intended to curb the number of ethnic Nepalese in Bhutan, despite the fact that many, including Sharma, had been there for generations. From her story in From Exile to Resettlement:

“People didn’t have safety boxes to keep, and they were not aware they had to keep all these documents. So when they had this so called census, the Bhutanese government said that in order to pass [as] a citizen of Bhutan you have to show documents and prove that you have lived and paid taxes thirty years ago. And many of our families and friends and relatives—imagine—can you keep a receipt thirty years ago? So similarly, that happened to my family. So, when many of our family members and friends were not able to produce these documents, Bhutan government started discriminating them, separating them: those who can prove documents they are Bhutanese, those who cannot prove, they are not Bhutanese. So there was this separation within the family, and that brought a lot of stress and even in my village on daily life, for example, there was a lady in our village, who was forced to separate from her husband, and instead of being separated, she killed herself.”

The Bhutanese government also began mandating strict cultural and religious norms under a policy known as “One Nation, One People,” which created even more tension for those of Nepali descent.

Due to efforts by the U.S. government and resettlement agencies, Bhutanese refugees began to find asylum throughout the United States. Now they’re able to share their stories directly with the public through the oral history project.

Now 46, Sharma serves as both a participant and a translator for the project. Currently residing in suburban Minnesota, she’s still adjusting to her new life and trying to help other Bhutanese refugees do the same.

For her and many other refugees, one of the biggest issues to grapple with is loneliness. When Sharma first came to the U.S., she had no other family ties or friends in the area, as hers was the first Bhutanese family to arrive.

“I think the other difficulty is being isolated—not being able to mix up with mainstream Americans,” she said.

She also cited language differences as another potential problem for many refugees.

Sharma admits that her story is somewhat atypical from other Bhutanese refugees, however. She was fortunate to speak English and have the means to leave the country on her own.

“I know the system so it was easier for me to find a job [and] navigate the system,” she said. For many other refugees, however, the situation is much more difficult. Unlike Sharma, a good portion of them have spent almost two decades in camps.

Sharma believes the project will give these folks a voice and proper place in U.S. history. It’ll also serve as a way for future generations of Bhutanese to know their heritage, she said.

“I think it’s a really good way of advocating for people… especially for refugees,” she said. “We are part of Minnesota history.”

On a more basic level, the project is simply about connecting Minnesotans of a variety of backgrounds, Bergman said.

“This project is not just about giving a voice to them being here, but to help let the community know who their most recent neighbors are,” she said. “They have a rich history and culture, and it’s important to welcome them and get to know them.”

CORRECTION 2/22/2013: Fundng and administration of the project clarified in paragraph 4, to more clearly recognize that this is a project of the Hennepin History Museum.