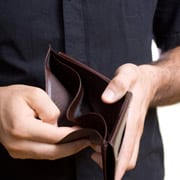 This is the bizarre state of Minnesota’s economic outlook. Each week, month and quarter produces fresh statistical studies on economic data that tend conflict with one another, often concealing trends that should be catching everyone’s attention.

The most recent case in point comes from the Children’s Defense Fund-Minnesota. It found shockingly higher numbers of Minnesota children living in poverty.

These findings were based on 2010 U.S. Census data so they don’t reflect Minnesota job growth during the past 18 months, said Kara Arzamendia, the fund’s research director. However, contrasting 2010 with 2000 data shows a decade of little progress. The federal government pegs the poverty line at $23,000 in annual income for a family of four. With incomes adjusted for inflation, the Kids Count report found nearly 200,000 Minnesota children living in poverty in 2010, up from 110,000 in the previous Census.

At the same time, nonprofit research groups such as the Jobs Now Coalition find the majority of newly created jobs in Minnesota are on the lower end of the pay scale and are unable to lift families out of poverty. Just as the number of employed Minnesotans goes up, so do the numbers of people living below the poverty line.

“We are seeing more people getting jobs, but most are part-time and lower paying,” explained Kevin Ristau, education director for Jobs Now. “There is no reason to believe we are having better luck escaping poverty.”

Backing up a few paces to look at trends, researchers for the Children’s Defense Fund and the Annie E. Casey Foundation cite what has happened to Minnesota’s median family income between the 2000 and 2010 Census reports. Falling inflation-adjusted median family income shows the middle class losing ground. 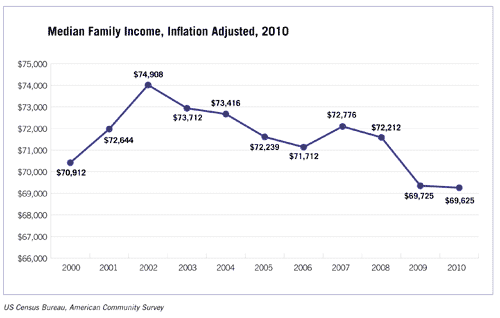 While the Casey foundation’s researchers find dangerous trends in Minnesota poverty, a separate study shows Minnesota officials haven’t just cut these kids and their families loose to fend for themselves.

At the same time, Ritchie said there is insufficient research on the quality of jobs being created to see if they are sufficient to lift families out of poverty or perpetuating poverty. This includes those self-employed, loosely called “1099ers” based on the tax forms they use, who work piecemeal jobs in rural areas.

Declining family income and job opportunities are the underlying problems for increasing poverty, especially in rural communities. The Kids Count findings are consistent with another recent report, “Faces of  Poverty,” from the Greater Twin Cities United Way.

The United Way’s Liz Peterson said 37.9 percent of Minnesota’s Native American population now lives in poverty, and 34.8 percent of the state’s African-American population is in poverty. From 2005 to 2009, she added, the median wealth of Hispanic household fell 66 percent, compared to 53 percent for African-American and 16 percent for white households.

New residents—immigrants and refugees—tend to be people from ethnic groups that register high in poverty statistics even though they came to Minnesota to work available jobs. In rural Minnesota, they join senior citizens in the low-income ranks.

In another report, “Social Security Works for Rural Minnesota,” a collaboration of Minnesota nonprofit organizations found that senior citizens comprise 10.7 percent of Minnesota’s most urban counties and 21.6 percent of our most rural counties.

What should be clear is that public policy leaders and civic groups must rationalize ways to strengthen the Minnesota economy through public policies that support economic development and livable wages and salaries. We are not working our way out of poverty.