USA Hockey announced Friday that Parise, a Minnesota Wild forward who served as an alternate captain for the 2010 Olympic silver medal-winning U.S. team, would be the captain for the 2014 squad which will compete in the upcoming Winter Games in Sochi, according to Dan Scifo of TeamUSA.

The 29 year-old Parise stands at 5’11”, weighs 190 pounds, shoots left, and his father J.P. Parise played for the Minnesota North Stars.

Parise returned to NHL action last week after missing 14 games with a broken left foot, according to Scifo.

On Jan. 30, all three Olympic Villages opened for the first time.

The Usadba Coastal Village consists of 47 buildings on the shores of the Black Sea. During the Olympic Winter Games, athletes competing in the following sports will be residing at Usadba Village: ice hockey, curling, figure skating, speed skating and short track.

Every village has an Olympic mascot as its host, the Polar Bear is host of the Coastal Village, the Leopard is host of the Mountain Village and the Hare is hostess of the Endurance Village.

The hosts are very close to the style of their villages. Hare loves fairy tales, Leopard appreciates Russian tradition, and Polar Bear is interested in history and modern technology.

The Sochi 2014 Olympic medals feature Sochi 2014’s “Patchwork Quilt,” a mosaic of national designs from the various cultures and ethnicities of the Russian Federation. The medals depict the landscape of Sochi, with the sun’s golden rays reflecting through a prism of snowy mountain tops onto the sandy beaches of the Black Sea coast. The medals are made from a combination of metal and polycarbonate, the medals have a sense of lightness, according to the official website of the Olympic Movement.

The 2014 Olympics Opening Ceremonies are scheduled Feb. 7 and televised on NBC.

The Games in Sochi will be the first winter games to have individual events broadcast in Super Hi-Vision digital format, which has 16 times the resolution of HDTV with 22.2 surround sound. 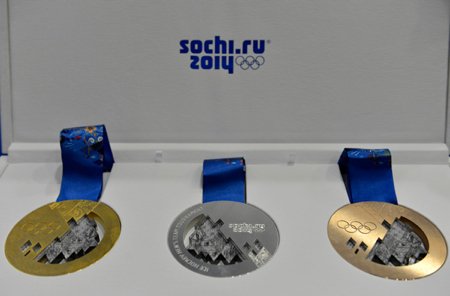 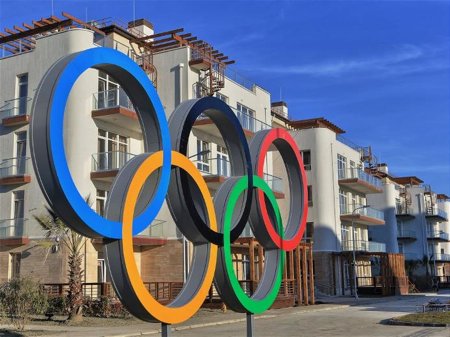 (Above) The Olympic Villages are open. Photo: USOC