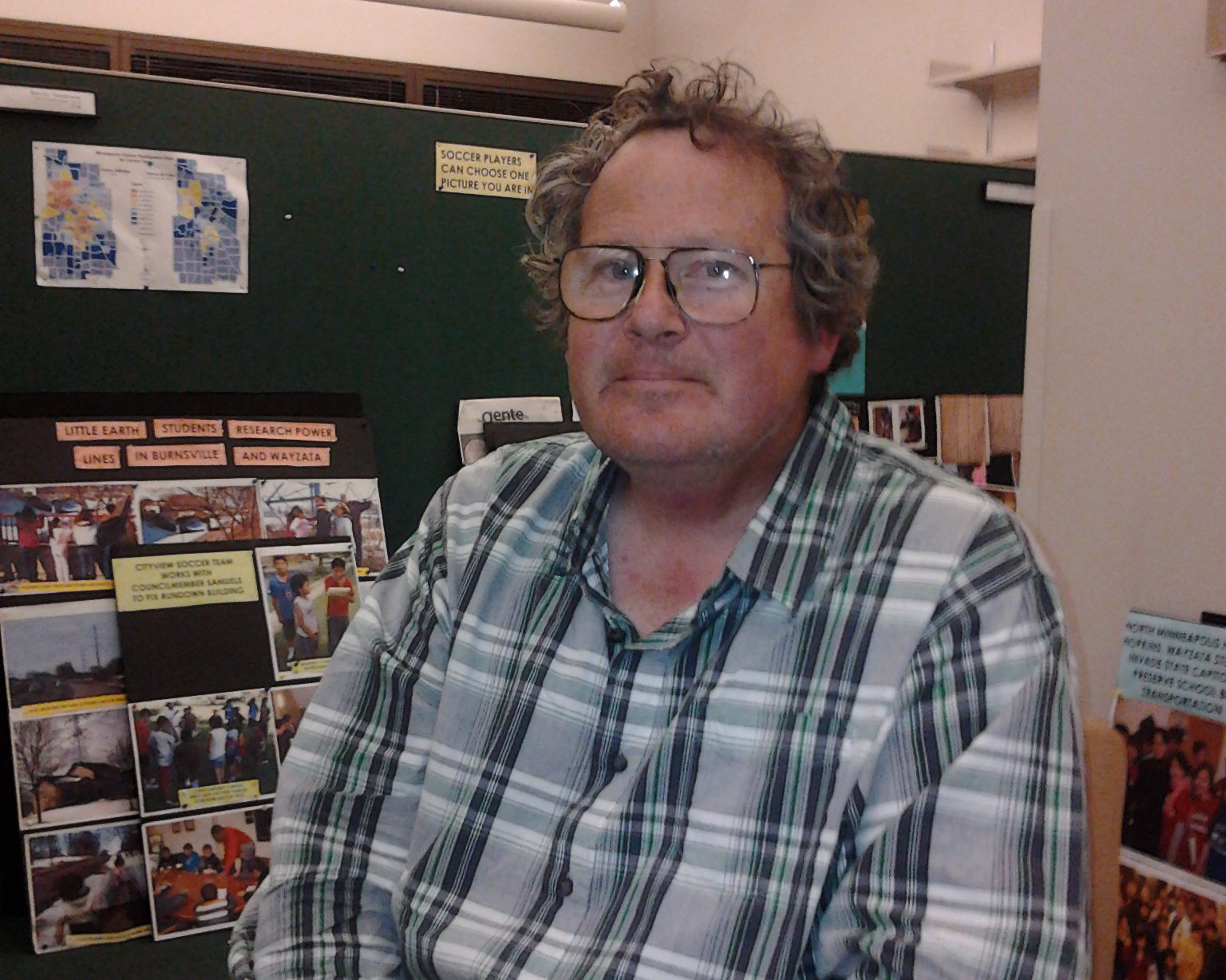 Jay Clark, the Director of the Minnesota Center for Neighborhood Organizing (MCNO), a program of the University of Minnesota’s Center for Urban and Regional Affairs (CURA), thinks that everybody should be involved with their neighborhood group, whether they are rich or poor.  “It’s so American and so needed and not done in a lot of contexts,” he said. As opposed to other kinds or organizations, where people are preselected depending on their ideology or belief, neighborhood groups allow a voice for every person. “We need it badly,” he said. “There are too many forces that pull us apart.”

Neighborhood groups “work on issues that affect your life,” Clark said, “as well as huge issues.” Whether you have a drug dealer next door, or a missing stop sign at the end of the block and people are getting into accidents, neighborhood groups work on those important issues, and get people involved who aren’t normally involved.

Clark decided to become a community organizer when he was attending graduate school at the University of Chicago, studying history, and living in Hyde Park. He witnessed a man robbing a woman, and because the man knew where Clark lived, he moved into a different neighborhood, where he became involved in a local neighborhood group. “I liked it,” he said. “I had a passion about it.” Among the people at the meetings was a person who was called an organizer. “Whatever they were doing sounded like a lot of fun,” Clark said.

Community organizing had a tie-in with the American history that Clark was studying. “It all kind of tied together,” he said. “I didn’t know what organizing was but I knew my neighborhood. I got the basic idea real fast.”

He grew up in Connecticut, with three siblings. His father was Catholic, although the family was not brought up in a religious tradition. These days he’s a Unitarian, the place for “devout agnostics,” he said.

Currently Clark is the Director of the MCNO, part of CURA, where he’s worked for the past 20 years. The aim of the program is to connect neighborhood needs with University resources. The idea, he said, is like an “urban 4-H,” where Clark works with neighborhoods to help them with basic skills to improve their communities. Much of his organizing work is done with young people, and involves issues around schools.

Much of his work involves immigrant communities, who sometimes are fearful of speaking up. “Those of us who grew up in this country have an instinctive understanding about our rights, and that we have a right to say we disagree with something, and that if we speak up loud enough, at least sometimes we are going to win,” Clark said. That’s not necessarily the case with people who have come from places where they may not have had that freedom. “If you lived your whole life in a refugee camp, where if there’s something you didn’t like and you spoke up, you weren’t going to change that, what you were going to do is get clocked on the head and make your whole life worse,” Clark said. “What you really learn is to keep your mouth shut and your head low, and just hope that the problem would go away, and at least not really flatten you.”

So when Clark works with refugee and immigrant communities, he not only deals with the language barrier (he currently spends about an hour a day learning Spanish), and building trust, but also teaching people something that is maybe different from what they know. “Participating in our civic process is teaching people the opposite of what their whole life experience is.

With CURA, groups that Clark has worked with have won a pile of issues in the last six years — including getting bilingual teachers at Jordan Park, which is now a Hmong magnet school, saving the Hmong language class at Henry, saving bus transportation at Henry, getting soccer fields at City View School, and getting a Hmong city police officer on the North Side.

“Anybody can do this,” Clark said. “I don’t have magic powder.” The secret, he said, is to be nice. “If you are nice, you listen, you are patient, if you are helpful when you can you will succeed.”

CORRECTION 12/2/2012: The first publication showed the wrong order of organizing jobs in the Twin Cities, which has now been corrected.