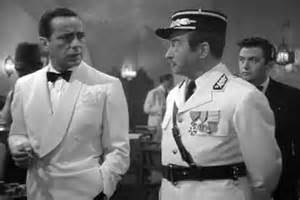 Are we to be shocked and surprised that the estimates for the pulltab revenues for the Vikings stadium were essentially made up by gambling interests and not verified by the governor and legislature? Perhaps we should be no more so than was Captain Renault in the movie Casblanca when he declared that: “I’m shocked, shocked to find that gambling is going on in here!” The story of the Vikings pulltab debacle unfortunately is a common occurrence, the result of pressure politics, money and politics, and the often lack of capacity or will of public officials to analyze and digest complex information.

The Vikings deal was the proverbial effort to place lipstick on a pig. It was a bad deal for Minnesota no matter how you cut it. As I point out in my recent book American Politics in the Age of Ignorance: Why Lawmakers Choose Belief Over Research, the evidence is practically incontrovertible–public investments and subsidies for professional sports is perhaps the single worst economic development investment that can be made by the government. Passing aside the arguments about such subsidies being no more than welfare for sports owners or public gifts to a private and heavily profitable private business, study after study demonstrates that no matter how you measure it–number of jobs, cost per job, or overall economic impact–public investments in professional sports is a terrible return on investment.

So why did Minnesota do it, especially when surveys were clear that the public overwhelming opposed the use of tax dollars for the Vikings (as it did for the Twins just a few years before)? A cluster of reasons explain it. First, the Zygi Wilf’s of the world deploy scarcity of teams, the threat of leaving a market, and the emotional tugging of fan loyalty to pressure politicians to support such deals. That was definitely the case with the Vikings. It has to explain in part Governor Dayton’s nearly inexplicable choice to make doing the stadium deal a top priority for him. As a business person he should have known better that this was a bad economic deal for the state but he still pushed hard for it.

But second, the Vikings stadium deal demonstrates the power of pressure of politics. Since 2002, the Vikings have directly spent more than $6 million lobbying the state legislature for a new stadium. Wilf alone since he took over at the owner has spent nearly $4.3 million lobbying. Add to that political contributions and then money spent by other groups such as the Chamber of Commerce, the hospitality industry, and the buildings and trade unions, totally expenditures to lobby for a new Vikings stadium would easily top the ten million mark in the last decade if not since Wilf took over.

The legislature, especially the DFL last year, was under enormous pressure to do a Vikings deal because the governor wanted it and his party wished to support him. But the public was insistent that no public dollars be spent, so how to make both the governor and the public happy? Find another source of revenue. Enter pulltabs. One can only suspect that the legislature and the Gambling Control Board was under enormous pressure to make the pulltab numbers work no matter what. Explicitly or implicitly the understanding was this. Yes solely consulting with the gaming interests was stupid and a conflict of interest, but that stupidity was compounded along the way. At some point someone in the governor’s office should have asked how the numbers were generated, or the same should have occurred in the many legislative hearings. But it did not. Why?

First, no one really wanted to know. The deal was more important. Second, One can see a scenario of bureaucracy where everyone thought that someone else had checked the numbers and thus by the time they got to them they just assumed the numbers had already been vetted.

But third, there is the capacity question. By that, most of the people looking at these numbers lacked the skills or knowledge to read them or make estimates regarding the pulltab revenue stream. Yet there were many red flags that should have given one reasons to question them. We were in the middle of a recession with less disposable income for gaming, especially among the poor who were already the biggest gamblers and among the most exploited by casinos and gambling already. Minnesota already had a robust and extensive lottery and charitable gaming industry–what evidence is there that there was an untapped market that could be expanded? Finally, what evidence was there that there were many organizations that wanted to do these pulltabs, again given how well developed the existing gaming industry was already?

These are just some of the questions that should have been asked by legislators. That is there job. Maybe some did know better but they remained silent, especially among the DFL who felt they had to support the governor. Overall, DFLers produced 55% of the votes for the stadium. Additionally, of the 90 Democrats voting on the stadium 62 or 69% voted for it, while 50 of 109 or 46% of the Republicans supported it. Given that a DFL governor pushed the bill, the DFL produced the majority of the votes for the stadium, and over two-thirds of them supported the Vikings proposal, the Democrats own the stadium. Yet the Republicans should not be let off the hook–many of them voted for it and Senator Julie Rosen and Maury Lanning–Republicans, sponsored the bill in the Senate and House.

Government can do better than it did here. The bigger issue is how do we increase the capacity of public officials to make good decisions. But here the Vikings pulltab story points to a huge bipartisan public fiasco due to a pressure politics, negligent or willful blindness to the facts, and simply bad decision making. Given that, we should be no more shocked about the Vikings deal than Captain Renault was about gambling in Casablanca.