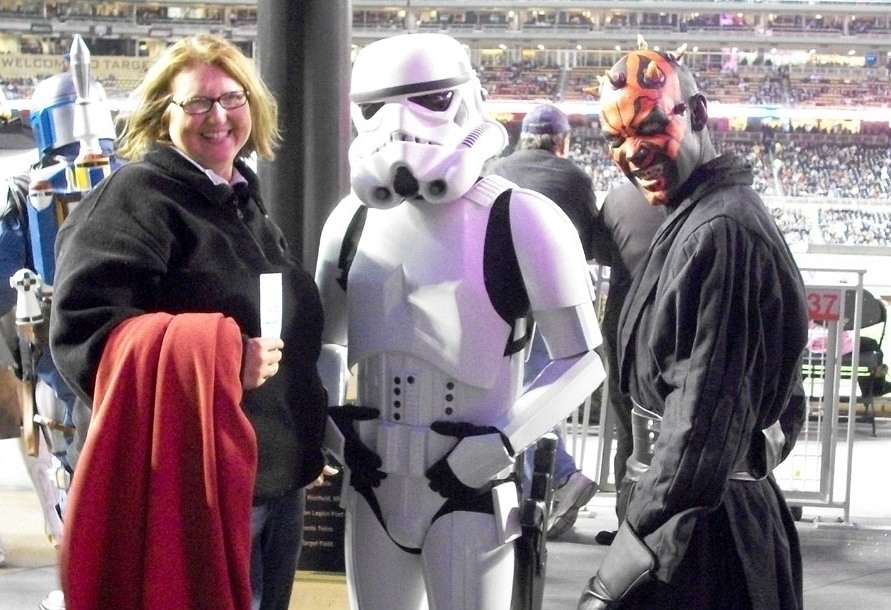 We were at a Twins game last week that was announced as Star Wars night. With Star Wars characters helping to change the bases, singing “Take Me Out to the Ball Game,” and ruling the concourses, I felt like I was at a St. Paul Saints game rather than major league baseball. Even with the Jedis in attendance, the Twins could not pull out a win.

At this time last year the Twins were finishing up their season with a guaranteed spot in the playoffs. This year the Twins are facing the prospect of losing 100 games. With three games left in the season they are 61–98. They will only narrowly miss setting the record for most single-season losses (102 in 1982) in franchise history.

This season has been so bad that it is mind-boggling. Not only are we losing, we are literally throwing the games away with horrendous defense. The Twins have always been a team that has prided themselves on playing sound fundamental baseball. I am sure that everyone from management to coaches to the players themselves are questioning where this breakdown
occurred. The manager and hitting coach for the AAA Rochester team have already been fired.  The announcement has been made that spring training will start three days earlier next year to spend more time on the defense. Gardenhire has said that the players coming to the major league level now do not practice basic baseball skills that should have been learned when they were young and fine-tuned in the farm system.

And the injuries that the Twins have suffered must also be record-setting. Among players with the Twins on opening day, the team that is on the field right now has only Michael Cuddyer and Danny Valencia playing on a regular basis, and Carl Pavono is the only original pitcher currently in the starting rotation. With Justin Morneau and Denard Span struggling with concussion symptoms and Joe Mauer having his worst season on and off the field, I think there are real concerns about the team that will show up for Opening Day 2012. Jim Thome was traded to the Cleveland Indians, Delmon Young went to the Detroit Tigers; and Jason Kubel, Joe Nathan, and Cuddyer will all be free agents this fall. Where is the clubhouse leadership going to come from?

The Twins started 2011 with hopes of building on the success of 2010 and the excitement of Target Field. They acquired Tsuyoshi Nishioka as the starting shortstop and let J.J. Hardy go.  Alexi Casilla was looking like he had finally matured into the second baseman the Twins always thought he could be.

Things started going bad on the first road trip of the season when Nishioka broke his leg at Yankee Stadium protecting second base. He was in the dugout on crutches for the home opener, which left the Japanese press in attendance writing about Hideki Matsui, who was playing for the Oakland Athletics. 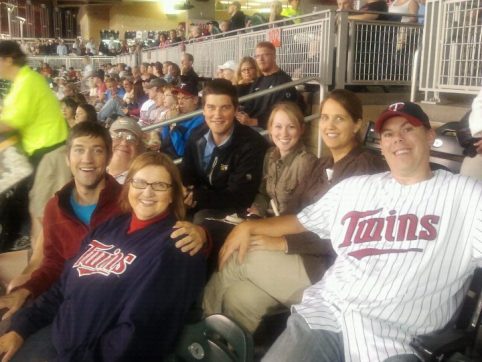 Baseball certainly takes on a different flavor when the team is playing so poorly, but I still make a point of watching the game every night—and it has been great to see all of the young players who have had a chance to get such valuable major league experience. Earlier this month I was at a game with my family where the Twins had three players making their major league debuts in the same game! And the Twins are the only team in major league baseball to have two players on their active roster named Rene: Tosoni and Rivera. Who said there is nothing left to play for
this year? What other strange records can this team create in this very strange season?