On May 25 I received a pass to cover the Minnesota Twins game for the Twins Cities Daily Planet. The pass that was available to me did not allow access to the press box or the clubhouse. However, I was allowed access to the field for batting practice and pre-game preparations. During batting practice the press are allowed to talk to the players as they come and go from the batting cages. There are very strict parameters that the press have to follow on the field being respectful of the need for the players to get their work in. Unfortunately it rained heavily that day and batting practice was cancelled.

I waited until the rain stopped and went on the field when they began preparations to remove the tarp. I was the only press member on the field: obviously everyone else had seen these preparations before. 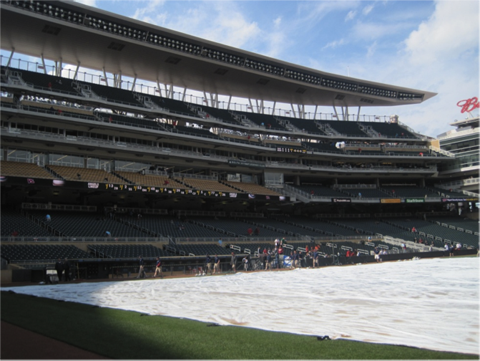 The tarp is in place but the sun is shining—looks like there will be a game! 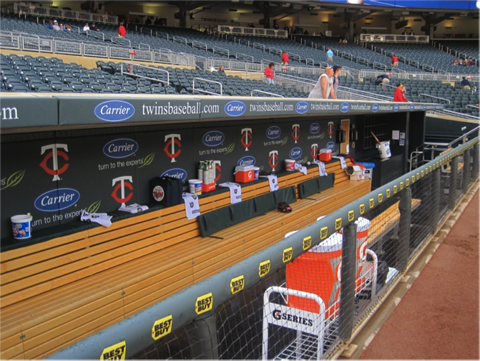 The stage is set for the players’ arrival in the dugout. 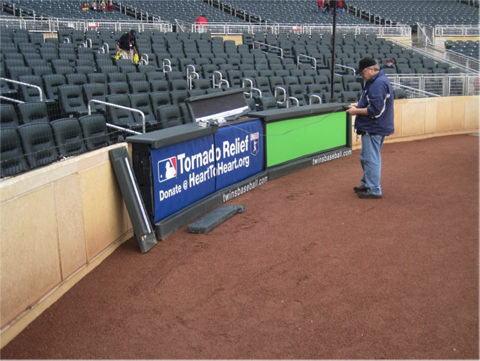 Did you ever wonder how those advertising signs get set before the game? The sign on the left is two roller shades that are controlled manually and the screen on the right is a video screen. Why two different types? I guess I should have asked! 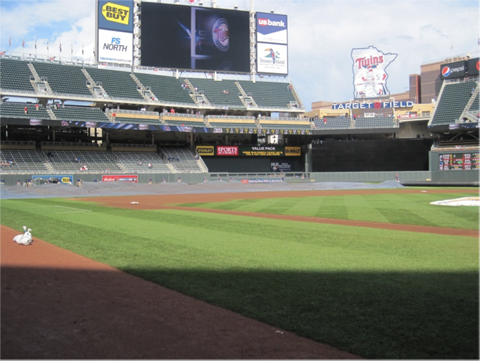 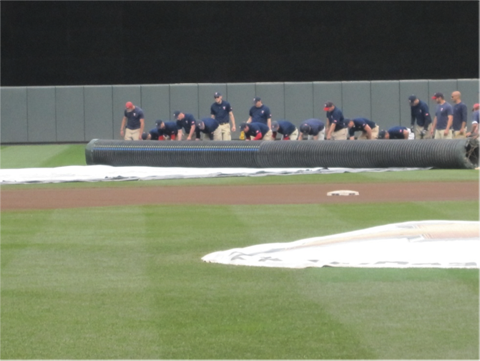 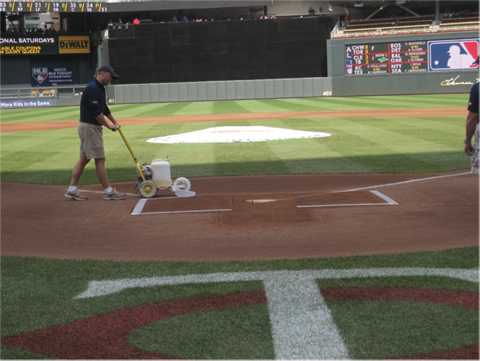 The batter’s box is carefully measured and then chalked. 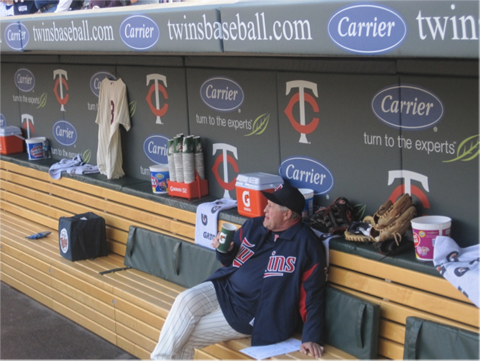 Harmon Killebrew’s jersey is hung in the dugout as it will be before each game this season.  Bullpen coach Rick Stelmaszek watches preparations from the dugout.  Note the lineup card that he will take with him out to the bullpen for the game. 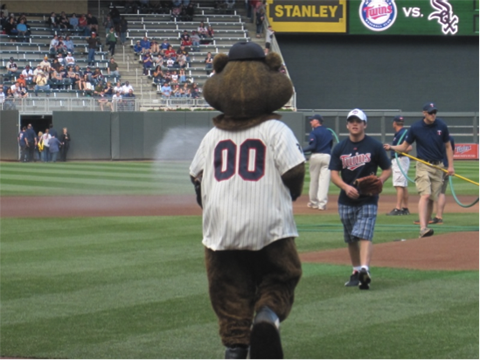 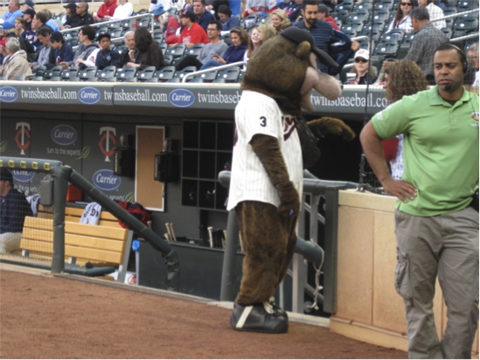 TC Bear arrives on the field to do his thing. 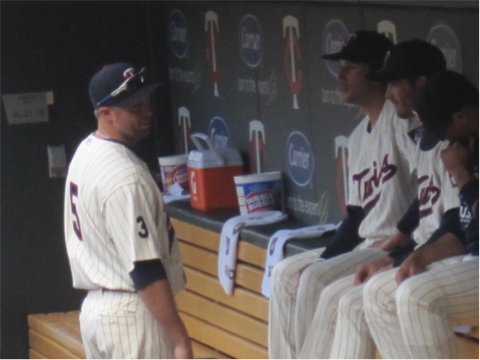 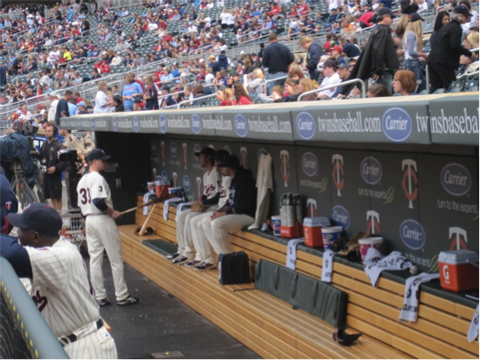 The players start collecting in the dugout. 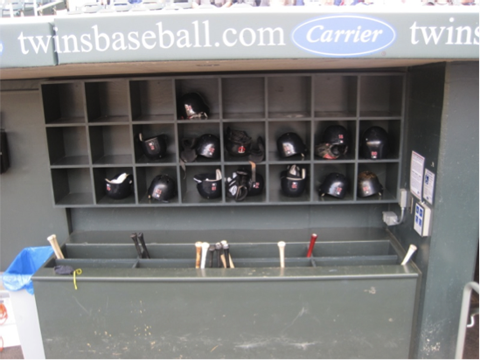 Each player brings up two bats before the game and puts them in the bat rack. 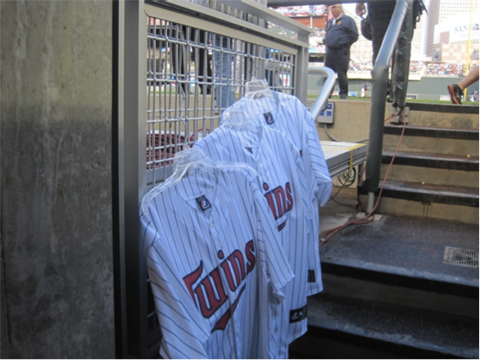 Press are required to leave the field before the national anthem. Three shirts are lined up at the field entrance to be given out to the person throwing out the first pitch. Some games there are two or three honorary first pitches thrown out.