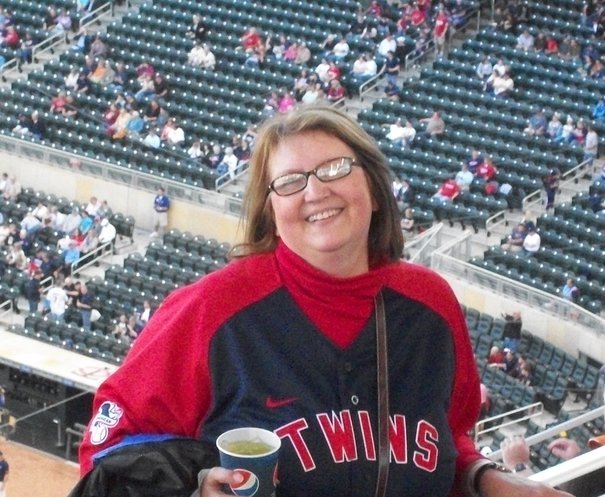 Someone made a comment over the weekend that it must be hard to come up with ideas for a blog right now with the Twins playing so poorly. While I have not been as faithful with my writing as I had hoped, it is not because of the Twins record. Life happens and my days are filled with all that life brings—the happy times, the sad times, the aches and pains, the quiet relaxing days with a good book, time with friends and family, times alone. And woven through all of this is always baseball.

The Twins season this year has been like our weather—unpredictable and inexplicable. It is June 1. It shouldn’t be too cold to sit outside comfortably; the tulips, lilacs and lilies of the valley should not be still blooming; we should not have 20+ days of clouds and rain in May.  But what I love about Minnesota weather is that I never know what I will find when I get up in the morning. Each day is a surprise. And this year with the Twins I never know what I will get when I watch a game. While this type of unpredictability can be disheartening for some Twins fans, I have not found that it has spoiled my joy in watching the game.

Over the past ten seasons the Twins have definitely had more than their share of winning seasons and great games—including division championships in 2002, 2003, 2004, 2006, 2009, and 2010. And in those ten years, Cleveland has only won the division once. On the other hand, from 1995-2001 Cleveland won six of the seven division titles. So maybe it is just Cleveland’s turn to win this year.

Someone reminded me of the Twins’ records in 1986 and 1990—the two years prior to their World Series wins. In 1986 the Twins had a record of 71 and 91 and finished 6th of 7 in the division. In 1990 their record was 74 and 88 and they finished last in the division—remember worst to first? So maybe this is the worst that comes before the first.

I am done with statistics; sorry if I lost you there. The point is that teams have good years and teams have bad years. Even though the Twins are losing right now, I will be there tonight watching the first pitch. I will watch the entire game because I am an optimist—I have seen the Twins come back in the ninth inning, with two outs and two strikes on the last batter. And what is more exciting than a comeback victory?

I was at the game last Saturday night. I actually had press credentials for the game—but that is a different story. Even though I got in as press I also had my regular tickets and watched the game with my daughter. It was a beautiful night and the Twins won the game 1-0 in the bottom of the 10th against the Angels. Anthony Swarzak threw a no-hitter through the 7th inning and gave up one hit in the 8th. Jerod Weaver threw nine scoreless innings. In the bottom of the 10th the Twins had the bases loaded with one out. The Angels went with five infielders and two outfielders and Danny Valencia hit a ball over Torii Hunter’s head for the walk-off win. That game was fun. I also got to see Jim Thome hit two home runs last week in his first game back from the DL—and I hope to see him reach 600 home runs this year.

So don’t give up on baseball just because the Twins are having a tough season. Through last summer when I was watching my Mom’s health worsen, the Twins were with me during the countless drives to New Ulm. Now when the Twins are down, they need their fans more than ever to be there for them, cheering them on despite the scores.  If you think we feel bad about a loss, imagine what the Twins clubhouse is like these days.

And for the record, I believe the Twins can turn things around and start winning.  Remember, my glass is always half full.