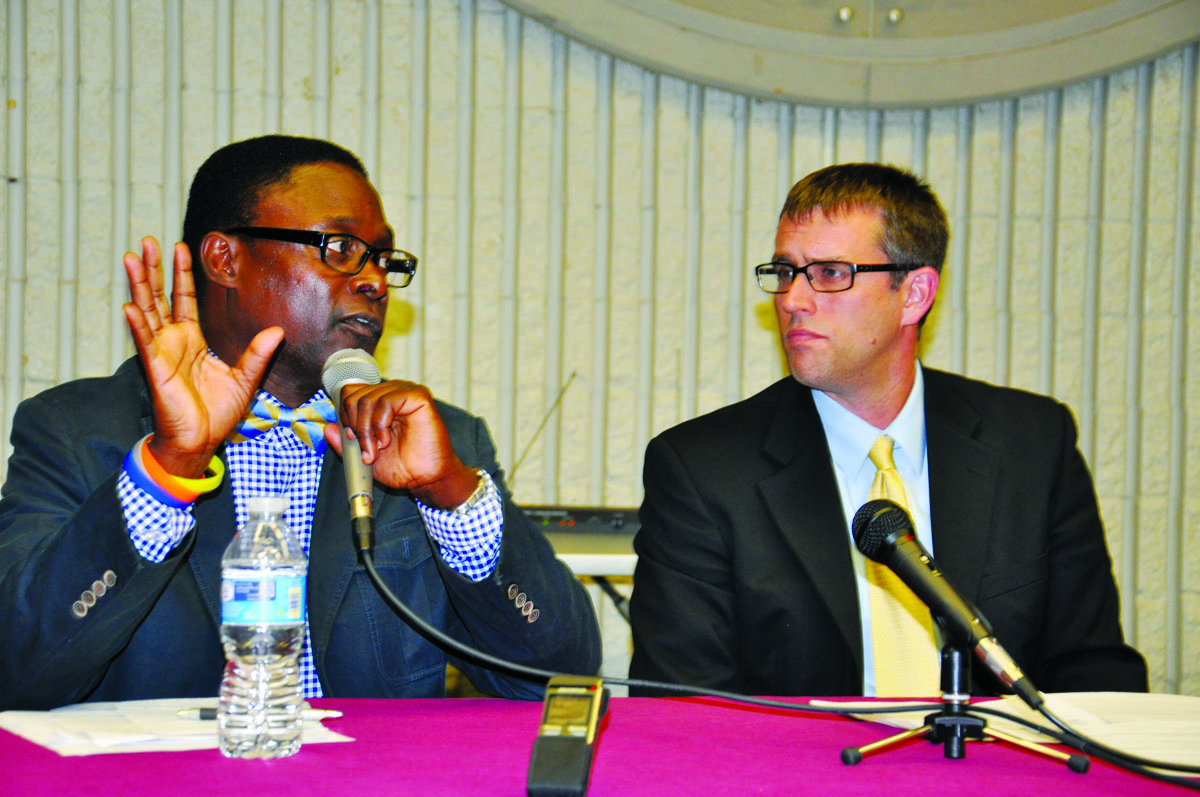 As fear grips West Africa with an outbreak of the deadly Ebola virus wreaking havoc in unprepared countries — Guinea, Liberia, Sierra Leona and Nigeria — the Minnesota Department of Health is in a race to calm fears of a possible Ebola outbreak in the Twin Cities.

At a public information meeting hosted by MDH in Brooklyn Center on Wednesday, Aug. 3, more than 150 people attended to hear various speakers and officials about the current Ebola situation from the four affected African nations and how MDH is monitoring it here. Both Brooklyn Center and Brooklyn Park are homes to thousands of West Africans that include about 30,000 Liberians and reportedly 6,000 Sierra Leoneans.

“Like the community back home, there is a group psychology of fear going on in the West African region,” said Wynfred Russell, director of African Career, Education and Resources Inc., stressing that the task now in the African community in Minnesota is to provide accurate and scientifically based facts about Ebola. “There is a lot of anxiety in the community.”

Russell believes it will help dispel the wrong information and ease the tense situation within the Africans in Brooklyn Center and Brooklyn Park respectively. MDH health officials emphasized that the risk of spreading Ebola in Minnesota is “very low.”

In recent weeks following the outbreak in West Africa, MDH continues to send out several health alerts to the general public and healthcare providers. The alerts provide information on the symptoms and other signs to watch for, especially from patients and recent travelers from West Africa. At the Brooklyn Center community meeting, MDH allayed the fears of those present and also talked about the need to inform as many people as possible.

Health concerns in the community heightened when the late Patrick Sawyer, a 40-year-old Liberia government consultant from Coon Rapids in MN, died of Ebola in Nigeria on July 25. The Ebola outbreak has killed about 961 people from a reported 1,779 cases according to the World Health Organization (WHO).

Ebola, which first broke out in 1976 in Zaire, now known as the Democratic Republic of Congo (DRC), has no proven treatment. The health department said it is transmitted by contact with bodily fluids from individuals sick with Ebola or someone that died of the disease.

“Ebola is caused by the Ebola virus. It affects many of the body’s organs and often causes severe illness,” reads an updated August 6 MDH alert also noting that the hemorrhagic fever is not transmitted through casual contacts.

For many people coming from the region, there have been many lapses in the West African regions’ healthcare systems, especially in Guinea, Liberia and Sierra Leone. All of these countries, according to many West Africans, lack healthcare systems that would have contained the Ebola outbreak, and it consequently spread into other countries.

Russell and other African community leaders say members of the general public should not panic since Minnesota has one of the best healthcare system in the United States, with well-trained medical staff to take care of outbreaks such as Ebola. Also, they stressed that there has been a preventive system that is well equipped to handle any situation from the West African health crisis.

The civil wars in Sierra Leone and Liberia left both countries without any stable or equipped medical system in place. Guinea, on the other hand, has always been in political turmoil with less attention to its poor medical facilities and system over the years.

When the Ebola breakout occurred in the region, all three countries were caught unprepared. Government officials panicked, and it took the three countries’ health ministries days to respond to the unfolding health catastrophe.

Related story: Reflections of New Minnesotans: The Ebola outbreak and its implications, for Liberia and Minnesota (Nekessa Opoti, AM950, 2014)