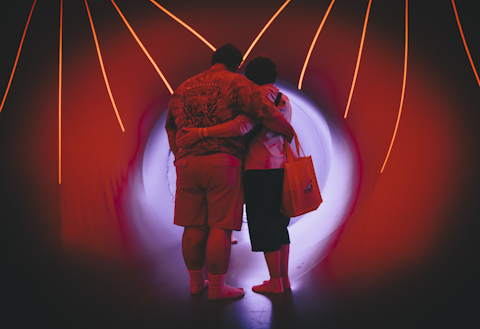 Minnesota State Fair visitor Shelley wrote in Luminarium’s guest book that her journey through the inflatable walk-in sculpture “was like being inside a loving heart.”

Kim Lucas, Luminarium co-manager, said the structure can be a great respite from the sensory overload of the State Fair. “It’s a good place to rest your stomach after all those things on a stick,” she said.

Lucas, 32, and co-manager Jon Gatt, 44, hail from Nottingham, UK so items on a stick are new to them. Luminarium sculptures have been in Minnesota before, but this is its first appearance at the Minnesota State Fair and the first time England-based Architects of Air has presented a Luminarium at a state fair.

Gatt said Luminaria are difficult to describe in words; it’s more of a visual effect. Because of its pictorial impact, guests are encouraged to take photographs to share with the public, he said. 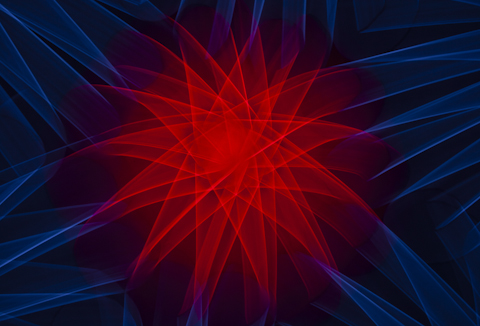 Soothing music playing inside the structure is a piece titled In Gold, composed specifically for Luminarium by composer David Bickley, who was inspired by the creation. Speakers are placed in small internal pockets within the sculpture.

Gatt said he appreciates Luminarium’s location at a quiet end of the Minnesota State Fair. “You might not have the same calm atmosphere somewhere else [on the fairgrounds].”

The Luminarium is completely handmade, said Lucas. “We’re very proud of what we do. So many things are made by machines. We showcase what we’ve made by hand.” Luminaria are built from scratch and take six months to build, she said.

The 11,000 square foot Luminarium consists of soaring domes, extensive tunnels, and light immersion, said Lucas. “It’s a sanctuary of the senses,” she said. Several “pods” or alcoves are available for people to sit and relax.

Mirazozo has a large central dome—the largest open space structure that Architects of Air has built. The structure features several “dodecadomes” and the pattern of seam lines helps promote an almost meditative frame of mind, according to their website.

Parkinson lives in France and works both there and in Nottingham, England. Gatt said Parkinson was inspired by Islamic art and architecture and influenced by German architect and structural engineer Frei Otto and Buckminster Fuller, designer of geodesic domes. Otto founded the Institute for Lightweight Structures at Stuttgart College of Technology and Fuller is noted for creating the iconic Spaceship Earth at Disney World’s Epcot Center.

Lucas explained that much of Luminaria design is based on geometry. The structure changes color as outside lighting changes, giving each visit a unique, different appearance. At night, artificial lighting provides a completely changed look from daylight’s natural fluctuating light. 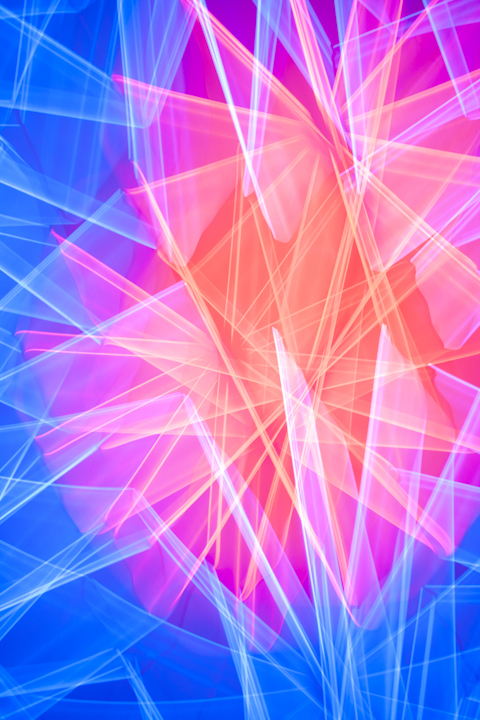 Mirazozo makes extensive use of an “illuminated seam” feature where seam lines create a lattice of light. Lucas said the Luminarium is a visual art experience, not an exhibit. “It’s a very different kind of amusement,” she said.

The silver lining of the Luminarium is completely opaque so no outside light penetrates except where designers allow it with neon-like strips. “All the colors you see is from outside, shooting inside the structure,” said Lucas.

Gatt explained the Luminarium is safe in all kinds of weather. It took one full day to position the sculpture and inflate it; 13 tons of ballast are positioned to hold it in place. It is grounded so can withstand lighting strikes. The structure is air conditioned and lavender and cedar wood oil are used to control natural odors from humans and the ground. Employees clean and scrub the Luminarium several times a day. 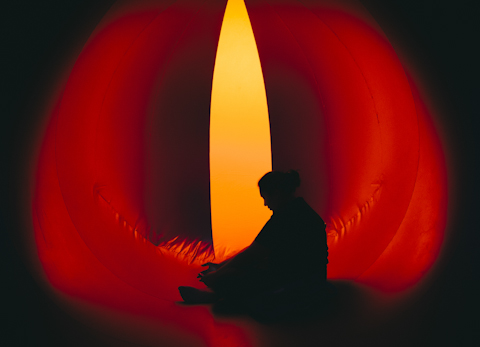 (Above) Luminarium alcoves for meditation or relaxation.

The Luminarium is entirely wheelchair accessible. Architects of Air originally grew out of a theater project for people with learning disabilities. “It is completely inclusive, a place everybody can come. All ages and all abilities,” said John.

Visitors need to remove their shoes prior to entering (socks can be left on) because of the fragile pvc material the Luminarium is comprised of.

Gatt said one reaction he hears people say over and over as they exit the Luminarium is: “Here we are entering the real world again.”

Luminarium is located at the intersection of Cooper St. and Murphy Ave., east of the Pet Center. Admission is $4, children under 5 are free (in addition to the State Fair gate price). Hours are 9 a.m. to 9 p.m. The Minnesota State Fair runs through Labor Day, Sept. 3. 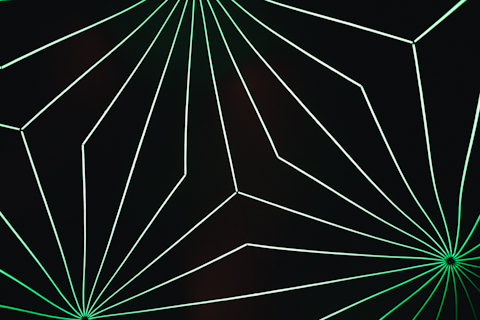 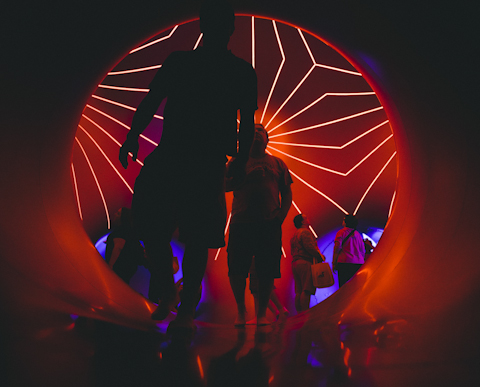 (Above) Tunnels connect through a main, central dome. 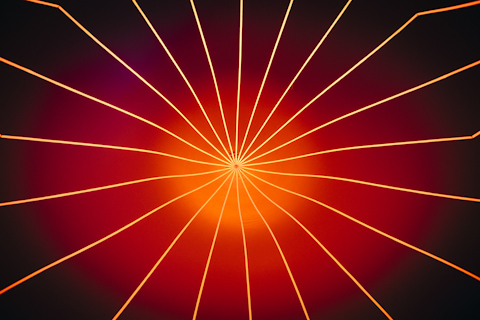 (Above) Soaring domes with lighting features dot the Luminarium. 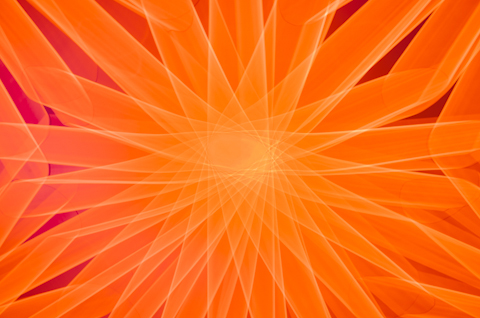 (Above, below) Luminarium: photography encouraged. 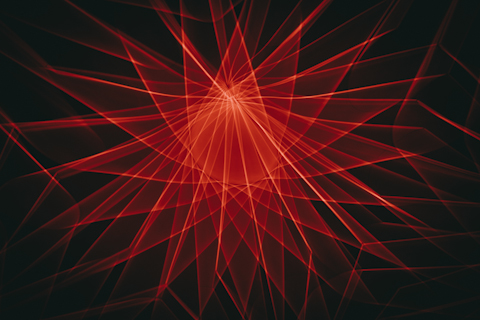 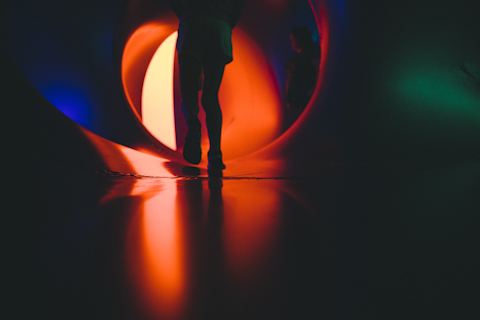 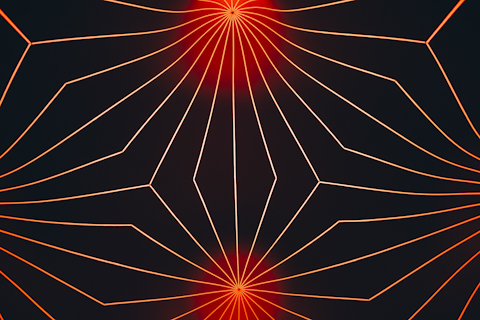 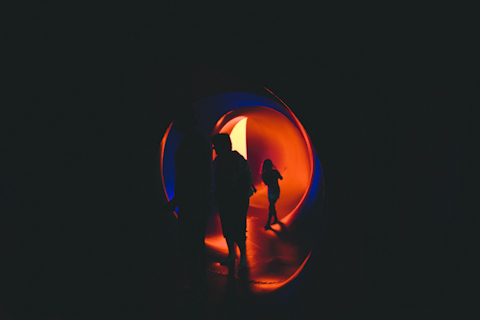 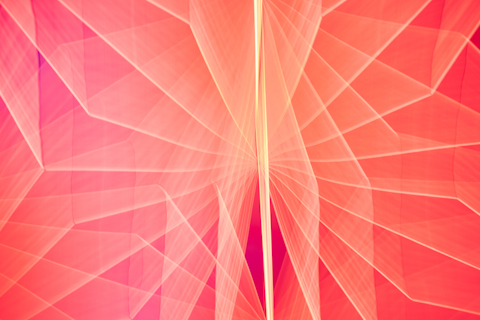 (Above) Lighting changes with the outdoor environment. 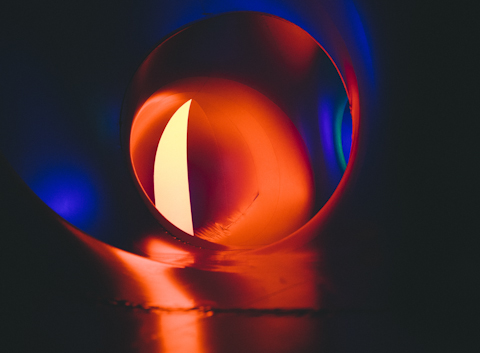