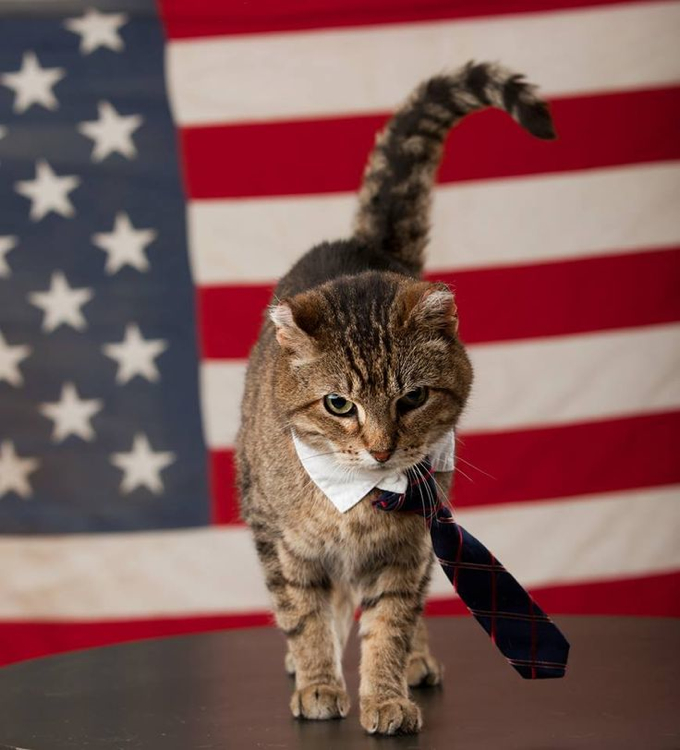 The Minnesota State Fair joined the online social community Pinterest as a new feature for 2013 fairgoers.

“We are hoping to make Pinterest a great resource for fair guests,” said Christine Noonan of the Minnesota State Fair Marketing and Communications department.

Noonan said they have 160 followers since going live June 19.

The Minnesota State Fair Pinterest board categories include: New Foods 2013, New Attractions & Exhibits, Healthy at the Fair, Little Tykes, Fair on a Budget, Events on the Fairgrounds and Patriotic Cat Photo Contest. The winner of the Patriotic Cat Photo Contest board went to the cat “President Cleo.” Cleo received a winning prize package to the 2013 Internet Cat Video Festival at the State Fair Grandstand Aug. 28.

Noonan said Fair staff is developing more boards in the days leading up to the State Fair opening and during its 12-day run. One board in discussion is “celebrations at the fair,” like wedding or birthday pins, said Noonan. “We want people to make the most of the Fair,” she said. 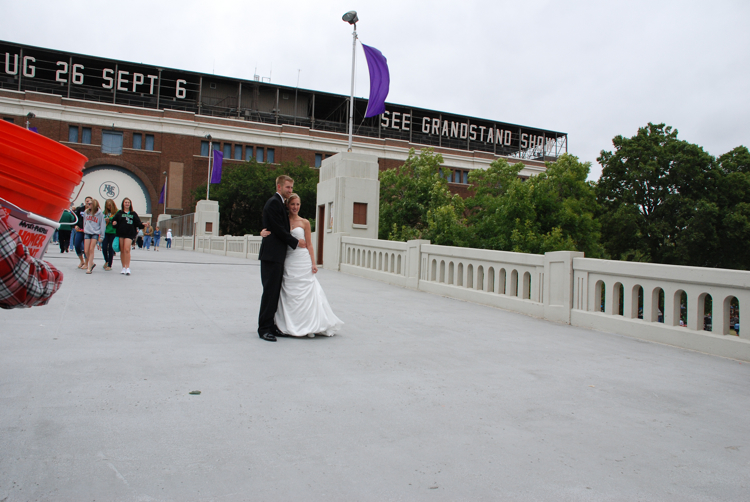 (Above: getting married at the State Fair? Submit your photo for a possible pin on their Pinterest board) Photo: Minnesota State Fair

Fair visitors are encouraged to submit a pin idea to the State Fair media department. For example, said Noonan, if you snap a photo of your child participating in a fun activity at the Fair, send the image to: fairinfo@mnstatefair.org. After approval, State Fair staff will pin it to the board Little Tykes and the pinner will get full credit. Other Board categories seeking fairgoer suggestions are Fair on a Budget and Healthy at the Fair.

“A Fair guest can send in a photo to us via email, and we could repin it on one of our boards,” Noonan said. “It’s pretty easy to do.” Instructions on submitting a pin to the State Fair Pinterest site are located in a blue box titled: “Help Us Add Pins!” found on participating boards.

Pinterest is an online pin board that displays visual images that users “pin” to a board, similar to bulletin boards. Pinterest is one of the fastest growing social networks online, and is the third largest such network behind only Facebook and Twitter, according to Mashable, an online news site that covers digital culture.

The Minnesota State Fair began publishing Instagram photos two or three years ago and has over 3,000 followers. Instagram allows people to share events through a series of photographs or short videos. Although the State Fair currently doesn’t have a hashtag feature to share fairgoer’s pictures with the State Fair, Noonan said staff is looking into adding this feature in the future.