Clydesdales are one of the strongest breeds of horses, standing more than six-feet tall and weighing 2,000 pounds, according to the State Fair. The horse team will appear in the State Fair Mall Parade Aug. 22 and 23 and Aug. 25 and 26 at 2 p.m. The horses will also be in the AgStar Arena at various times.

The Budweiser Clydesdales are a tradition with Super Bowl advertisements. The 2013 Super Bowl commercial of a young man training a Clydesdale horse for the Budweiser team was especially popular, winning first-place in the USA Today fan vote.

More than 300 years ago, Clydesdales were developed for farm work in the region of Clydesdale, Scotland. They are most easily recognized for their substantial feather — the long hairs of the lower leg that cover the hooves, according to the Budweiser website. The Budweiser Clydesdales made their first-ever appearance on April 7, 1933 as a gift from August A. Busch, Jr. and Adolphus Busch to their father in celebration of the repeal of Prohibition.

In 1950, the Budweiser Clydesdales received their very own mascot: the Dalmatian. Watch for the dog sitting aside the driver.

On Aug. 27, in celebration of Military Appreciation Day, four T-6 Texan World War II Trainer Airplanes will perform a missing-man formation flyover. The flyover will take place following the 10:25 a.m. flag-raising ceremony at the Leinie Lodge Bandshell and the parade of Vietnam era veterans proceeding from the Bandshell to Carousel Park. Up to 10,000 bandanas will be given away to fair guests along the parade route to wave in honor of service members.

Country artist and U.S. Army Veteran Rockie Lynne performs a “Tribute to the Troops” concert as part of the Military Appreciation Day celebration, on the stage in Carousel Park at 11:15 a.m. He will sign autographs in Carousel Park at 1 and 3 p.m. Rockie was made a Commemorative Partner by the Department of Defense’s Vietnam War 50th Commemorative Commission, according to his website. 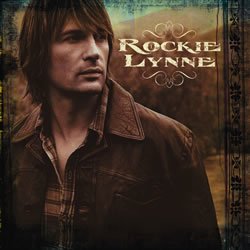 (Above) Rockie Lynne will perform Tribute to the Troops and sign autographs at the Vietnam Era Veterans Celebration. (Photo: courtesy Rockie Lynne)

The Arts A’Fair booth in the Education Building will have more information about the pop-up showcase artists. Arts A’Fair is supported by contributions made to the Minnesota State Fair Foundation from individuals and the John S. and James L. Knight Foundation.