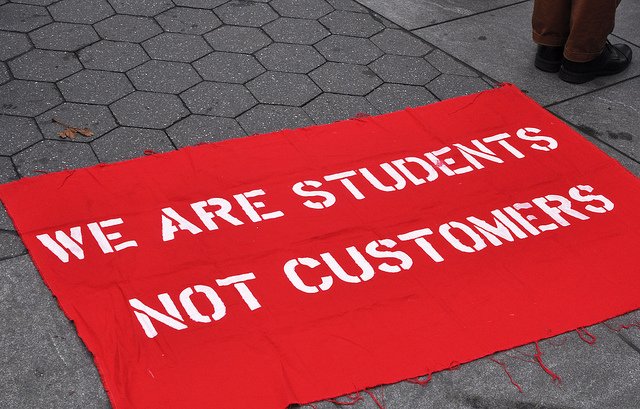 Chloe Laabs estimates it will take 20 years to pay off her student loans.

The Minnesota Student Association member and University of Minnesota biology, society, and environment sophomore said she’ll graduate with about $41,000 in debt.

She’s not alone. The average Minnesotan undergraduate earning a bachelor’s degree last year left college with just under $31,000 in loan debt, according to new data released by the Project on Student Debt. University of Minnesota students averaged just over $28,000.

This high ranking comes despite a recent tuition freeze at the University, the state’s largest college.

Minnesota is the only Midwestern state in the top five. New Hampshire, Delaware, Pennsylvania and Rhode Island round out the highest-debt states on the list.

Numerous factors play a role in the creation of a high-debt state and college, said Matthew Reed, program director for the Institute for College Access and Success and co-author of the report, pointing to steep tuition, fees and living expenses.

Administrators froze the University’s tuition at $12,060 for undergraduates paying the in-state rate this school year. They plan to hold it at that level next fall.

The freeze saves the average resident undergraduate University student between $2,100 to $2,500, Vice Provost and Dean of Undergraduate Education Bob McMaster said in a statement.

Meredith Fergus, manager of financial aid research at the Minnesota Office of Higher Education, said there’s a sense of urgency among Minnesotans to pursue higher education.

But Laabs doesn’t see a payback for every graduate as they enter the labor force.

On the contrary, she said she feels tuition is too costly for students who receive degrees in fields that are unlikely to pay high salaries.

“It costs a student in the liberal arts the same to go to college as somebody who graduates with a bachelor of science in computer engineering, where their career outlook is a lot better,” Laabs said. “Where at the same time, they’re going to pay back their loans a lot faster.”

The numbers show just that, with the mean annual salary of a photographer coming in at $38,860 versus $108,600 for a chemical engineer, according to the federal Bureau of Labor Statistics.

Fergus recommends that students anticipating the need for loans make a plan for the entire four years of college, not just the first semester.

“We need to do a better job saving for college,” she said.

She also recommends that students take advantage of the financial literacy programs and financial planning for low-income students and students of color made available by the state, as well as the state’s 529 college savings plan.

Despite high debt in Minnesota, Reed said he still thinks college is worth the cost.

“College is still one of the best investments you can make,” he said, citing lower unemployment figures and higher salaries over time as a few reasons to strive for a bachelor’s degree.

When making their college decisions, however, he advises students to consider debt, tuition costs, and available grant aid before accepting their admission offers, as well as using tools like net-price calculators to determine how much they can contribute toward tuition and fees.

The University reported numbers slightly different from the national report. Among students who took out loans and graduated last year, the average debt level was about $26,400, excluding loans their parents took out.

“The fact is that most students leave the U with a high quality education and a degree from the University that pays lifelong dividends,” McMaster said in the statement.

Fergus said the Office of Higher Education recently received a grant to research the state’s college students’ borrowing rates and the influences of their debt after college. The study begins this month and extends into 2016.

Laabs said she feels the University and the state could do more to help students cope with debt.

“I’m in MSA, so I hear a lot about students talking with University administrators about student debt,” she said. “I think the University should be doing more advocating on their own for students and the price that they pay to go here.”