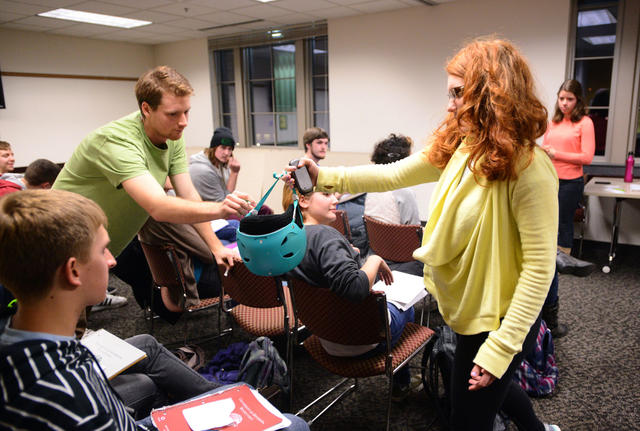 For the past year, the Minnesota Public Interest Research Group intensely focused its efforts on defeating both the marriage and voter ID proposed constitutional amendments.

Since both failed, the activist group is now honing its goals and will focus largely on higher education issues, like the 2013 budget and legislation that could provide student-loan relief.

“It’s a budget year this year in the legislative session, so we really have to be defending education funding,” said Michelle Thimios, co-chair of the group’s University of Minnesota chapter. “It’s going to be a huge priority of ours this year.”

In addition to working to increase funding to the University, the higher education committee will be advocating for Opportunity Minnesota — a program that would essentially forgive loan debt for students who stay in the state for work after they graduate through tax credits. It’s modeled after a program in Maine.

“We’re going to be tirelessly working at the Capitol, lobbying legislators and engaging students on campus to make sure we get this passed,” said Brian Dailey-Arndt, who was elected Monday as one of the group’s co-chairs of the higher education committee.

Rep. Phyllis Kahn, DFL-Minneapolis, who said she has worked with MPIRG since her first session in 1973, described the group as a “catalyst for doing things.”

She said she worked with members recently on Opportunity Minnesota and thinks it’s a good idea.

“Even if something’s a good idea, it’s kind of hard to dredge up support,” Kahn said. “It’s so much easier to start with a base of support and then put in the bill to follow that up instead of put in the bill and hope that the support materializes.”

Beyond higher education, the group has a long list of issues to tackle, including campaign finance reform, community gardens and no-fee ATMs on campus.

Members will narrow plans in the spring after they form committees.

“It kind of depends on who shows up and really what they want to work on and what they’re passionate about working on,” Thimios said.

To accomplish its goals, MPIRG coordinates with other organizations around the state, tackling efforts from different angles.

The environment committee will be working with Minneapolis Energy Options to obtain cleaner energy for the city.

Minneapolis’s contracts with Xcel Energy and Centerpoint Energy will expire in 2014 and 2015, and Minneapolis Energy Options is pushing in the direction of energy efficiency, clean energy and local ownership, possibly through creating municipal utilities.

“Since finding cleaner energy alternatives is always a priority, we’re going to kind of pressure them to see what they can do for us, to see if they can give us some better options,” Thimios said.

John Farrell, who is on the steering committee for Minneapolis Energy Options, said a referendum on the 2013 ballot could allow the city to explore whether to make energy a municipal utility, like water currently is.

The option, Farrell said, would provide the city with leverage to urge Xcel or Centerpoint to meet clean energy requirements. If they refuse, then the city could investigate forming municipal utilities.

Farrell, who is also a senior researcher at the Institute for Local Self-Reliance, said he specializes in research on economics and policy around renewable energy but is not “a grassroots person.”

“That’s where MPIRG specializes — getting out there and having those one-on-one conversations with people and letting them know about the issue.”