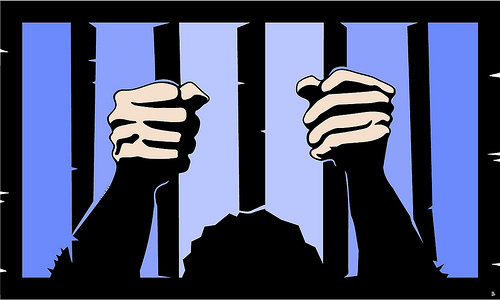 (Licensed under Creative Commons, some rights reserved by Vectorportal)

Shelly Martin handed her cell phone to her 9-year-old niece. On the other end was her father, who had been waiting in line to use the only available phone. They greeted each other and began to talk — perhaps he asked how school was and she asked when she would see him next. Then conversation ended abruptly. Her niece cried, “Why did daddy hang up on me? Doesn’t he care about me?” Recounting the story, Martin relived the frustration of trying to explain the interruption. Her brother is in prison, so cut-off phone calls are beyond his control, and he can’t call back.

Martin, program director of the Minneapolis Boys and Girls Club, explained that telephone problems are a serious issue she faces in communicating with her brother, an inmate at the Minnesota Correctional Facility in Rush City. She’s not alone. As of January 2012, there were 9,345 inmates in Minnesota state prisons. Nationally, the majority of inmates are incarcerated an average of 100 miles away from their families, making phone calls the only feasible form of contact for many.

Unreliable phone connections are just part of the problem. The cost of calling is also high. Minnesota state prisons receive a 49% commission on all phone calls made from a prison or roughly $1.5 million every year, according to the Prison Phone Justice campaign.

Michelle Livingston, whose son is incarcerated, said “calls drop often, they don’t always connect.” She explained a minimum of $50 must be deposited from a checking account to use the debit option. These funds aren’t always available to families. “The only other way of communicating is to write”, said Livingston, “which takes away from human contact.” Livingston also described Global Tel*Link, a phone service used by Minnesota prisons, saying, “It’s a for-profit situation, [GTL] going through a third party. When he [her son] calls, it goes from Rush City, down to Texas and back to Minnesota.”

Terry Carlson, MN Department of Correction deputy commissioner for facility services, defended the system in an email. She said: “Offender calling options include both debit and collect. Only offenders who have deposited money in advance into their individual phone account can make debit calls. A surcharge is applied to collect calls to ensure that the base cost of routing the call is recovered. As a result, the cost of a debit call is usually much less than calling collect. For example, a 15-minute debit call to another state would cost $.32 per minute for a total of $4.80. The same call using the collect option would be assessed a $3.95 surcharge plus $.89 per minute for a total of $17.30.”

Carlson wrote that commissions generated from prisoner phone calls are used by the Department of Corrections to cover phone security costs and other prison costs, and that the current phone system allows the DOC to increase public safety in the community. (For a snapshot of MN prison costs, click here.)

Some people don’t have a phone because they can’t afford the bills, said Martin. “People are trying to make ends meet. Gas, jobs, and money are tight. Not everyone can take the ride of an hour and 45 minutes upstate to visit. If you don’t have a phone, you’re completely disconnected.”

Studies by the Vera Institute of Justice have shown that maintaining contact with an outside support system, such as loved ones and family members, decreases the likelihood of recidivism for prisoners.

“My son attempts to call me five times a week. I talk to him 1-2 times,” said Livingston, “Sometimes we’re in the middle of conversation and phone will just die. You [inmate] stand in line and once your time is up, you need to get back in line. Sometimes you’re not able to call back because of money, time, and the line.”

According to a Media Actions Grassroots Network report, children are victims of the high cost of prison phone calls.

“With over 15,000 children in Minnesota with one or both parents incarcerated, it is unconscionable that the prison telephone industry would profiteer off of a parent’s need to communicate with their son or daughter”, wrote Danielle Mkali, program director of media justice for Main Street Project, in a blog post.

In this letter, Congressman Ellison wrote, “I respectfully urge the FCC to address the Wright Petition and cap interstate prison phone rates. Lower phone rates will benefit families that struggle to pay for the exorbitant phone calls and will also contribute to reducing inmates’ recidivism.”

Livingston also urges families to talk about this issue as well, saying, “Come out of isolation and discuss this. Enough of us are affected. The problem is isolation. There are no support groups for families of people who are incarcerated unless it’s service specific for kids. The best way to combat these problems is to come out of isolation and collectively discuss them. The policy, the changes, how we’re affected, who makes the policies.”