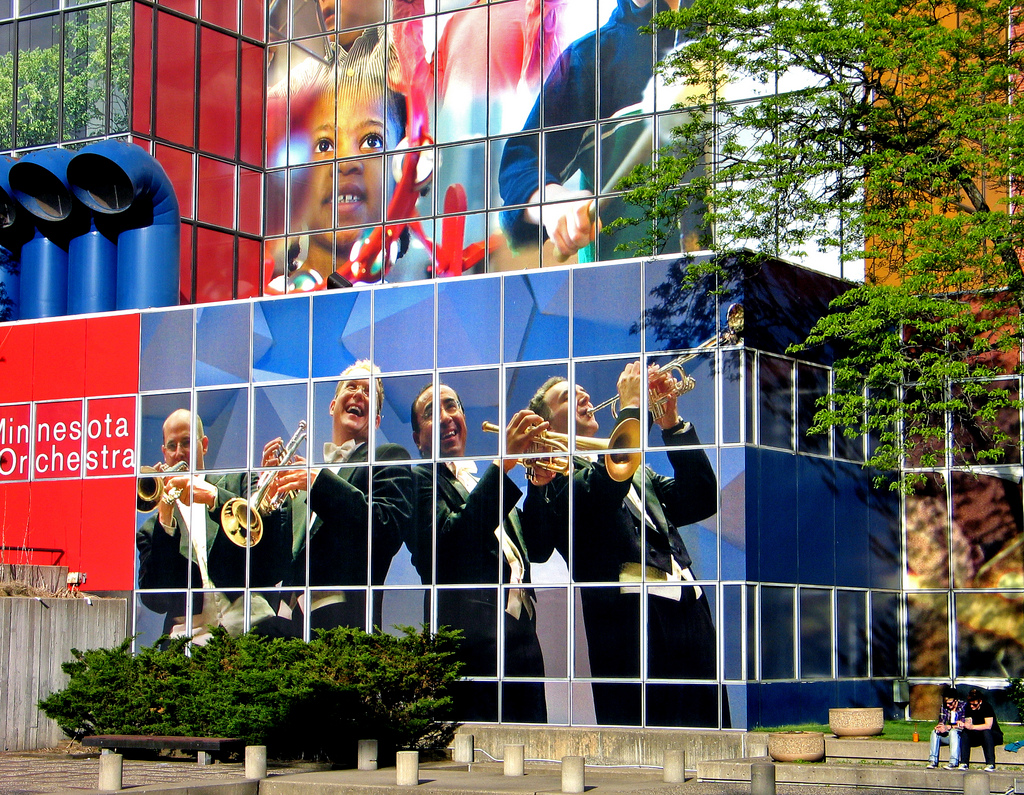 Admittedly, I was trying to be provocative when I titled a recent blog post “Does It Matter That No One Gives a Shit About Classical Music Any More?” Even so, I was surprised at the intensity of the response from Tangential readers, many of who were furious with me for dismissing the many people who do care about classical music—and for suggesting that the Minnesota Orchestra, now poised to enter year two of its hiatus due to a labor dispute—is not much missed.

Point taken: there are a lot of people in Minnesota and beyond who are passionate about classical music, and who fervently hope the Minnesota Orchestra gets quickly back in action. The difficult question remains, though: what, if anything, should be done about what New York Times writer James Oestreich calls an “agonizing and seemingly inexplicable” impasse between musicians and management? This is a question of concern not only to classical music fans but to the entire community, insofar as the Minnesota Orchestra’s budget shortfall will have to be made up somehow if the ensemble is to return to glory.

The detailed story of how the orchestra reached this point is complicated, and both management and musicians have been pointing fingers. The basic problem is money: there’s not enough of it. The orchestra’s annual budget was $32 million, and in 2012 they fell $6 million short of that mark. To balance the budget, the orchestra administration has proposed cuts that would include—most controversially—the reduction of musicians’ base pay from $113,000 to $78,000. The musicians find that unacceptable, and disagree with the administration’s assessment of the organization’s books. While an independent review proceeds, the orchestra remains silent; music director Osmo Vanska has threatened to quit if the situation is not resolved soon.

Though the Minneapolis situation is unique, it’s not unusual: orchestras across the country have been asking musicians to take pay cuts, leading to lockouts in Atlanta and Indianapolis. In the end, the Indianapolis players took a 32% pay cut and the Atlanta musicians agreed to an 18% cut. Just across the river, the St. Paul Chamber Orchestra lockout ended with a 19% pay cut. The challenges facing American orchestras are not going away, and Minnesota Orchestra CEO Michael Henson is not alone in saying that M.D.-level salaries for oboists and cellists “are not sustainable in today’s economy.” The market for classical music is changing, and revenues are not rising to match the cost of living. Thus, if they are to survive in anything like their current form, classical ensembles are going to have to learn to live with less.

Or are they? Some believe that programming and marketing innovations can help orchestras reach new audiences and buoy revenues. Others feel that governments, philanthropists, and ordinary citizens need to step up and save our orchestras, no matter the cost. “Allowing classical music to fade away would take away inspiration from thousands of young musicians who find meaning, passion, and love in classical music,” wrote Kristina Butler of St. Olaf College in a comment on my Tangential post, “because if the professionals cannot succeed, then how can the students?”

However meaningful classical music is to however many people, there’s no question that maintaining a professional orchestra is a pricey proposition. To put the Minnesota Orchestra’s budget in perspective, $32 million exceeds the annual budget for the Guthrie Theater. It’s $6 million more than the annual budget for the Minneapolis Institute of Arts and $14 million more than the annual budget for the Walker Art Center. If that money went into literary publishing, it could pay all expenses for 20 independent publishers the size of Graywolf Press. That money could buy a laptop computer for every child under 18 living in the city of Minneapolis. The $6 million shortfall alone could completely fund the Twin Cities Daily Planet at its current operating level until Justin Bieber is in his 40s.

So we’re talking about a lot of money. Is the Minnesota Orchestra worth it—and if so, where should the money come from? Take our poll and share your thoughts!