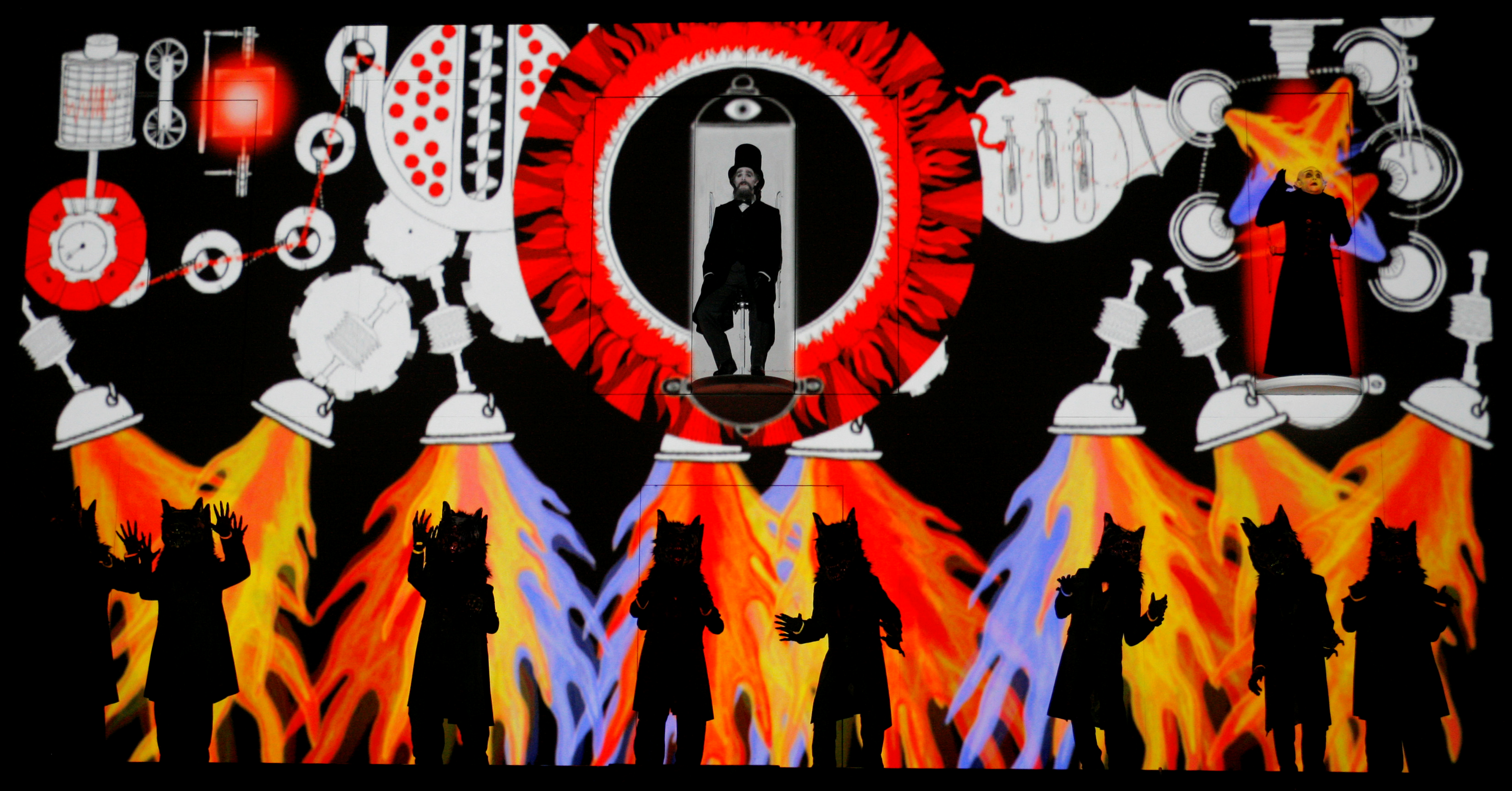 To call the Minnesota Opera’s current production of The Magic Flute “a reimagining” would be a gross understatement and a disservice. “Outstanding” would be a better word, “revelatory” another, and “hopeful” maybe the best yet. A friend working on the production told me that at the final dress rehearsal last Friday a huge crowd of students “screamed at the end like it had been a One Direction concert.” I think Mozart would have been very proud to see this production, even if he wouldn’t know who Harry Stiles is.

For the last decade when I’ve told my twenty-something friends that I attend the opera on a regular basis they’ve either assumed I was kidding or been completely confused. I don’t speak the languages they’re written in and I am not a member of AARP—what could I possibly be doing there? The answer is entertainment, but I can’t fault them too much for not understanding. Most people don’t realize that there are subtitles, that operas were the movie theaters of their time, and that they’re full of dirty jokes and physical humor. Sure there are the overly dramatic and long tragedies that feel like more of an acquired taste, but what The Magic Flute does is highlight all of that good low-brow stuff and present it to the modern audience in a format that they can really relate to; it’s a movie with live opera singers who jump on and off of the screen.

In contrast to many classic deep sets with large moving pieces and draping chandeliers, the set for The Magic Flute is one flat screen. The entire background and all of the props are created with a hand drawn projection based on the era of silent film with more than a little dash of the macabre for good measure. The players are dressed as classic silent film stars—hilarious womanizer Papageno is dressed in Buster Keaton’s famous suit and the lecherous villain Monostasos is the original Nosferatu. To throw silent film stars on top of an opera would not seemingly result in a One Direction type of reaction, but the beauty of this production—created just two years ago by theater group 1927 in collaboration with the Komische Opera Berlin—is that it doesn’t matter what references you get. It’s a gloriously weird, visually surprising smorgasbord of dragons and magical beings and an incredibly charismatic cat named Karl Heinz, on par with the strange, convoluted tale of of Mozart’s The Magic Flute. There’s a love-at-first-sight story, the evil Queen of the Night, trials to be completed to earn either reward or death, but don’t worry too much about the plot.

There is something about the plot that also makes the production so much more palatable for a modern audience—silent film dialogue appears on the screen to fill in the holes. Many others operas jump over pieces of information that aren’t obvious to modern viewers that can make them that much more uninviting. But here, in addition to the full English subtitles for the German lyrics, the characters speak to each other in plain English and title cards tell you when a location changes or a character does something off stage. It’s just so easy to watch.

I did hear some complaints in the theater that it didn’t feel like an opera and that the incredible visuals and the way that the cast interacts with the projections distracted from the music. But the same argument of a modernized Shakespeare play still spoken in the original language would be shrugged off by almost anyone. Music and theater should be and are living art forms and opera just happens to be a combination of those things. Modern artists should approach these materials that are completely relevant today, both in terms of emotion and plot, and recreate them in such a way that everyone can enjoy them. It’s a shame that the word “opera” has such a ridiculously bourgeoisie connotation because in many cases it’s just not true. The Minnesota Opera has commissioned a number of new operas written in English and performed with tremendous success in recent years. Accessible stories like The Grapes of Wrath, Pinocchio and the absolutely breathtaking Silent Night, about the World War One Christmas truce, have translated amazingly into the opera format for current audiences. And The Magic Flute proves that there is absolutely no reason why an innovative approach to classic material can’t achieve the same thing. The recent production of The Abduction from the Seraglio took place  aboard the Trans-Siberian Railway on a moving set of rail cars in which the characters spoke english to each other when not singing the original text felt fresh and easy.

Overall my favorite thing about this production is the fact that, more than any other opera I’ve ever seen, I don’t feel the need to describe it as just a great trip to the opera. It’s a fantastic achievement of theater, animation, music, pantomime, choreography and technology. And that’s why an Ordway full of teenagers who were told they were being dragged to the opera would be so elated at the end. The Magic Flute is a weird world unto itself that came into being in 1791, but feels completely at home reinvented in 2014. And that’s where the hope comes in—it feels sometimes like the opera is going to die with the clearly older audiences who attend, but as long as artists and theaters continue to breathe such life and imagination into it, it will be a long, long time before the fat lady sings.