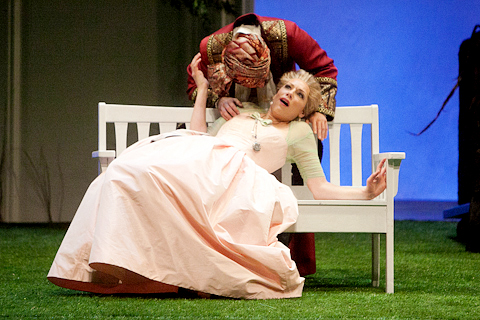 Among Mozart’s most popular operas, Così fan tutte is the black sheep. It doesn’t have the feathery fantasy of The Magic Flute, the sparkling melodies of The Marriage of Figaro, or the scandalous psychodrama of Don Giovanni. It’s been accused of being misogynist, though the male characters behave like such asses that if you read the plot summary without hearing the anti-woman screeds in da Ponte’s libretto, you might think the opposite. In the production now on stage at the Ordway, the Minnesota Opera makes a case for the opera as a dark, searching classic: lilting lines for troubled minds.

In addition to a chorus, the cast numbers only six: soldiers Ferrando (John Tessier) and Guglielmo (Matthew Worth) and their respective lovers Dorabella (Jennifer Holloway) and Fiordiligi (Jacquelyn Wagner), along with the ladies’ maid Despina (Angela Mortellaro) and the cynical philosopher Don Alfonso (Daniel Mobbs). To substantiate his argument that women are fickle, Don Alfonso bets the soldiers that if they pretend to go away, then return in disguise, they will be able to seduce their lovers (switching places, just to make things even more twisted) into betraying them.

Appropriately, this production directed by Peter Rothstein starts with the lighting of a match: Don Alfonso strolls onto a catwalk before the overture even begins and lights a cigarette, cooly appraising the audience. The small gesture exquisitely sets the tone for the slow-burning torment that will take place over the next two acts. Costumes by Alejo Vietti and a striking, spacious set by Alexander Dodge set the production in a vaguely Edwardian era, with Mobbs in horn-rim glasses cutting a tall, dapper figure not like the latter-life Ted Danson. 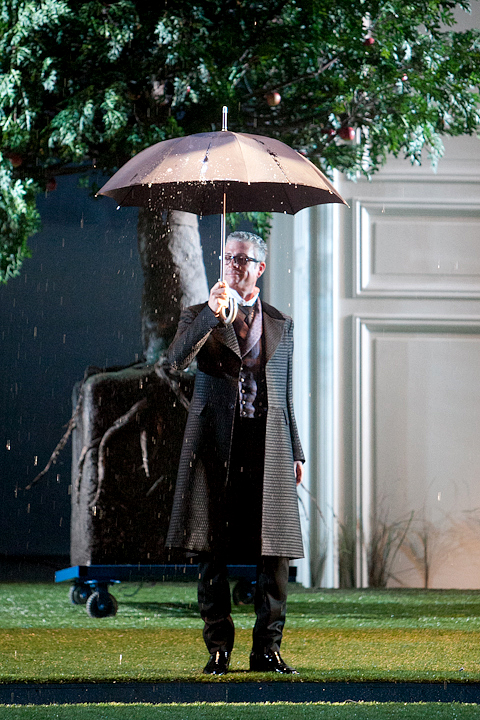 (I’ve previously commented that the Minnesota Opera’s set designers seem to have a hard time effectively filling the Ordway’s high proscenium space; with the catwalk and a set of hanging lights, Dodge nails it, though some musical purists may complain about noisy business involving an onstage stream.)

The bulk of the opera involves the long, tortuous struggle of Fiordiligi and Dorabella to resist their “new” suitors’ advances. In other hands this could be immensely tedious, but Rothstein and conductor Christopher Franklin have the benefit of working with performers who can act as well as they can sing, and the production becomes a long, geninely erotic (there’s some PG-13 crotch grabbing) reverie that suggests Così might have been among the ancestors of Wagner’s Tristan und Isolde. At the production’s conclusion, Rothstein has the pairs of lovers circling one another in pain and confusion, suggesting that none of the four will ever again sleep as soundly as they once did.