Not to say this was a well behaved group, but the protest march through downtown Minneapolis Saturday stopped at red lights and crossed on the green. You might guess the police had things under control, except I didn’t see police, and looking through the photos and videos I made, I still didn’t see any. Probably this march would have blocked a lot of traffic during a weekday, but this was a Saturday. Not a lot of car traffic downtown. Lots of people though (my estimate is 400), and a mixed group as should be evident — though I suppose for those who insist on believing what conservative media say about the occupations going on all over the country and in lots of other countries (if such media even report how widespread they are), nothing will shake their belief the 99% is a bunch of 22-years-olds with nose rings, aversions to washing, and debts they can’t pay because they refuse to work. What can I say? Keep scrolling and just look for yourself.

By the way, the protests swell on weekends for reasons that should be obvious but, listening to the conservative propaganda machine, apparently aren’t; namely, most of these are people who work, maybe at any job they can find, and they come out for people worse off than they are. I guess they didn’t hear Fox News telling them to act superior.

Forgive the shakiness and odd angles on these videos. Due to heads and signs, I was usually holding my camera as high as my arm would reach and just hoping the angle and zoom were right. I didn’t always manage. I also ran out of battery power and memory at inconvenient times, thus the sudden endings.

This first video is Javier Morillo-Alicea of the SEIU addressing the rally before the march.

This video is a Colombian workers’ rights activist whose name I didn’t catch. He mentions the free trade agreement just approved by Congress. Most Democrats opposed it, including all the DFLers in both houses, citing human rights concerns.

This is another speaker whose name I managed to miss. He spoke when the march stopped outside the US Bancorp building on Nicollet Mall.

In these photos of the marchers, you can see what I meant about they’re not all 22 with tatoos and no jobs, etc. The marcher in the Teamsters jacket stuck out because in previous decades, the Teamsters were the Republican union. Jimmy Hoffa held quite the grudge after Robert Kennedy went after him for corruption. When conservatives sent int the hardhats to beat up the hippies, there’s a fair chance those were Teamsters. That was the 1960’s though. Times have changed. In this case,  much for the better.

The Egyptian flag is mine. People in Cairo marched in support of Oakland and Occupy Wall Street, so I did a bit to return the favor. 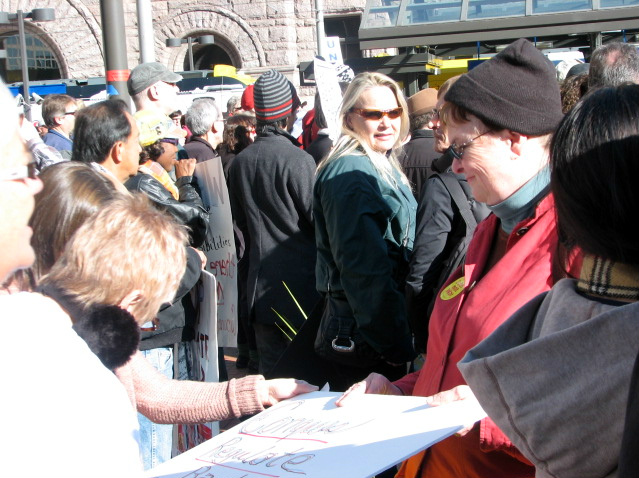 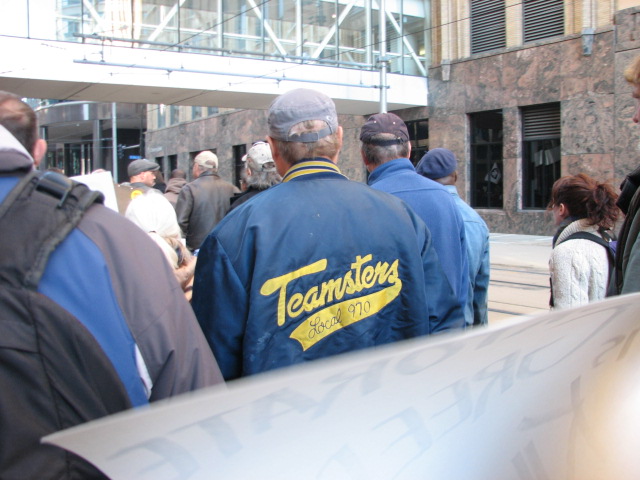 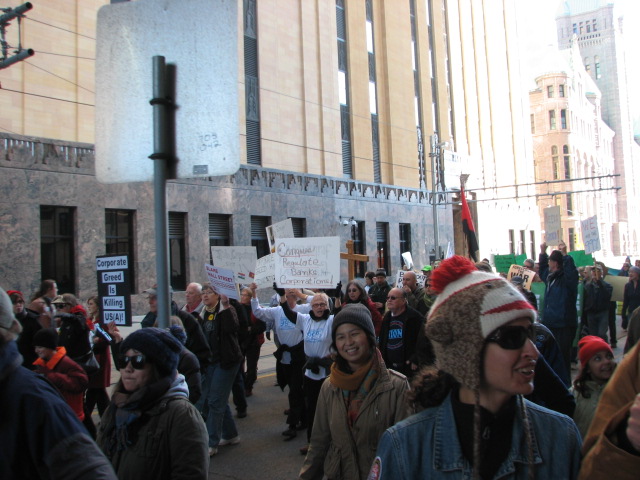 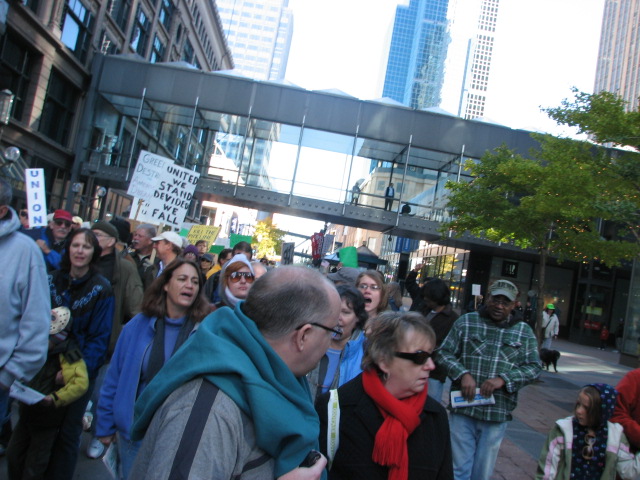 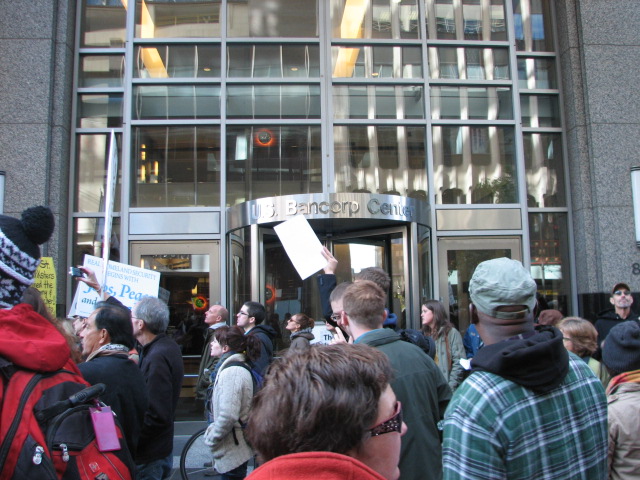 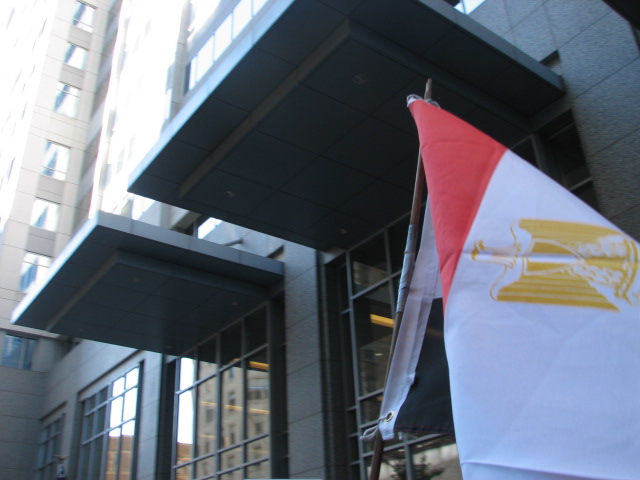 This would certainly test Minnesota Nice if this company was based here, and it sure shows why we protest. The staff of a foreclosure mill which focuses on throwing people out of their homes, sometimes illegally, decided the way to celebrate Halloween was to dress up like their victims and make fun of them. Don’t look at this if you’re not ready for the seamier side of human nature. Just understand that this is why so many are taking to the streets over foreclosures.