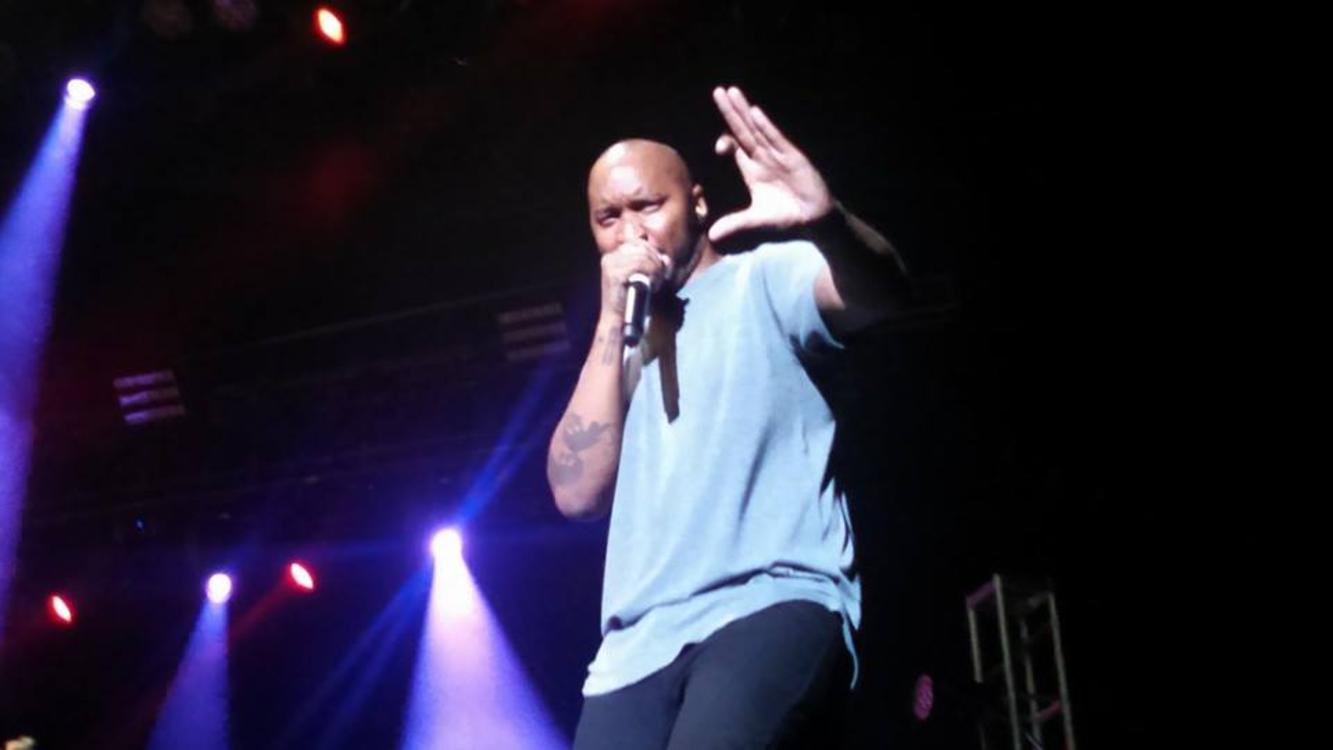 MN Music On-A-Stick on Saturday, Aug. 30was a celebration of the great variety and quality of local music we have in Minnesota. Hosted by The Current, one of the most astute observations came from Mark Wheat when he noted that all but one of these bands (Bob Mould) has emerged since The Current went on air in 2005. The Current has been a force to promote local bands–from Americana to Hip Hop and we saw it all on stage.

Cactus Blossoms started the show. The crowd was still drifting in but there were dedicated music fans sitting and waiting under the stage for the show to start. There’s not much I can say about a band I saw two days earlier. They started with Stoplight Kissing, the played the Buffalo Song and they do a nice job with compelling song introductions. I enjoy their music and I like to see the Bluegrass, Americana sound getting a larger audience.

Best surprise of the night came when Lizzo played with Harmar Superstar. That was a match made in musical heaven. They both have powerful voices and even more powerful personalities on stage. They played off each other well. Baby You Shot me was a crowd pleaser. It was fun to see folks hear his music for the first time, with songs like DUI and Don’t Make Me Hit You. The disappointment of the night? Harmar kept his pants on!

Cloud Cult was up next. They play music that gives you goose bumps – whether you know their sad stories or not. (Losing a child and I learned last night a history of ALS.) Craig Minowa’s voice ranges from electronica sounding to soulful. The violin, the French horn, the keyboards–so many instruments that sound so crystal and pure. Going to see them is like seeing a play–from the highs of a song like Good Friend to the bittersweet sound of Pretty Voice. They have a following like no other band I’ve seen. Audience members in tears and a reverent silence usually reserved for sleeping babies or hometown free throws.

Bob Mould took the stage and played a couple of Husker Du songs – and I was there with high school friends. We would have heard I Apologize on a good Saturday night back in the day. That made my night! He just kicked it. There were touches of the fast strings and hard dancing. He has aged so well–and he drew in old folks like me and the younger crowd who were really there to see Doomtree and Brother Ali.

Doomtree Collective stormed the stage with intensity and a crazy amount of energy. I am a fan of Dessa – as much for her astute interviewing as her music; otherwise I hadn’t heard a lot of Doomtree. I like Hip Hop when I hear it but I don’t pursue it. When I hear a song like Little Mercy and I wonder why I don’t. One thing that really struck me was how well Doomtree interacts with the audience in the social media/smartphone era. The jumping, the posing, working all corners of the stage gets everyone excited and produces some great Instagram moments.

Brother Ali brought his Muslim hip hop dancers with him. I saw them first at a Lowertown Line show; they impressed me then but I think their moves are even better now. I enjoy Brother Ali as much for his interest in politics and religion as for the music. It seems odd to say I like a song like Murder, Murder, Murder, Kill, Kill, Kill but I do. I l like the heavy beats. He’s found a powerful way to bring his message to a new audience.

All in all a great night–worth standing on asphalt for seven hours!