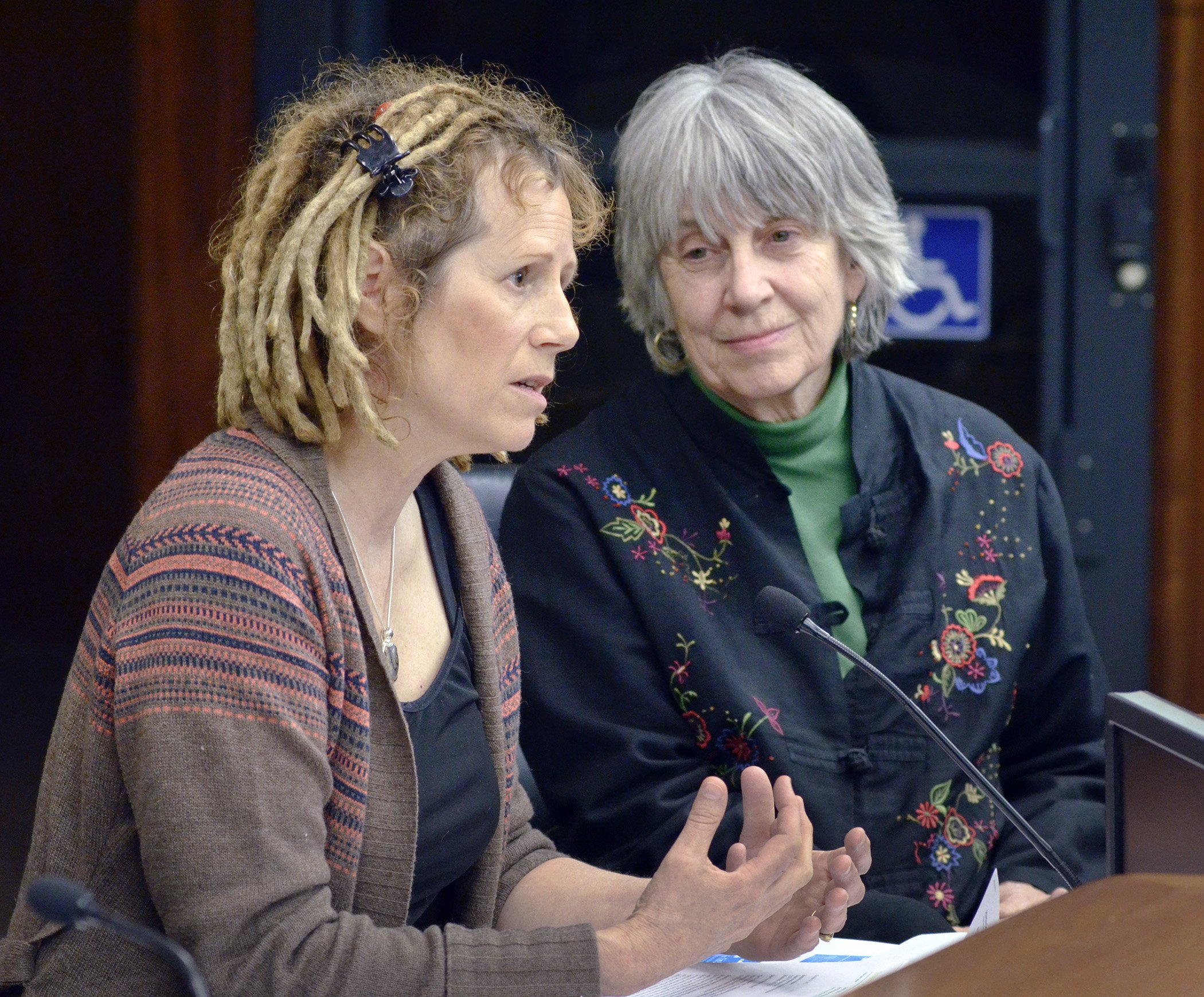 Hannah Lieder testifies before the House Education Policy Committee April 22 in support of a bill sponsored by Rep. Karen Clark, right, that would require aquatic instruction in public schools. (Photo by Andrew VonBank)

“The drowning levels that we experience are just unacceptable,” said Clark.

Clark spoke to the House Education Policy Committee at an informational hearing Tuesday on HF2113 that would require public schools to provide swimming lessons to students in kindergarten through 12th grade. Schools that do not have a pool in the building or within 10 miles would need to provide swimming-related instruction, such as water safety and dry land strokes.

The committee did not take any action, and Clark expressed her openness to ideas as the bill evolves.

Minnesota has high drowning rates among minority groups, said Hannah Lieder, citing a study from the Centers for Disease Control. Lieder, founder of Minneapolis Swims, described herself as someone involved in finding funding for a pool in the Phillips neighborhood in Minneapolis. With her were two young students who stated their desire to learn how to swim.

Representatives appeared to agree on the importance of knowing how to swim in the Land of 10,000 Lakes, and some offered suggestions for improving the bill.

Rep. Ernie Leidiger (R-Mayer) wondered if there was a way to utilize summer programs for swimming lessons since summer is a popular season for swimming. Rep. Mary Sawatzky (DFL-Willmar) suggested the medical field could become involved by telling parents the importance of water safety during child wellness visits, and Rep. Ron Kresha (R-Little Falls) mentioned the need to involve special education groups to ensure any needed accommodations for students in special education programs.

The discussion was not without voices of concern.

Rep. Debra Kiel (R-Crookston) agreed. Everyone should be encouraged to swim, she said, but she described the case of a Minnesota school that had to close its pool due to the high cost of repairs. The district did not know if the pool would reopen in the coming school year, Kiel said.