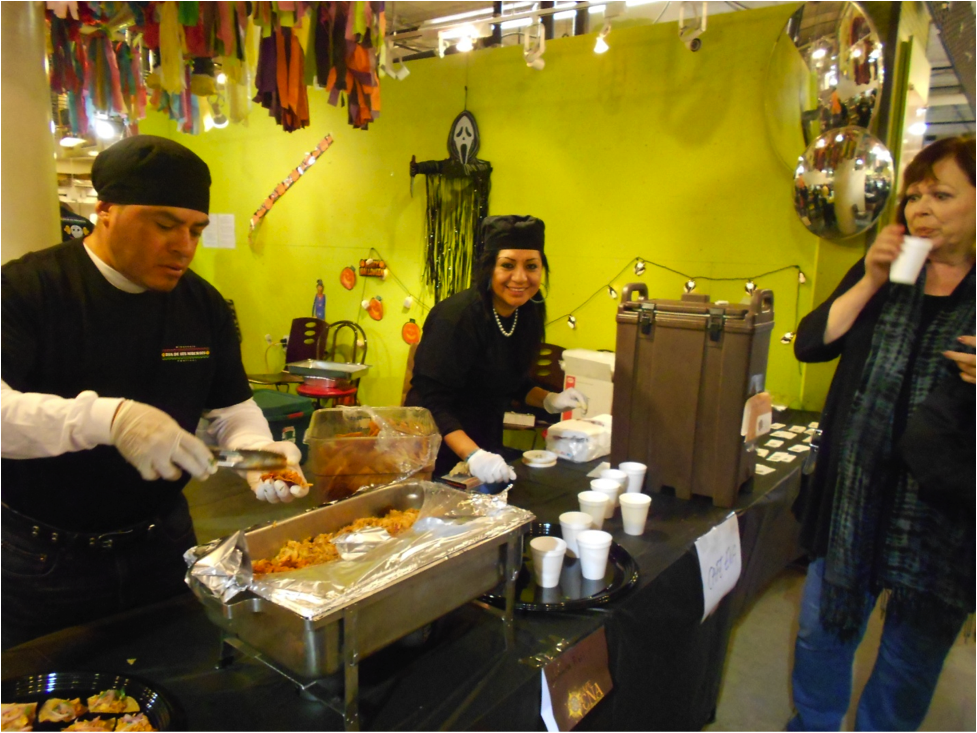 Several years ago, Lorenzo Ariza returned “in a low mood” from a trip to his native Mexico. He described his distress over the poverty and lack of economic opportunity he’d seen to fellow Mexican entrepreneur Ramon León. León began to share his vision of a brighter economic future for Mexico with Ariza, and they are now working to make that vision into a reality. As president and vice president of the Mexican Restaurant Association Minnesota (MERA-MN), they are celebrating their first year. In order to promote lasting change, MERA-MN members are working with local officials from Morelos on economic development projects. Their desire is to assist their hometowns long term and thus alleviate the problem of mass migration to the United States.

This year’s Day of the Dead celebration marked the first event sponsored by MERA-MN, and served as an inaugural presentation. There are eight current members, and several more possible members expressed interest during the Day of the Dead event.

Vice President Lorenzo Ariza explains that MERA-MN is a local chapter of a national organization. MERA was founded during a culinary seminar in Morelia, Michoacan hosted by the Instituto de los Mexicanos en el Exterior (Institute for Mexicans Abroad). “The vision behind it was to create support and economic power, buying power and then promote the Mexican culture through the food,” explains Lorenzo Ariza. The Minnesota chapter is assisted by the Mexican Consulate in St. Paul and the Latino Economic Development Center (LEDC).

John Flory of LEDC is enthusiastic in his support of MERA-MN, and is quick to point out how Minnesota can benefit from MERA-MN’s efforts. Flory describes the positive impact that immigrants have had on economic development in Minnesota, stating, “I’ve worked with entrepreneurs for 24 years and the best entrepreneurs are immigrants. They will re-develop areas of the city that other businesses will deem as ‘hopeless.’” Yet he laments the fact that the current immigration situation has caused Mexican towns with limited economic opportunities to lose their best entrepreneurial prospects. He hopes to assist Twin Cities entrepreneurs as they try to give back to their places of birth.

Morelos is a state with particularly high immigration rates to Minneapolis (see Morelos means business in Minnesota), and several MERA-MN members are from Morelos. Flory explains that many Minnesotans originally from Morelos would like to see their hometowns’ economies improve. They have reportedly sent large sums of money to charities in their communities, but are discouraged by the realization that this type of aid is only a temporary solution.

In the Minnesota chapter of MERA, current goals include the formation of co-ops of Mexican produce growers in Mexico and in Minnesota, and purchasing co-ops of Mexican business owners in Minnesota. John Flory of LEDC explains how these co-ops can benefit Mexicans on both sides of the border. Farmers in Mexico face harsh economic conditions. They sometimes leave their crops to rot in the fields because the expense of harvesting them would be too great. One particular state where this has occurred is Morelos. Here in Minnesota, Mexican entrepreneurs also face challenges. Of the approximately 130 Mexican restaurants in the Twin Cities, 27 of them are branches of Chipotle. These 27 restaurants have a “huge advantage because they can buy in volume,” according to Flory. Pooling their buying power into a co-op, MERA-MN members hope to be able to lower expenses and better compete with Mexican restaurant chains.

Despite the possible economic benefits of belonging to MERA-MN in the future, Lorenzo Ariza maintains that, “What we’re doing at this point is not personal. It’s not us as business owners; it’s us as a community- a group of people who want to make a difference in the cultural life of the Twin Cities.” 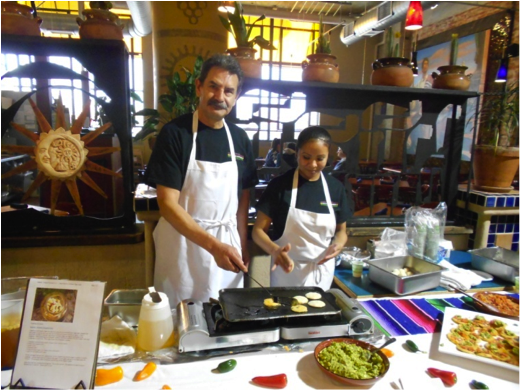 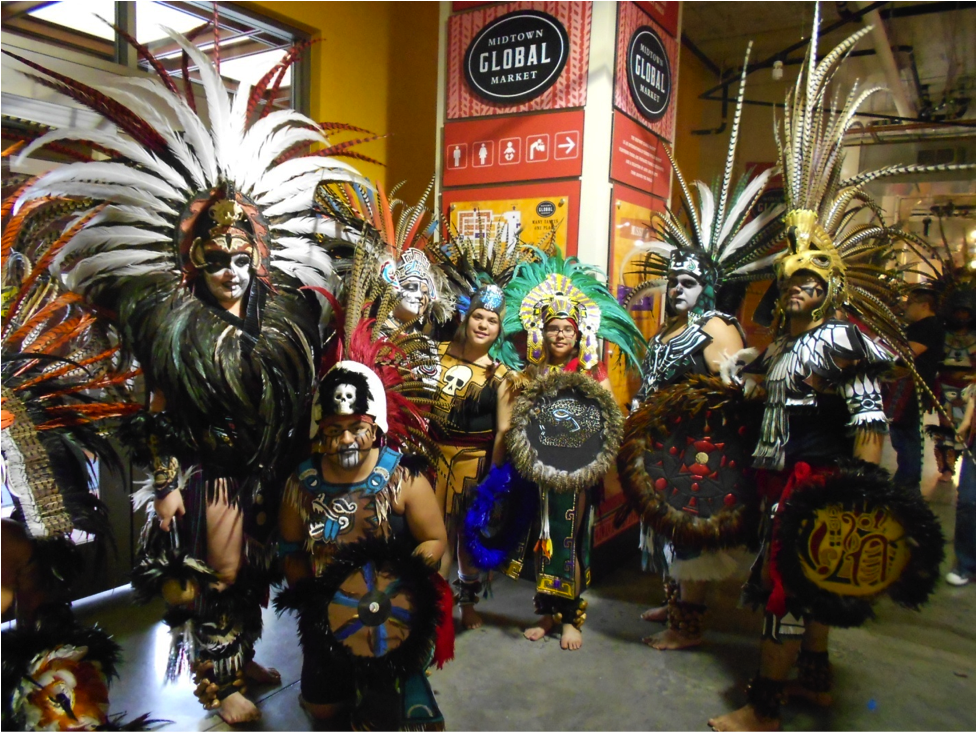 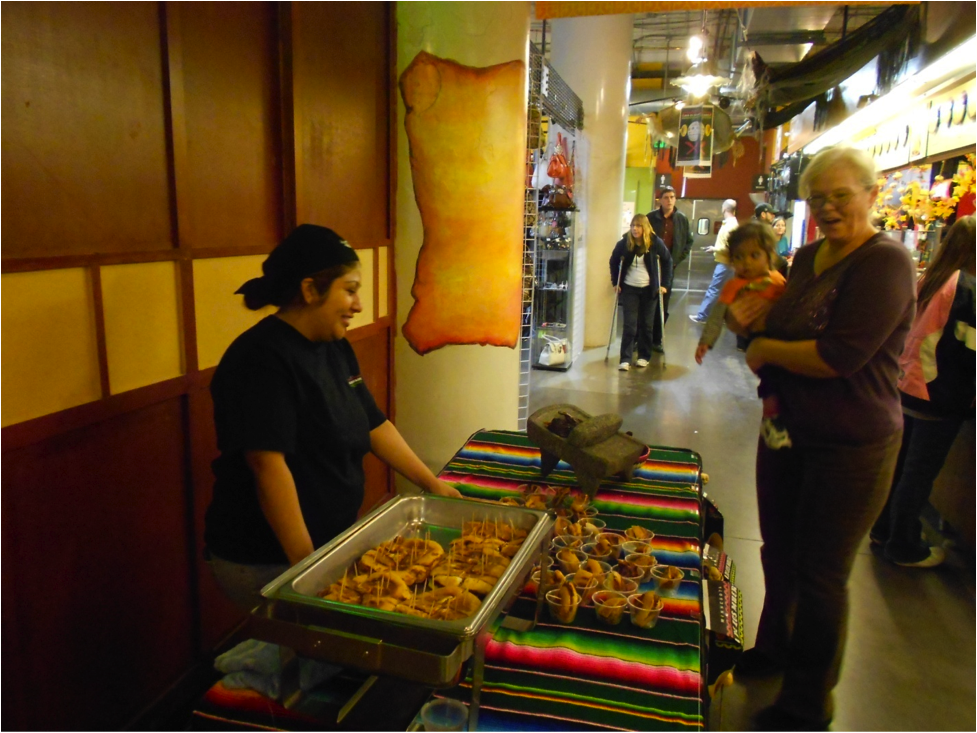 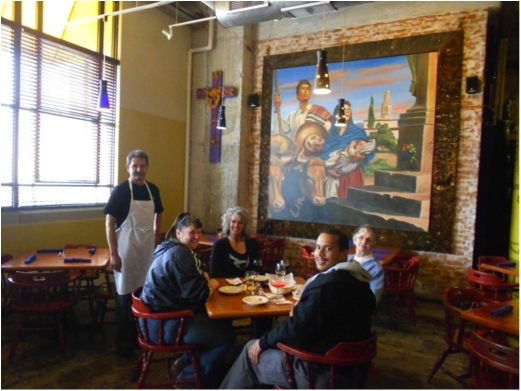 Lorenzo Ariza with customers at his restaurant, A la Salsa, Midtown Global Market