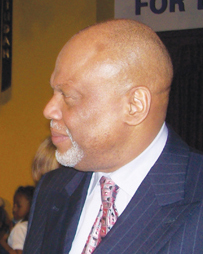 The Affordable Care Act (ACA) mandates that beginning in 2014, each state either must have a health exchange available that allows qualified individuals to buy coverage, or join with other states to create regional exchanges. Or can let the federal government do it. It is intended not only to offer affordable health insurance to consumers, but also to increase competition among private insurers, giving their prospective consumers the ability to choose from at least four different levels of policies.

A State report released in February on the impact of the ACA and the exchange on Minnesota projected the effects on insurance coverage, pricing and budgets says:

The State-commissioned report concludes, “The ACA and the exchange will both greatly increase insurance coverage in Minnesota and cause a large rise in individual market coverage.”

The unresolved issues surrounding the establishment of the State exchange include developing consumer assistance programs. According to Stairstep Foundation CEO Alfred Babington-Johnson, these programs should be uniquely designed to address the specific needs of diverse populations, especially those with the worst health disparities and highest uninsured rates.

These problems “aren’t solved by a passing of a bill,” Babington-Johnson told the MSR last week after the health insurance exchange bill was passed. He was a member of the Health Insurance Exchange Advisory Task Force, established by Minnesota Governor Mark Dayton in 2011. The 18-person group later submitted recommendations to the governor and the state legislature. The House version includes language to have “navigators” involved in the health exchange, noted Babington-Johnson. 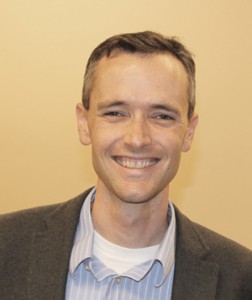 SEIU Organizing Director Phillip Cryan (left) called last week’s House vote “a pretty significant milestone for the State of Minnesota” when speaking with the MSR last week. “It’s not that often that those interests in policies coincide with those of the majority of Minnesota taxpayers and citizens, and even less with communities of color and low-income communities in the state.”

Also a taskforce member, Cryan said that designing a consumer-friendly exchange is important but added, “We don’t have as many people at the capitol as the [insurance] industry does” referring to pro-and-con lobbying efforts over the exchange.

Babington-Johnson noted, “I’ve been encouraged by such organizations as SEIU, Take Action Minnesota and ISAIAH, along with the African American Church Coalition, to find these organizations who are concerned about these issues as we are and are very involved in the process.”

Both men said that the change in leadership after last November’s elections has helped move the exchange plan forward. “First of all, the election was a great boom to the probability and likelihood that the exchange would be developed in a constructive way,” said Babington-Johnson.

“But,” he added, “it would be naïve to think that just because we now have a Democrat majority and control of the governor’s house, that we are going to get everything that is in the best interest of the most vulnerable. It is better, but it is not a slam dunk.

“The issue of having the exchange to purchase [health insurance] and to have a real balance between the interest of the insurance builders and the community is something that doesn’t just happen because we wish it would,” Babington-Johnson continued. “This is a job that isn’t going to end in a few days.”

Both Babington-Johnson and Cryan urged that the community “continues to get educated” on the exchange and other aspects of the ACA. “I do think that most people who will benefit from the exchange don’t know anything about it yet,” admitted Cryan.

“That’s where the role of the navigators and community organizations that already have strong relationships with people who are either uninsured or underinsured are going to be so critical in making sure that people learn about this new tool and the kind of subsidies that are available. We are going to need to have an organized and well-resourced effort to uninsured and underinsured Minnesotans across the state to make sure that they do learn about these new opportunities.”

The Black community and other communities of color must be actively involved in designing policies and procedures that ultimately will impact them, believes Babington-Johnson. “That means that we have to proactively be involved in the heart of the progress.

“It is critical for us to continue to strive mightily and find ways to be at the table of these important policy discussions when critical strategies are developed. We need to be involved to make sure that there is a fair and equitable distribution of resources, and we as a people should be highly concerned,” Babington-Johnson said.

Even after the House health exchange bill is also approved by the Minnesota Senate and signed by Gov. Dayton, “there are the regulations that need to be developed by the State agencies that will run the exchange,” explained Babington-Johnson. “These issues might not be resolved for months, maybe years.”