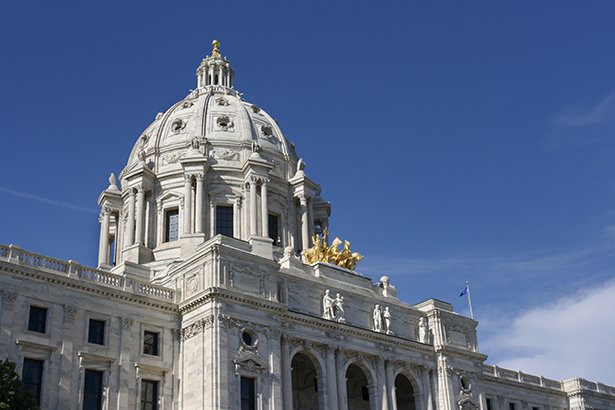 If the conversation on Nicollet Mall in downtown Minneapolis is politically charged this week, there’s good reason. Gathered at the Minneapolis Convention Center are several hundred elected representatives from around the nation and the world. All week I have had the opportunity to marinade in the lively presence of attendees at the National Conference of State Legislatures (NCSL)—elected representatives and staff of the fifty states’ very diverse governmental entities as well as an impressive contingent of international visitors.

Though members of the Minnesota Legislature are everywhere, the local press seems to me to be conspicuous by their absence. They and their readers are missing a great story–some highlights:

Most notable, perhaps, is the fact that the gathering is remarkably civil. Elected officials with diametrically opposed political views are managing somehow to respect each others’ opinions, to listen, and to discuss with marked civility. I’ve observed discussions of everything from voter registration to health care to humane treatment of farm animals and found attendees willing, if not eager, to hear our their colleagues’ perspective.

One good example of collegiality happened on Tuesday when the members of NCSL conveyed special honors on former Congressman Martin Olav Sabo, recognized as a founding father of NCSL. Particular mention was made of the Congresman’s work on government transparency, specifically Minnesota’s Open Meeting Law. It was a privilege to hear Mr. Sabo accept the recognition and to commend and further inspire the collaborative approach of NCSL.

Minnesotans starred again on Wednesday when Senator Amy Klobuchar joined Cindy McCain (yes, wife of John McCain) to lay out the facts of sex trafficking in this nation. Mincing no words, they outlined the steps these elected officials might make in their own states, as legislators and as community leaders. Their frank and practical approach was clearly an eye-opener for many attendees.

Minnesota leaders, including Governor Mark Dayton and Minneapolis Mayor Besty Hodges as well as a number of legislators are involved as speakers and panelists throughout the conference. Senator President Sandy Pappas and Speaker Paul Thissen headed up the cadre of Minnesota legislators who master-minded event planning. It was the legislators who arranged the feature of the conference that stands out in my mind as the crowning glory of the Summit – to wit:

Staffers of the Minnesota Legislature are the omnipresent guides that are making the Summit stress-free. Clad in bright blue shirts, volunteers are everywhere. They are smart, smiling, ready to go the extra mile to guide a lost legislator who may be reluctant to admit that she’s overwhelmed by the cavernous Convention Center. The guides don’t just answer but anticipate the visitor’s question. This congenial, informed squadron of local experts sets a high standard not just for Minnesota Nice but for Minnesota Informed.