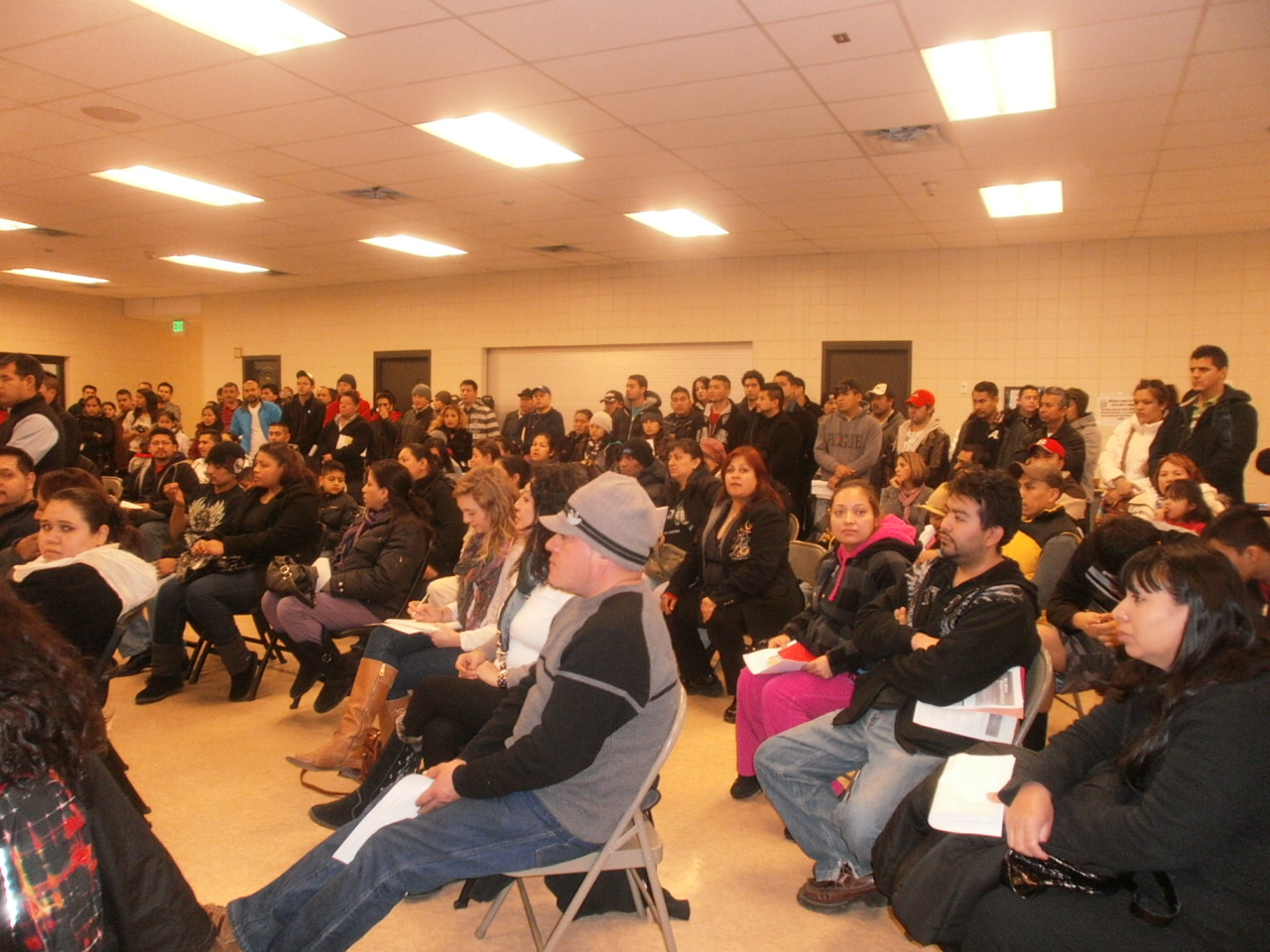 Latino community members want driver’s licenses regardless of their immigration status. That was the message they gave city and state legislators on Friday night at Waite House, where more than 170 Latino immigrants gathered to voice support for legislation to make people eligible for Minnesota driver’s licenses, without regard to immigration status.

Many community members, a third of whom were from Mexico and the rest of whom were mainly from Ecuador and Central American countries, gave emotional testimonials outlining various reasons for being in the country and for wanting driver’s licenses.

“I came here for a better life and I had to leave a lot of my family behind,” said Maria, a housecleaner, while fighting back tears. “But now I live and drive in fear. The other day I had to drive my daughter to the hospital because she was very sick with the flu, but I was driving in fear. I want to be able to drive my daughter without fear.”

Some stated that they took public transportation instead of driving but that this wasted time they could be spending time with their families, working or involved in the community. Others said they were concerned that taking public transportation sometimes threatens their own personal safety.

One man, Jose, said that he would drive to work but that the current law forces him to take public transportation late at night. He returned home from his job at 1 a.m. one night and was walking home from the bus stop when a gang attacked him and beat him up. “I’ve had serious consequences for my health because of this incident, “he said. “I would like to be able to go to work freely.”

Others said they drive without a driver’s license, but drive in fear of the consequences. But many said that the need to make a living and support their families makes driving worth the risk of getting caught.  “We need to take our children to school and to their activities!” one man shouted from the crowd.

In perhaps the most gripping example of the consequences of driving without a license, Rosi, 28, shared her experience of being stopped by the police on the way to the hospital when she was in labor. After much time had passed and she felt her contractions getting worse, she panicked and screamed in desperation, “If my baby dies, it will be your fault!” The police finally let her off without a penalty, but asked her and her husband to get out of the car and call someone for a ride.

People voiced plenty of reasons for wanting driver’s licenses—from wanting to purchase car insurance without fear, to wanting to contribute to the economy (“We have money and the economy is bad, so we can help,” said one man)—but the stories frequently focused on the psychological effect of driving without a license. It seems that many Latino immigrants are driving regardless of the current law, but feel, and are, criminalized for doing so.

Mariano Espinosa, Access and Outreach Specialist for the city of Minneapolis and a facilitator at the event summarized the reasons for the legislators by saying, “Those are all good reasons for wanting a driver’s license. But most importantly, we aren’t criminals, we are human beings.”

State Senator Dibble told the crowd that he is committed to passing the bill, and City Council member Elizabeth Glidden assured the group that she and Lilligren will fold the community’s demands for driver’s licenses into the city’s legislative agenda when it comes time to lobby at the capitol.

“I have to admit, I wasn’t sure what to expect when I came here tonight,” said Glidden. “But it is a privilege and inspiration to be in this room with so many people tonight who care about this issue.”