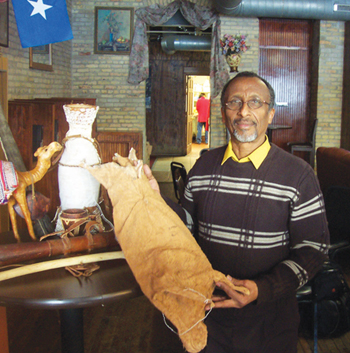 On Friday, March 15 and Saturday, March 16 there will be a benefit held at Lincoln International High School in South Minneapolis to increase awareness of and support for a Somali Artifact and Culture Museum. The concept for the museum comes from the mind of Osman Ali, a local businessman and Somalia native who has been living in the Twin Cities with his family for more than 17 years.

The museum will be the first to showcase Somali culture and artifacts outside of Mogadishu (which is no longer in operation), and the only one of its kind in the United States and the world.

Ali’s arrival and subsequent settling in the United States might be considered a twist of fate, as he initially did not intend to come to America, much less make his home here. He actually was living in Dubai for years, where he said he had a good life, before coming to Minnesota.

Although Ali held a well-paying job with excellent benefits, and the government paid for his family’s home (which he described as a “large villa with a swimming pool”), he was encouraged to consider making the move to the States by friends and family who had grand illusions of what life is like living in America.

“The name of America was big in the Middle East,” says Ali. “If [someone asks if] you want to buy a visa to America for $30,000, they would accept… If somebody from America says, ‘Hey, don’t go there, you’re going to struggle. Nobody’s going to give you anything, you have to work hard. If you don’t work hard, you won’t eat,’ they won’t believe you,” Ali explains. 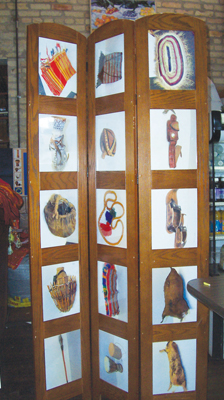 His chance to experience life in America came when a friend of his filled out an application for a lottery visa on his behalf. After being picked (his friend was not selected), Ali headed to America with his wife and children. His job in Dubai gave him three months of paid time off to make the trip.

After staying in the United States for a few months, Ali began to realize that life for him might be better in Dubai and decided to move back there. His wife and children opted to stay in America. Feeling the need to be there for his family, Ali eventually resigned from his job in Dubai and moved back to the United States. He quickly realized that living and working in America was much more challenging and stressful than he was led to believe.

“I don’t sleep now [from] working 24 hours; I don’t get any rest. The money I [make from] work, I believe the IRS shares with me!” Ali laments. After working a few different jobs, Ali started a catering business and later opened a coffee shop and restaurant in 2009.

Later that same year, Ali made a trip back to Somalia to visit his ailing father. It was his first time back to his home country in years, and the first time ever being in the Sanaag (also the name of his restaurant) region where his family originates. When living in Somalia, Ali lived in the southern region of the country. He was immediately struck by the beauty of the landscape of his home country, describing it as “a very nice place.”

People knew he had not lived in Somalia for many years and expected him to have a hard time with the language and not know much about the culture. Ironically, Ali was very much connected with Somali culture through some of the work he did in the U.S. that was geared towards meeting the needs of the Somali population in Minnesota, which has the largest concentration of Somalis in the United States.

Ali says he also produced the first Somali movie in Minnesota (titled Farsamo iyo Filanwaa – which means Unexpected Technicality), and helped with organizing the first Somali concert in the area.

Ali started building up a collection of Somali artifacts when he began to look for pieces to decorate his restaurant and home. When he inquired about where he could find a sibraar, which is a traditional Somali milk container made from goat skin, local Somalis did not know what it was. This is when he began to notice a disconnect between Somali people and the history of their culture, and that much of that culture is in danger of being lost completely.

Currently, Ali has collected over 700 items from all over the world, with a large number of them coming from another collector in Ohio who was moving back to Somalia. Ali says that the collector was offered thousands of dollars for certain pieces but did not want to break up the collection. When he heard about Ali’s plans to open the museum, he offered to sell the entire collection to him for whatever he could afford.

The main purpose of the museum is to provide an information resource for people interested in learning more about Somali culture and traditions; they also hope to help the children of Somali immigrants raised in the United States, with little to no knowledge of their culture, to become familiar with Somali traditions and connect to their past.

The long-term vision is to “make a place that is the go-to location for Somali culture,” says museum outreach director Sarah Larsson. Ali met Larsson through working with the African Development Center of Minnesota, which helped finance Ali’s business and is where Larsson is the director of community development research.

After finding out that Larsson was earning her degree in anthropology, Ali shared his vision for the Somali Artifact and Culture Museum with her and asked her to be involved in the project. Larsson says that another goal of the museum is to “help dispel the stereotypes about Somalia.”

She admits that before getting involved with the project, when she thought of Somalia, visions of pirates, war and famine came to mind. Now Larsson realizes that Somalia has “this rich, amazing culture [with an] ancient history of merchants, poets and artists.”

Ali is still looking for space and additional funding for the Somali Artifact and Culture Museum. The benefit, held at Lincoln International High School, 2123 Clinton Avenue South in Minneapolis on March 15 and 16, will start at 3 pm on both days.