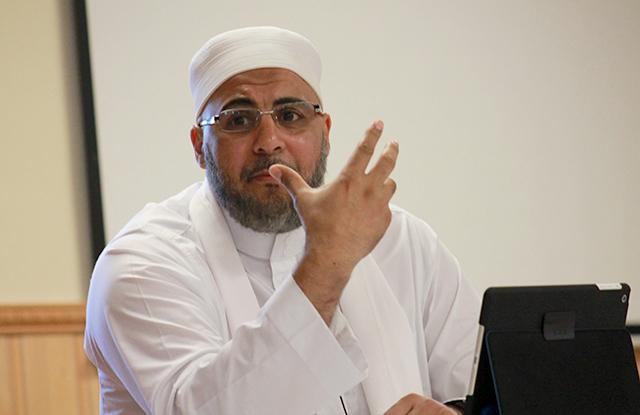 Any time a militant organization rises with violent acts in the name of Islam, some Muslim leaders grow vocal in denouncing radicalization as they distance their faith from terrorism. Often times, some of these religious leaders seem to condemn certain actions or groups because the society expects them to do so — or because they’re concerned that critics might put them in the spotlight for their silence.

But Sheikh Jamel Ben Ameur, an Islamic scholar and imam of Masjid Al-Tawba Islamic Cultural Community Center in Eden Prairie, has refused to denounce the Islamic State in Iraq and Syria for one reason, he says: because the news reports about the Islamic State are “confusing” and “complicated.”

Ben Ameur has called on his Muslim counterparts to be careful about their comments regarding the group amid developing revelations that several Twin Cities Muslims have been recruited to join the Islamic State, which is also often referred to as ISIS or ISIL. In the most recent instance, two Minnesota men — Abdullahi Yusuf, 18, and Abdi Nur, 20 — were charged this week with conspiring to support the terrorist organization.

When he spoke to a crowd of about 100 Muslims at Masjid Al-Tawba earlier this fall, Ben Ameur said many people in the Muslim community ask Islamic scholars to condemn the group. And Ben Ameur has a message for those seeking his view on the ISIS issue: “We don’t need to accuse people of something we don’t know about. We don’t have to jump into judgment.”

In June, the Islamic State declared an Islamic caliphate, and designated Abu Bakr Al-Baghdadi as the caliph and “leader of Muslims everywhere.” Since then, ISIS has remained under a global microscope that has magnified its violent actions, which have including crucifixions and beheadings, most notably of American journalists James Foley and Steven Sotloff.

Despite international media reports of the murder of these men — which U.S. and British officials as well as family members have confirmed — Ben Ameur has expressed skepticism about the authenticity of the videos and news reports. “We don’t know if [ISIS] did it or not,” he said. “This is confusing; we don’t know the news that’s coming to us. [Therefore], we don’t want to name names.”

Violence in the region is ‘not Islam’

When it comes to the acts of violence that the Islamic State has reportedly perpetuated in Iraq and Syria, however, Ben Ameur has been quick to say that those actions are un-Islamic, a remark that President Obama echoed during a September speech on ISIS. “Those actions are not Islam,” Ben Ameur said. “To empower Islam doesn’t mean to kill people and to takeover [territories].”

And Ben Ameur has warned ISIS admirers in Minnesota and other parts of the world against joining the group. “Why go there?,” he asked the crowd at the even early this fall, a group of mostly young men. “Who are you going to help?” he asked. “For someone to leave his family behind is wrong. We have families here. We have peace here. We can implement our religion in a way we can’t do in our countries.”

Ben Ameur was speaking about the dozens of Minnesota Muslims who have slipped away since 2008 to join Al-Shabab in Africa and the Islamic State in the Middle East. The most recent suspected wave believed to join the Islamic State includes Abdirahmaan Muhumed, 29-year-old father of nine, who reportedly died in August fighting for the Islamic State in Syria. Douglas McAuthur McCain, 33-year-old African-American, who attended high school in Robbinsdale, also died for ISIS around the same time and in the same battle as Muhumed.

“I kind of feel sorry for McCain,” said Jamal Omar, an American-born religious leader who converted to Islam nearly 20 years ago. “He was a young man, and obviously people had taken advantage of him with certain ideologies. I’ve noticed that a lot of these youth that go join these movements are disenfranchised youth. Then all of a sudden, they become religious and they start joining these movements, which I find kind of interesting.” 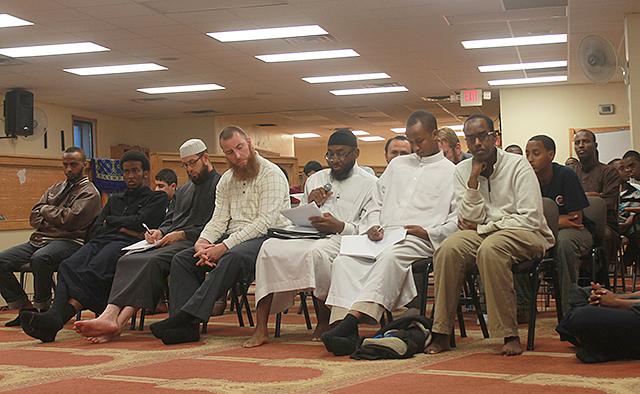 A crowd of about 100 Minnesota Muslims attended a presentation earlier this year about the caliphate state through Islamic prospective at Masjid Al-Tawba Islamic Cultural Community Center in Eden Prairie.

Federal officials have estimated about 100 Americans have left the country to join terrorist groups in Syria, with about six to 12 residents of the Twin Cities, according to Special Agent Gregory Boosalis, a spokesman for the FBI’s Minneapolis office.

Without condemning a particular group, Ben Ameur described the Iraqi and Syria situation as meaningless violence. He urged young Muslims to be careful about the choices they make in life. “Don’t let your emotions guide you,” he said.

Ben Ameur added: “Those who ask about contributing [to Islam and Muslims] and making a change, do good in your society. Start with your family and community here.”

‘Caliphate’ through an Islamic perspective

Influential and armed Islamic organizations fighting to establish Sharia law have always existed in many parts of the Islamic world. And while the Islamic State has a lot in common with these organizations, two things make ISIS stand out: The declaration of a “caliphate” — or an Islamic state — and the appointment of a ‘caliph,’ a supreme religious and political leader for Muslims throughout the world.

A caliphate is a governing system that was put in place after the death of Prophet Mohammed, Ben Ameur noted, and it isn’t an obligation upon Muslims today to establish such a system. When it existed previously, it was a system of ruling wrapped with justice, mercy and peace, he added — not about fighting for power and seizing land. Moreover, he said, “the implementation of the law of Allah should be included in the needs of the people. The realities of the people should be considered.”

The establishment of an authentic Islamic state is complex and requires representation of all Muslims, Ben Ameur said, and the creation of previous caliphate systems was more than just a group of people coming together and announcing Islamic states and leaders.

Islamic states after the death of Prophet Mohammed were named by Ahlul Halli Wal ‘Aqd — people of influence and authority — a group of people with respect and integrity among Muslims who were charged with making important decisions.

Some of the requirements for a legitimate caliphate state include the ability to have the power and finances to be responsible for all Muslim nations, to be just and merciful. “If the implementation does not fulfill that, then we’re not to follow them,” Ben Ameur said. “The society creates caliphate. Caliphate does not create a society.”