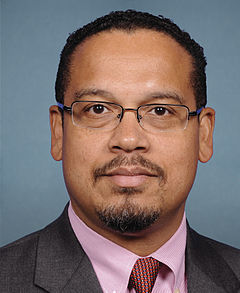 According to the 2013 Out of Reach report from the National Low-Income Housing Coalition, Minnesota has the least affordable housing for minimum wage workers in the Midwest. Unfortunately, renters feel the cost burden the most. Some fifty percent of renters in Minnesota pay more than one-third of their income for housing.

At a housing policy forum sponsored by the Minnesota Housing Partnership on April 4, Rep. Keith Ellison (D-MN) shared his latest legislative proposal, H.R. 1213 or the Common Sense Housing Investment Act. If passed, the legislation would modify the current mortgage interest deduction by reducing the size of a mortgage eligible for a tax break to $500,000 and converting the deduction to a 15 percent non-refundable tax credit.

Lack of affordable housing is not a new problem, but changing demographics could make it worse. According to Housing America’s Future, a recent report issued by the Bipartisan Policy Center’s Commission on Housing Policy, “the nation’s 41 million renter households account for 35 percent of the U.S. population.” That demographic is likely to grow. Rep. Ellison says renters’ lack of disposable income is contributing to a cycle of poverty. This has become evident in the increasing numbers of homeless families in Minnesota. “Over 10 thousand people in Minnesota are homeless each night and since 2009, the number of children in emergency shelters rose by 44 percent,” he said.

Barry Zigas, another panelist at the forum, is a long-time housing advocate and member of the bipartisan commission. “We have programs that don’t solve the problem, yet we feel obligated to protect them because that’s all we’ve got,” he said. Zigas highlighted three major problems with today’s federal housing policy. There is a lack of affordable housing, market failure that has created an imbalance in rental investments, and a tax deduction that does not benefit low income earners. The recommendations from the bipartisan commission are closely aligned with what Ellison is proposing, particularly targeting funds to those with the greatest need.

H.R. 1213 would benefit 16 million current homeowners who do not benefit from the mortgage tax deduction. According to Ellison’s website:

The bill would generate $196 billion over ten years in revenue, which would help provide critical resources to address the national rental shortage. The government spends more than three times as much on homeownership compared to rental housing, and nearly half of all rental housing pay more than 30% of their income for housing. The shortage primarily affects people under 25, African Americans, Latinos, the elderly, people with disabilities and low-income families. The bill invests the new revenue in expanding the Low Income Housing Tax Credit, Section 8 rental assistance and the public housing capital fund, and provides a source of permanent funding for the National Housing Trust Fund.